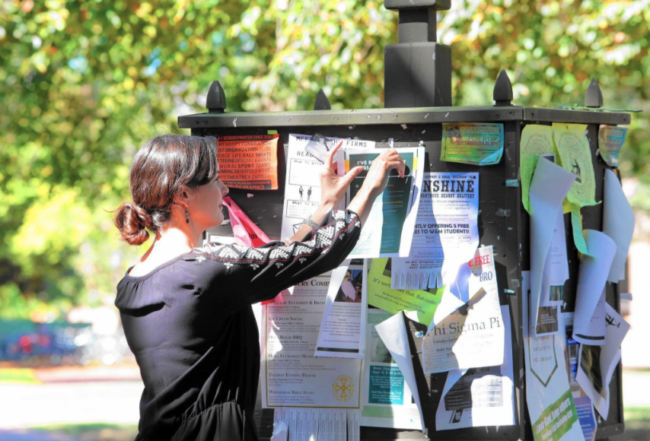 In May 2014, the U.S. Department of Education’s Office of Civil Rights released a list of 55 postsecondary institutions — including the College of William and Mary — under investigation for their handling of sexual violence and harassment. Today, the department’s ongoing Title IX compliance investigations encompass 357 cases at 256 institutions. The College’s original case remains open, and OCR initiated a second investigation Aug. 15.

Title IX Coordinator Kiersten Boyce said OCR’s new investigation is based on a June 2016 student complaint, while the 2014 one is a broad review of university policies, procedures and case handling.

“The new OCR investigation is much more focused,” Boyce said in an email. “A student made an internal report of sexual misconduct to the university in 2015. The university investigated and adjudicated that report. The student subsequently made a complaint with OCR regarding the university’s handling of the report and other actions relating to the student.”

Title IX, the federal law that prohibits unequal treatment of the sexes in educational spaces, has long been associated with university sexual misconduct policies. According to data provided by the Department of Education, OCR has opened 441 sexual violence Title IX investigations since April 2011. Eighty-four cases have been resolved, and 357 remain open.

The College’s 2014 and 2017 investigations were both initiated in response to a single student complaint.

As per department policy, the office did not share specific details regarding the 2014 investigation with the College but requested records and information, interviewed students and administrators, conducted focus groups with students and reviewed individual student case files. The program-wide review remains open, but OCR has not contacted the College regarding the case since February 2015.

OCR notified the College of the second Title IX complaint Aug. 18. University spokesperson Brian Whitson said the new investigation is focused on a specific case rather than a broad overview, but he could not predict when either investigation would be completed. Boyce said OCR did not provide a specific timeline for resolution, but many investigations are completed within four to five months.

A Department of Education spokesperson declined to comment on the open cases, stating that as a policy, OCR does not discuss the details of its current investigations.

In June, OCR announced plans to limit its application of the “systemic” or “class-action” approach used in the College’s 2014 case. The shift to a more individualized, case-by-case approach is designed to reduce the length of investigations: OCR strives to resolve cases within 160 days, but The Chronicle of Higher Education reports that the actual timeframe is closer to 1.8 years.

OCR’s announcement was closely followed by U.S. Secretary of Education Betsy DeVos’ withdrawal of existing federal guidance on campus sexual assault. In 2011, the government outlined its approach in a “Dear Colleague” letter, which provided an unofficial but strict set of procedural guidelines. The letter encouraged universities to rely on a preponderance of evidence, allowing accusers to appeal not-guilty findings and adhere to a 60-day timeframe for resolution.

Sept. 22, DeVos replaced this Obama-era approach with new interim guidance, citing a lack of due process rights, particularly for the accused, in sexual misconduct investigations and adjudications. Finalized guidelines are still being developed, but Boyce and College President Taylor Reveley said they did not anticipate making immediate changes to campus policies.

We will closely review the interim guidance just issued, but do not expect it will require us to change course in any material respect,” Reveley said in an email.

“We will closely review the interim guidance just issued, but do not expect it will require us to change course in any material respect,” Reveley said in an email. “The William & Mary community has worked collectively to improve our efforts to prevent sexual violence on our campus and effectively address it when it occurs. This has been and remains an institutional priority.”

One of these efforts is the College’s Task Force on the Prevention of Sexual Assault and Harassment, which released its findings and recommendations Sept. 10, 2015.

In the time since, the College has implemented recommendations such as opening The Haven, conducting campus-wide sexual climate surveys, creating a centralized misconduct reporting portal and offering updated faculty and staff training.

Moving forward, the College will focus on projects including the “I Can, I Will” bystander intervention initiative, graduate student training and a four-year education plan that utilizes different approaches based on class year.

“An implementation team is actively engaged with students and survivors on how we can make William & Mary a leader on an issue that plagues every university campus in the country,” Whitson said in an email.

Student advocacy has also pushed the College to evaluate its handling of sexual harassment and assault. 16(IX)3, a group dedicated to ending sexual violence in the College community, has proposed revamped sexual misconduct policies to the administration, worked with Title IX staff to create informational packets for those involved in investigations and created first year experience educational programs.

Still, Brendan McDonald ’18, head of outreach for 16(IX)3, said he was concerned about the recent guidance released by the Department of Education.

“Title IX is more of a building block,” McDonald said. “It doesn’t do anything perfectly. There are a lot of problems there that should be fixed and addressed, which is what 16(IX)3 is trying to do. … [Betsy DeVos’] statements are taking us a few steps backwards, moving the building blocks that we had established before.”