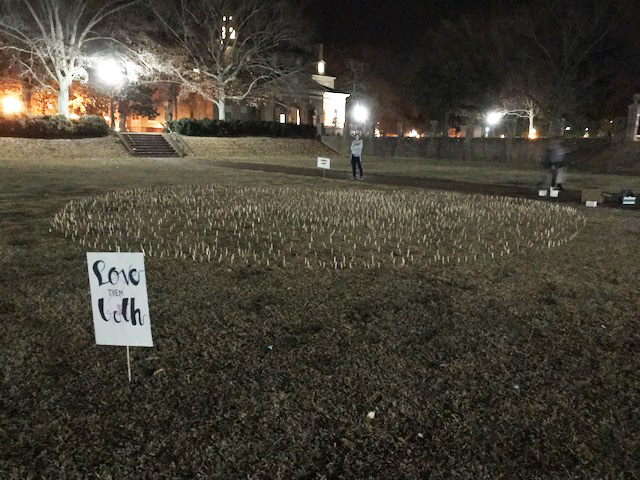 In the evening of Jan. 29, 2018, the William and Mary Police Department charged Daniel Sheaffer ’19, with one misdemeanor count of destruction of property. This charge comes from the removal of the display installed by Advocates for Life Jan. 21.

“The students who set up the display followed the university’s process and protocol for these types of demonstrations,” College spokesperson Suzanne Seurattan said in an email. “Vandalism or destruction of property is never an acceptable form of expression and clearly a violation of university policy. We are grateful for the hard work of William & Mary Police in this case and pleased an arrest has been made.”

Sheaffer is scheduled for his initial appearance in court Feb. 6.

The display was installed by Advocates for Life, an anti-abortion group based out of the Marshall Wythe School of Law. It was intended to commemorate the anniversary of Roe v. Wade, the U.S. Supreme Court decision that legalized abortion. Installed in the evening of Jan. 21, the display consisted of signs and 3,000 popsicle sticks, representing the average number of abortions that happen each day.

Around 12:40 a.m. Jan. 21, members of Advocates for Life found their display in a nearby trashcan on the Sunken Garden. They reported this to the WMPD, and an investigation was opened.