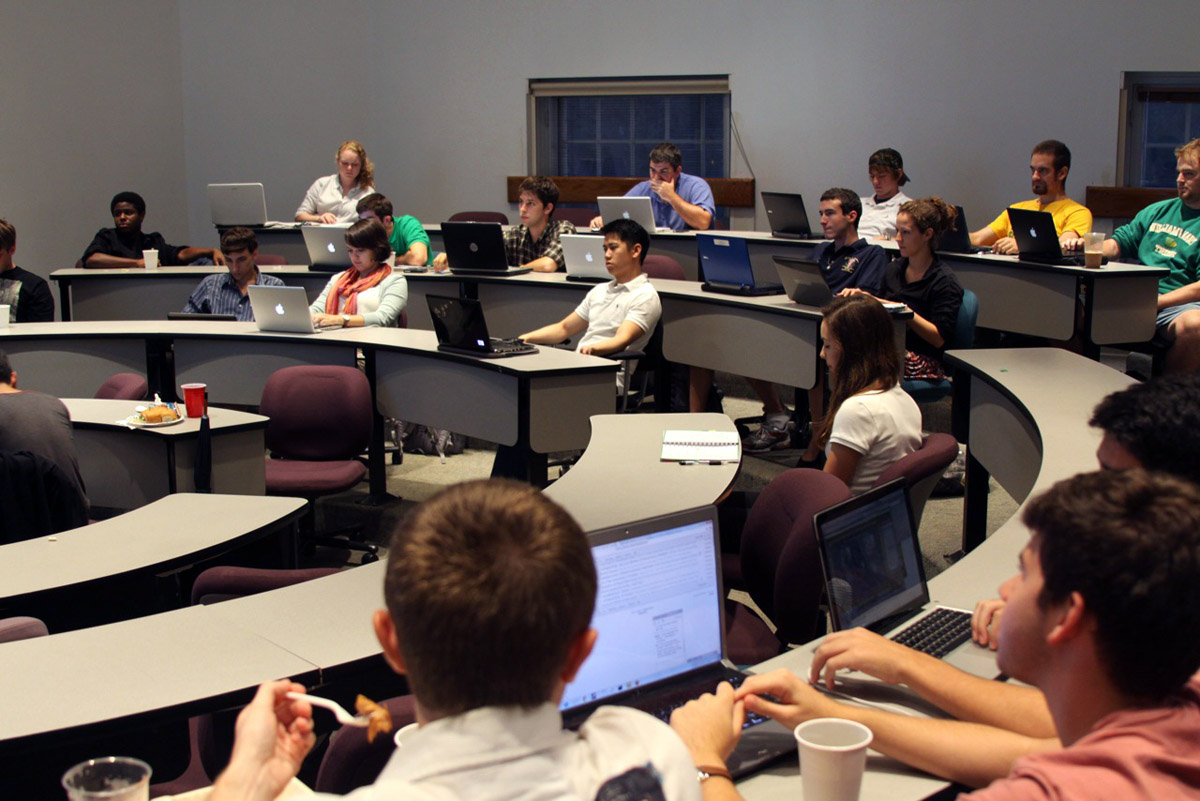 The 319th Student Assembly held its first meeting of the new semester Tuesday at its new location in Alan B. Miller Hall, room 1082, discussing three major pieces of business.

First, the SA discussed the WCWM Fest Concert Act. This act would contribute $20,000 from the Student Activities Reserve Fund to WCWM, the on-campus radio station, to aid it in its proposed festival to be held later this semester.

“It’s really in everyone’s best interests to be able to put on a program for a large number of students,” Chairman Noah Kim ’13, sponsor of the act, said.

The SA sent the act to the Finance, Outreach, and Student Life Committees for debate before voting in future meetings.

Next, the SA discussed the Project VOICE Partnership Act. This act would allocate $1,500 from the Student Activities Reserve to aid the funding needed to bring TED Talk speaker Sarah Kay and the group Project Voice to campus for I Am William and Mary Week later this semester.

The Center for Student Diversity, the Office of Student Affairs and AMP have already donated a total of $3,000 for the speaker.

The SA forwarded the act to the Finance, Outreach, and Student Life Committees.

Lastly, the SA proposed The Missing Molly Act to help the assembly deal with the temporary absence of Vice President and Presiding Officer of the Student Assembly Molly Bulman ’12. Bulman has a public policy class that conflicts with the meeting times for the first six weeks of the semester.

According to the Student Assembly Code, Kim   is to act as presiding officer in her stead during her absence.

Assembly members were concerned with the consolidation of power this would create and proposed The Missing Molly Act.

“If there’s a tie for the bill vote [Bulman] gets to be the tie breaker,” act sponsor and SA Law School Representative Andrew Chan ’09  J.D. ’12 said. “This bill would charge Kaveh with appointing someone for the next six weeks.”

Many members felt the code should be left to stand as is, permitting Kim to act as Presiding Officer in Bulman’s absence.

“I see this bill as unnecessary because the code already tells us what to do,” Mike Wagner ’12 said.

In the end, the SA voted against the act, 14 to 4, and Kim will act as both Chairman and Presiding Officer until Bulman’s return later this semester.

“I will try and make my dual roles…as smooth as possible … there really doesn’t need to be much conflict. I don’t anticipate creating any,” Kim said.