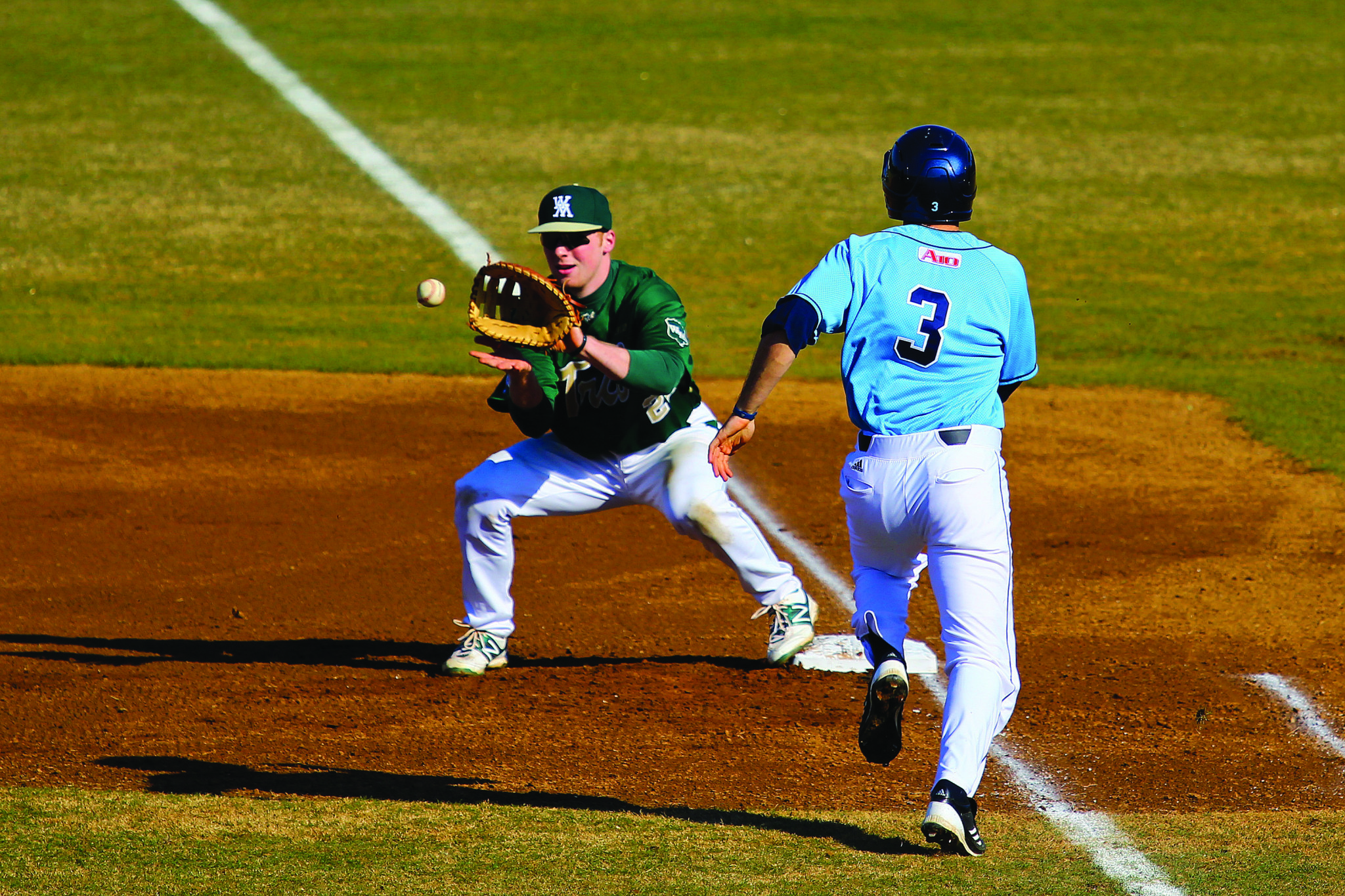 William and Mary’s seven-game winning streak was promptly stopped this weekend when the Tribe fell to Northeastern 8-0 Friday before dropping two of three in a weekend series to the CAA-foe Huskies.

After besting Virginia Military Institute both at home and on the road, sweeping a four-game set in Williamsburg against the New York Institute of Technology and then dealing George Washington an 11-1 beatdown, the College’s offense stalled over the weekend, losing its conference season-opener and dropping the series while scoring just seven runs in three games. The Tribe (10-7, 1-2 CAA) rebounded to notch its first conference win of the season 4-3 Saturday before losing the rubber game by the same score Sunday.

The Huskies (7-4, 2-1 CAA) opened the series by jumping all over senior starting pitcher Cole Shain, tagging the southpaw for two runs in the second, third and fourth innings. Shain wouldn’t come back out to pitch the fifth, finishing the day with five earned runs on nine hits.

His counterpart, Northeastern starter Andrew Leenhouts, was lights out from start to finish, going the distance in a four-hit shutout while striking out ten and walking just one. The Huskies got to freshman relief pitcher Jason Inghram for two more runs — one earned — in the sixth before finishing the day with 12 hits. The Tribe committed four errors in total.

Senior starting pitcher Matt Davenport took the hill for the second game of the series, which looked like it’d be more of the same when Northeastern got on the board with two runs on one hit and an error in the top of the first.

But after its dismal Friday at the plate, the College got the bats going early Saturday. Junior second baseman Kevin Nutter was hit by a 2-1 pitch to lead off the first before junior center fielder Ryan Brown reached second on an error, moving Nutter to third. After sophomore third baseman Ryan Lindemuth struck out swinging, senior designated hitter Tadd Bower singled to right, driving in the two baserunners to give the Tribe an early 2-1 lead.

The College added another in the third when senior catcher Chris Forsten singled, stole second and came around to score on an RBI single from senior left fielder Stephen Arcure. Then, in the third, Brown, Lindemuth and Bower led off the inning with three consecutive singles to load the bases. Freshman first baseman Michael Katz then lofted a fly ball to left deep enough for Brown to tag up and score, giving the Tribe a 4-2 advantage.

After his shaky start, Davenport cruised the rest of the way, allowing just one more run on two hits in the fifth en route to getting the 4-3 win on a complete game, seven-hit performance. The righty struck out five without walking a batter as the College evened the series at one game apiece.

But the Tribe’s shaky defense would once again cost the squad dearly Sunday. After Nutter scored on an RBI groundout by Lindemuth in the first and the College doubled its advantage in the third, the Huskies took the lead in the fourth on a two-out rally made possible by an error by Nutter. Northeastern capitalized, going on to put up three unearned runs on junior starting pitcher Matt Wainman in the inning.

The Huskies then took a 4-1 lead in the eighth after junior pitcher John Farrell gave up a solo home run.

Brown scored on an RBI fielder’s choice by Forsten to pull the Tribe within a run in the eighth, but Northeastern closer Michael Foster shut the door in the ninth. Wainman took the loss, going seven and a third and allowing three unearned runs on five hits while striking out five.

The College returns to action Tuesday when it hosts Quinnipiac.