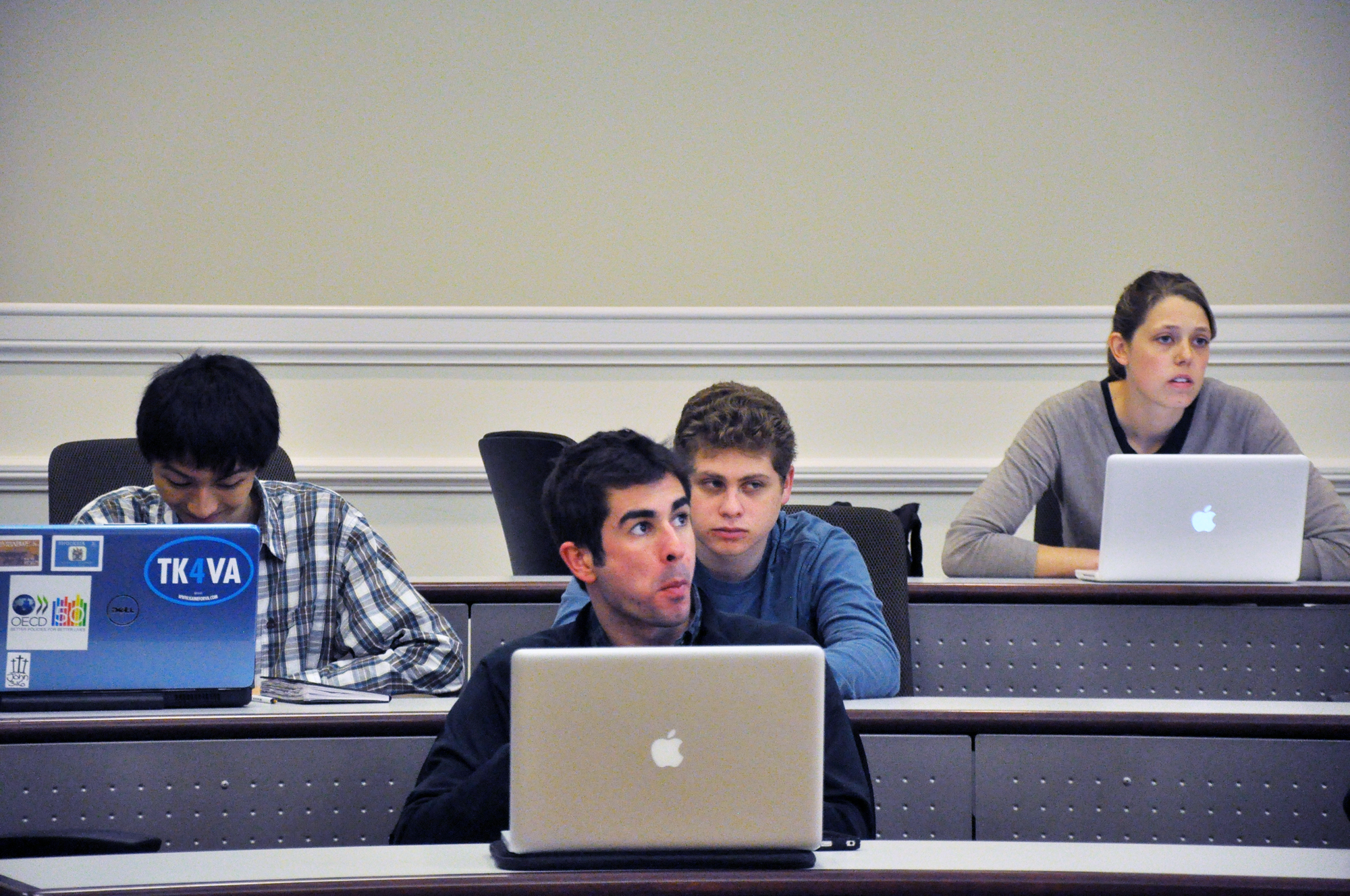 The student activities fee will increase by $6 to $98 next year as a result of a measure passed by the Student Assembly in a budget meeting Feb. 28.

Finalizing the budget required the approval of different organizations and political bodies in addition to the SA Finance Committee. There was some contention regarding proposed amendments to the budget and a number of other issues, including blue books and speaker funds.

The Senate voted unanimously in favor for increasing the money allocated to subsidize STI testing for students. The amendment was spurred by the necessity of topping off the fund during this academic year.

Blue books, however, incurred greater debate among senators, prompting questions of necessity and variability of use for the product.

“The amount of use of the blue books by students is very variable. Science students have probably never seen a blue book,” Senator Grace Colby ’13 said. “Departments should be paying for them.”

However, the policy’s popularity resulted in a positive vote of 13 to six.

“We pay for things that are somewhat unconventional but that are extremely popular to the student body,” Senate Chairman Noah Kim ’13 said. “Exam blue books are among the most popular things we do.”

The proposed Let the Students Decide Who is to Speak Amendment did not meet such approval. The amendment would have taken money from AMP’s speaker fund and reallocated it to the Student Activities Fund, allowing groups other than AMP to apply for funds to bring in speakers.

Questions arose regarding ability of groups to procure prominent speakers.

“The reason AMP gets so much more money for speakers than other clubs is because they have the ability to bring in more speakers,” Colby said. “I don’t think lowering [AMP’s speaker fund] will help any other groups bring speakers. I think it would just hurt AMP.”

After approving the budget and its two amendments, the Senate unanimously approved the Thomas Jefferson 250th Anniversary Act. The act allocates $5,000 to help pay for a campus wide AVAdventure in celebration of Jefferson’s birthday.

“We haven’t had a big campus [AVAdventure] in a long time,” Student Body President Kaveh Sadeghian ’12 said. “We are looking to do this event with AMP as well to help with advertising and things like that.”

The Senate also approved the End the “R-Word” Day Funding Act. This act allocated funds to aid in the establishment of a day to raise awareness about the derogatory use of the word “retarded,” but some senators were not convinced the issue necessitated such a cost.

“I don’t think [the word “retarded”] is used to the point of spending this amount of money,” Mehan said. “I just don’t think a whole day dedicated to this is a worthwhile event.”

Other senators spoke out on the necessity to pass the act in accordance with moral implications.

“People with disabilities are still people, and a lot of times we ignore them,” Senator Ben Huber ’12 said. “That is exactly what you’re advocating for when you try and take this off the table.”

Lastly, the Senate approved the Free Room Act, which provides funding for a room where students leave items they no longer want and pick up anything others leave behind, similar to a thrift store.