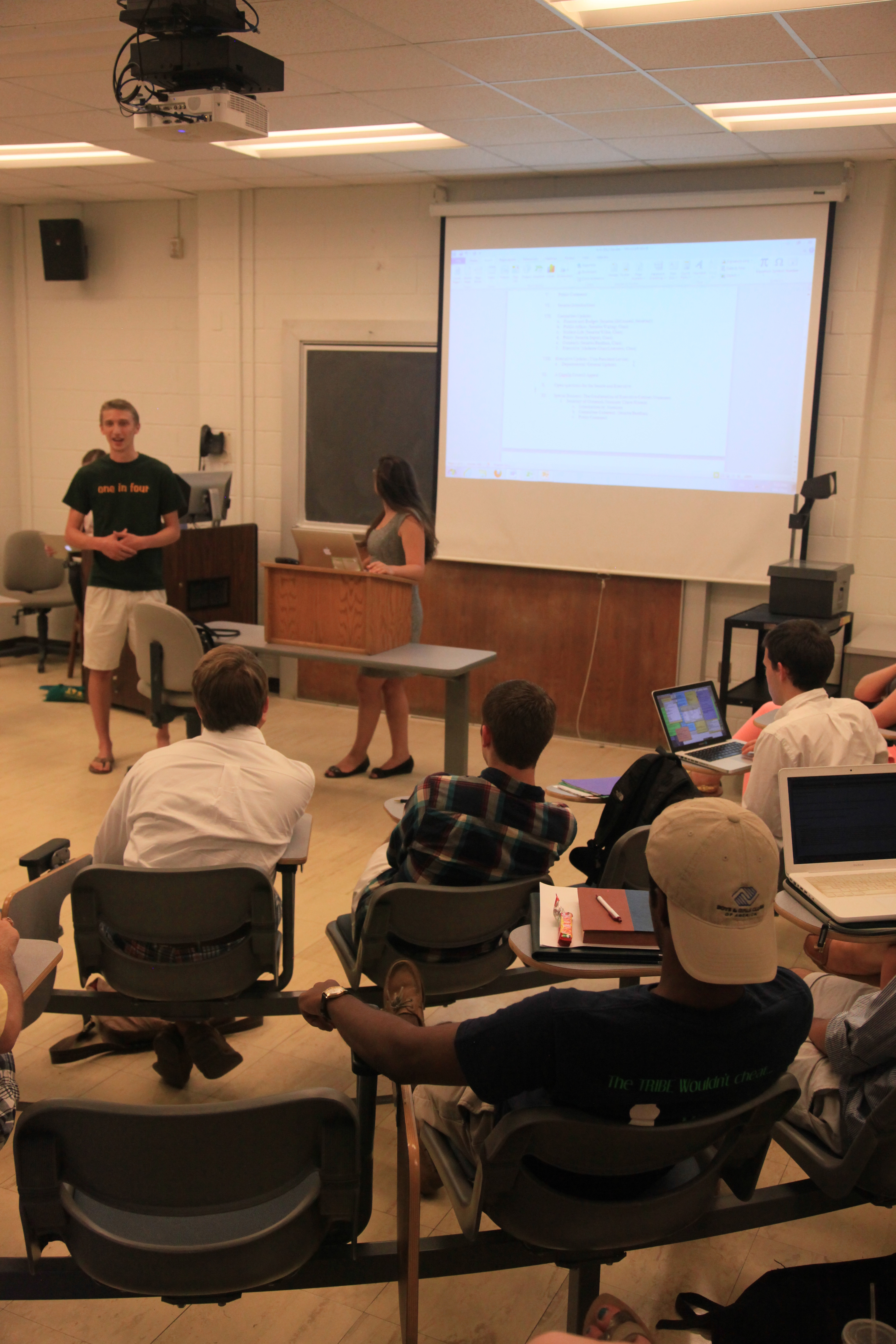 The Student Assembly senate allocated funds to the Get Out the Vote initiative to spread voting information throughout campus in Wednesday’s meeting.

As Tuesday, Nov. 6 is Election Day, both the legislative and executive Public Affairs Committees will utilize the $229 for fliers, bookmarks and brochures in efforts to increase voter awareness. Included information pertains to polling locations, polling times and Election Day information. Senators asked about the bipartisan nature of the information.

The Swem Snacks Act, passed in last week’s senate meeting, was reintroduced with an amendment allocating $18 for the one-time purchase of 1,000 plates. The senate unanimously approved the amendment and voiced their support for the initiative.

“We’re really excited about this because it opens up a whole bed of outreach opportunities,” senator Ishan Bardhan ’13 said.

The SA Senate plans to utilize the Sunday night healthy snacks to further the What Can the SA Do for You initiative by providing a fishbowl for suggestions, comments and questions College of William and Mary students have. Senators are hoping to place the snacks near the SA sponsored massage chairs and to include newspapers and magazines promoted by the SA.

“It’s going to be like the student assembly corner,” Senator Drew Wilke ’15 said. “We’re going to have snacks [and] reading.”

SA Vice President Melanie Levine ’13 announced that Spooktacular, canceled due to Hurricane Sandy, would hopefully be rescheduled as a fall festival. Senator Matt Gardner ’13 received the coozies which senators plan to distribute next week as part of the Better Education Efforts of Responsibility Act, or BEER, passed in September.

Madame Chair Kendall Lorenzen ’15 introduced the Code Revision Committee Act and sent the bill to the Executive Committee for further discussion. The bill would create a committee to update the SA Code to reflect the current practices. Proposed members of the committee are Waltrip, Lorenzen, Senator Colin Danly ’15, Senator Yohance Whitaker ’16, SA President Curt Mills ’13, and members of the Undergraduate Council Lemondra Watson ’13, the vice president of social affairs, and Ryan McManus ’13, the vice president of advocacy.