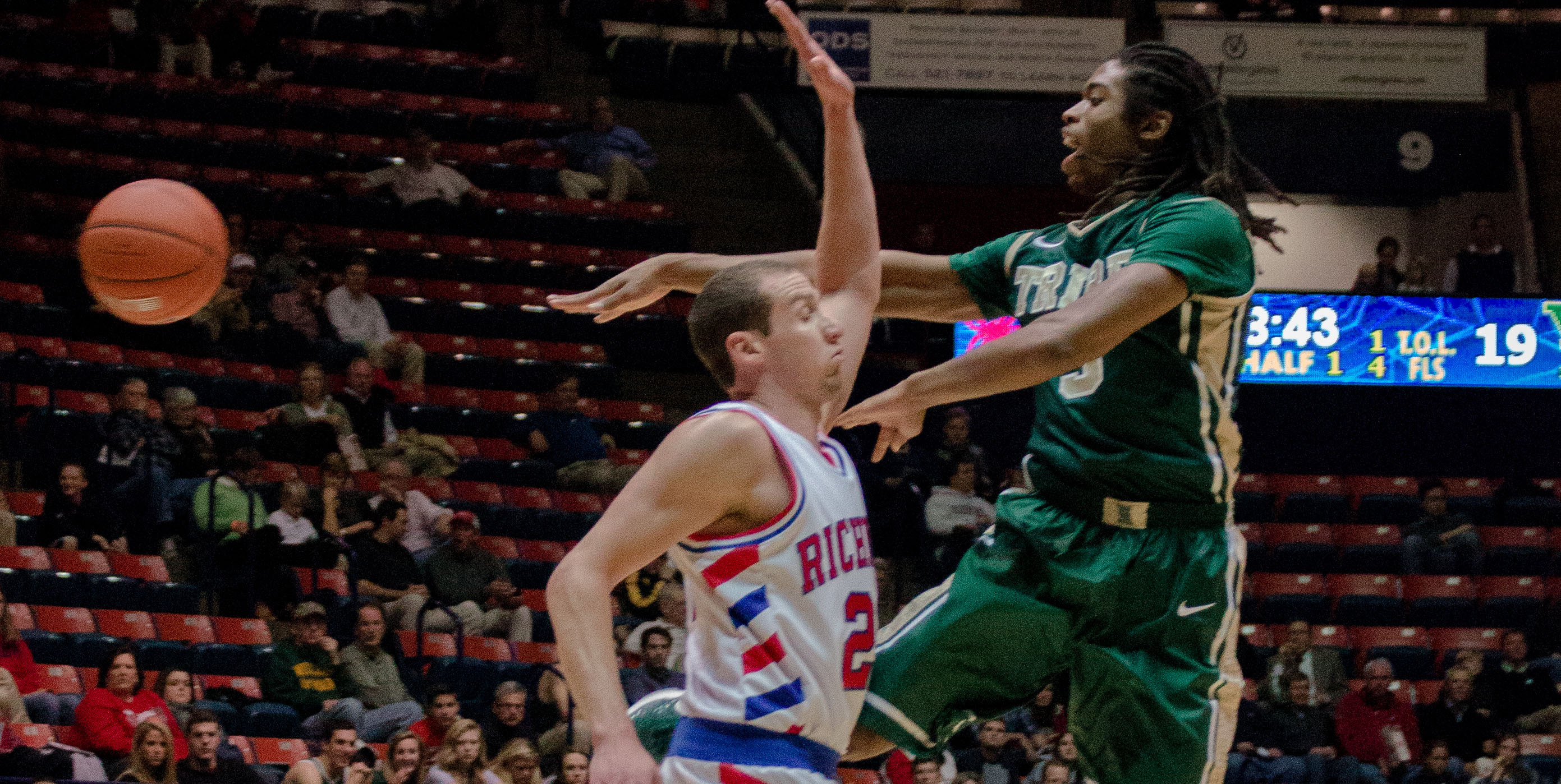 Forget the seven-game losing streak. Forget the opponent. Forget that the game is on the road. Forget the usual starting line-up.

So much of William and Mary’s game against conference frontrunner Northeastern (12-7, 7-0 CAA) came as a surprise, a shock that didn’t fit the losing skid: a furious comeback, clutch shots, defensive stands.

But then came overtime. And then double-overtime. Suddenly the College (7-11, 1-6 CAA) faced an all too familiar scene. For the third time this season, the visiting Tribe stepped back on the court for two sessions of extra play.

And for the third time the College lost in double-overtime, as Northeastern escaped with the 95-91 win in Boston Wednesday.

After a lackluster first half, the Tribe used a ferocious rally to pull within two after being down as many as 16 points.

“A tough loss for us, that’s for sure,” head coach Tony Shaver said. “We did a lot of good things in the second half. I’m disappointed with how we started the ballgame. It’s been a little bit of what our team has done in the last few weeks, is that we’ve had a stretch that just destroys us, but I am very proud of the fact that we played so hard and so well in the second half.”

As has become the norm, the team looked to sophomore guard Marcus Thornton as regulation wound to a close. Down two points with less than 15 seconds remaining, Thornton came up with a steal and hit junior guard Brandon Britt in stride for the game-tying fast-break layup.

Thornton, who scored all 23 of his points in the second half and extra time, again kept the Tribe alive. Neither team was able to establish any sort of solid lead, and the overtime period came down to the wire just as in regulation.

Down three points in the first overtime, Thornton drilled a clutch 3-pointer from the left wing, pushing the game to double-overtime.

Senior guard Matt Rum nailed a shot to pull within one, but that would be as much as the College could muster. Fueled by a Joel Smith layup, Northeastern used a 7-0 run to put the game out of reach.

Throughout the losing streak, which now sits at eight, Shaver has struggled with unbalanced scoring. Sorely needing a win, Shaver tinkered with the starting lineup, allowing underperforming bench players more time on the court.

“It was a coaches’ decision,” Shaver said. “We were just trying to get some better production out of some of those positions, and I think it helped some of those guys tonight.”

The new look proved ineffective for the entirety of the first half. The Tribe shot just 34.8 percent as it entered the half trailing by 15.

Northeastern’s lead reached as many as 16 in the second half. Turning to their most reliable player, the College began to ride the play of junior center Tim Rusthoven. Rusthoven finished with a career-high 25 points, and added 11 rebounds for his third double-double of the season.