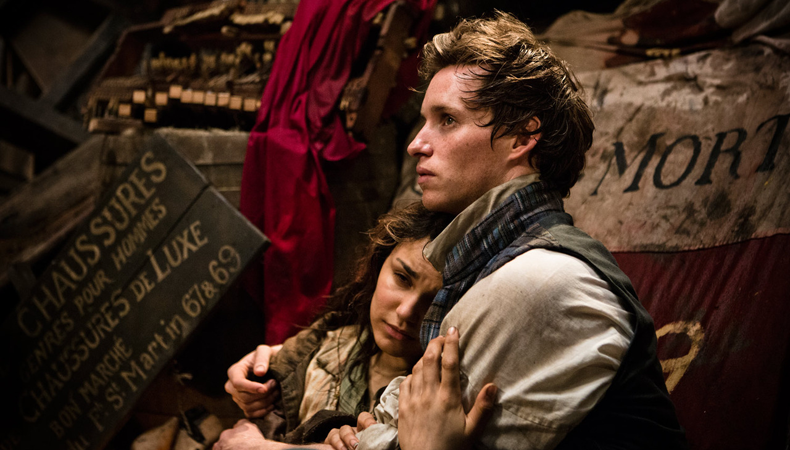 Unlike most film soundtracks, “Les Miserables: Highlights from the Motion Picture Soundtrack” was not recorded in a studio — what you hear on the soundtrack is what the actors sang in front of the camera. The effect is that each song captures the passion of each performance in a way that prerecorded tracks wouldn’t. Anne Hathaway’s “I Dreamed a Dream,” for example, would not reflect the same level of terror and sorrow if she hadn’t been getting her head shaved while singing. Live recording may be dangerous because it leaves room for error, but the authenticity outweighs any flaws in the singing. Hathaway’s strength is that she doesn’t try to sound pretty but focuses instead on the experience of her character, Fantine, to great success.

Hathaway’s counterpart, Hugh Jackman, who plays the lead role, Jean Valjean, in the film, carries much of the soundtrack with powerfully raw vocals. While his introspective “Who Am I?” is cut from the album, his talent is showcased in the heartfelt prayer, “Bring Him Home.” Samantha Barks, who is no stranger to “Les Miserables” after appearing in the 25th Anniversary Concert version of the musical, still had big shoes to fill in the role of Eponine, following stars such as Lea Salonga, but rises to the occasion and confidently delivers one of the film’s show-stopping numbers, “On My Own.” Eddie Redmayne, the male romantic lead, Marius, is surprisingly good even though he was one of the few previously unknown cast members. His rendition of “Empty Chairs and Empty Tables” is another standout due to its powerful vocals and chilling tone of despair. The two performers who were met with the most skepticism from audiences for their questionable singing abilities — Amanda Seyfried (Cosette) and Russell Crowe (Javert) — exceeded our expectations. Seyfried, while not as strong vocally as someone like Barks, complements the other performers nicely with her soft soprano, while Crowe delivers a solid, if not outstanding performance. “Stars” and “Javert’s Suicide” are two of the most emotionally-laden songs on the soundtrack, and although his voice is not his greatest strength, Crowe’s acting abilities are preserved in the recording. Despite the heavy tone of the musical score, Helena Bonham Carter and Sasha Baron Cohen, who play the Thenardiers, provide much needed comic relief in “Master of the House,” an energetic anthem of petty thieves.

The soundtrack’s greatest strength is that all the songs are connected and carry over between numbers. The haunting melody of “I Dreamed a Dream” belies the Act I finale, “One Day More,” as Eponine sings of her lost love just as Fantine once sang of hers, and the revolutionaries prepare to head to the barricades. “One Day More” is one of the strongest tracks on the album because of its ability to weave together the highlights of the score and because it features the talent of the whole cast.

For those newly acquainted with the music, the omission of certain verses, songs and solos may not detract from the listening experience. Those more familiar with “Les Miserables,” however, will notice verses cut from “I Dreamed a Dream,” “Castle on a Cloud” and “Look Down,” among others. The album attempts to compensate for these losses with a new original song, “Suddenly.” While the track isn’t objectionable, it certainly does not get stuck in your head. But beware the other songs: You might notice yourself humming “Red and Black” under your breath on the third floor of Earl Gregg Swem Library.