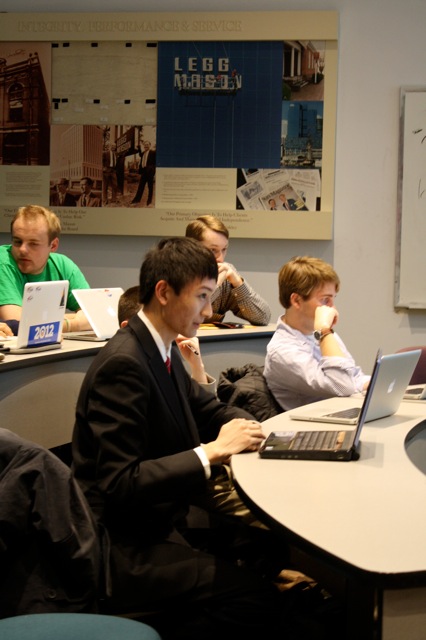 Effective Wednesday, Feb. 6, the act subsidizes the four most common STI tests administered to College of William and Mary students by $9, institutes a $500 freeze limit to the account, and charges SA Secretary of Health and Safety Jake Lewitz ’13 to update the senate on the account’s funds weekly.

The $500 freeze limit was added to the Student Health Act at the Tuesday senate meeting in response to previous miscommunications with the Student Health Center. After returning from winter break, the SA’s STI fund fell to $1,800. To reassess the spending of this account alongside other SA financial problems, the SA froze the STI accounts and stopped administering free STI testing while the Student Health Act was being written.

According to Madame Chair of the senate Kendall Lorenzen ’15, however, the SA did not communicate this freeze to the Health Center, and the center continued to administer STI tests to students for free. This, coupled with the planned Free STI Testing Week in January, resulted in the Health Center spending the remainder of the STI fund and accumulating about $2,100 in debt for the SA. In total, the Health Center spent $3,900 on free STI testing in January for 29 individual students.

“[SA President] Curt [Mills] sent out an email to [Student Activities Accountant Anita Forrest], Jake [Lewitz] and myself, and I think that it never got communicated to the Health Center that they needed to stop [administering free tests],” Lorenzen said.

In light of this incident and other miscommunications between the SA and the Health Center, senators questioned the continued withdrawal of money from the STI account by the Health Center, referencing the earlier retroactive charge they received at the beginning of the semester, a major cause in the current low levels of the budget.

“I’m in favor of this [bill]; it’s just that we’ve had a kind of dicey relationship with [the Health Center] that puts me a little at ease, and I don’t think that this bill is going to cut it,” Senator Colin Danly ’15 said. “I don’t think this bill is strong enough to communicate to the Health Center that [they] can’t keep charging us. …The last thing I want to do is [create] more bureaucracy and more red tape… [but] we just lost $2,100 that we could put to this and instead we’re in debt. … It’s embarrassing for the Student Assembly and the [Health Center].”

Senator Drew Wilke ’15 suggested freezing the account when a $500 balance was reached. This would give the senate time to reassess the STI subsidization policy and determine whether to refund the initiative at $9 or implement a new plan to continue to save limited SA funds. Wilke’s idea was added as Clause Five to the approved bill. Following debate, the senators also added to Clause One in order to require Lewitz distribute a weekly update to the senate on the financial state of the STI account.

Despite the change to the STI fund, senators opted to keep the $3,800 allocation with the plan and to reassess STI funding policy later in the semester.

Senators believe the change from free STI testing to subsidized STI testing will result in fewer students requesting tests as well as curb the habitual use of STI tests by students.

“I think that the subsidy, for better or worse, is going to greatly reduce the testing,” Senator Daniel Ackerman ’16 said.

Lorenzen used STI test statistics from last semester to project that a $9 subsidy would result in about $4,950 in funds spent on STI tests this spring. She calculated that at least $1,000 of the $1,800 would remain in the STI fund when the senate passed the act. She included this $1,000 in her prediction and drafted the originally proposed Student Health Act to allocate $3,800 to reach a total of at least $4,800 to subsidize STI tests for the rest of the semester. Instead, the SA will use part of the $5,000 marked for the Charter Day Ceremony and concert that went unused to pay the $2,100 owed to the Health Center and the $3,800 from the bill to subsidize STI testing for the rest of the semester.

“It’s better to address those upstream issues rather than just saying, ‘Fine you can get 1000 free STI tests a semester,’” Lewitz said.

Lastly, Senator A.J. Sapon ’13 commended Secretary of Finance Brett Prestia for pursuing and receiving a refund for the miscellaneous charge of $400 that appeared in Prestia’s financial update earlier this semester.