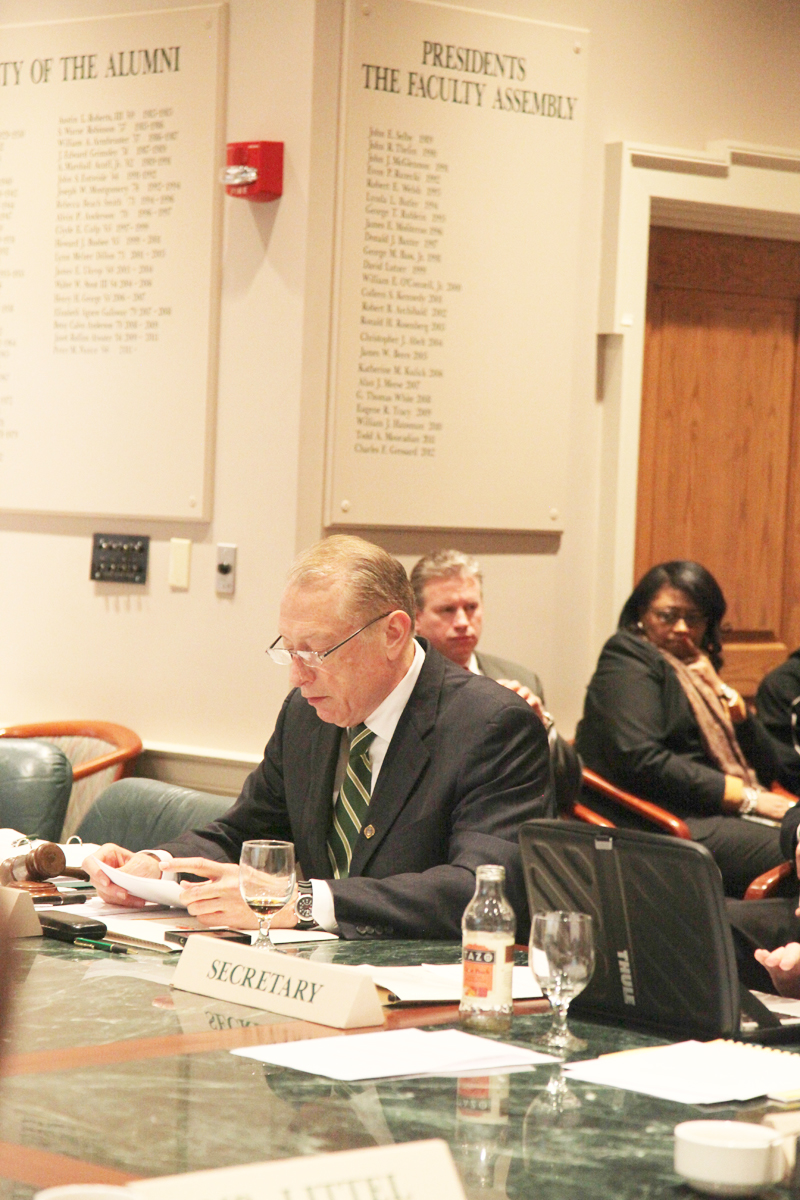 When Sue Gerdelman ’76 was appointed by Gov. Bob McDonnell (R) to the Board of Visitors, her resume seemed to fit in well with those of the rest of the board. As an alumnus, she already had strong ties to the College of William and Mary, like most members who either studied or taught at the College. After graduating, Gerdelman worked to support the College, another similarity she shares with many BOV members. But Gerdelman shares one trait common with almost every other McDonnell appointee—she’s been an active donor to Republican candidates and causes.

According to Federal Election Commission records, those put on the BOV by McDonnell have donated a combined $520,000 to Republican campaigns, political action committees and advocacy groups, and over $12,800 to Democratic causes.Nonetheless, all BOV members have longtime ties to the College.

The BOV oversees almost every function of the school, including decisions on faculty and administrators, budgets and fundraising.

Appointees’ political views lining up with those of the governor who appoints them is nothing new. Kaine also tended to appoint donors to his party to the BOV. Of the 13 members he added or re-appointed, only three were prominent Republican donors. Rector Jeffrey Trammell, the chief officer of the BOV and originally appointed by former Gov. Mark Warner (D), said political affiliations are unimportant for the BOV.

“When I became Rector, I sort of checked my politics at the door to some extent,” Trammell said. “Because my allegiance is to William and Mary above all else at this point. … We do everything we can to further the College’s interest. The Board members use relationships …to the extent that they can be helpful to the College. They do it in Richmond and in Washington.”

The process by which the governor makes these appointments is unclear, but Mills speculated that oftentimes it’s based on personal relationships.

“Generally everybody on the Board knows the governor or the previous governor, whoever appointed him or her,” Mills said. “So often these are influential people in Virginia and specifically in Richmond, and often members of the Board will volunteer to do advocacy on behalf of the school. By in large, governors appoint friends, people of close influence and donors a lot of times.”

None of those appointed by McDonnell actually had any record of donating as an individual to his campaign, but almost all had donated to George Allen (R), Virginia governor from 1994-98 and senator from 2001-05 before failing to re-capture his Senate seat in 2012. McDonnell’s appointees together have donated more than $55,000 to Allen’s various campaigns.

Even with Democratic donors still serving on theboard, Trammell thinks the College is fortunate to have a governing body that works so well together. As a member of a national board of college board heads, he said he sees what it can be like when a BOV and college’s administration aren’t on the same page. For example, the University of Virginia’s Board of Visitors recently ousted their president, setting off a public outcry that ultimately led to her being reinstated.

“William and Mary is very fortunate in that regard,” Trammell said. “We get along with each other. For example, we don’t have the Chair of the Board fighting the President publicly.”

McDonnell could not be reached for comment on this story.