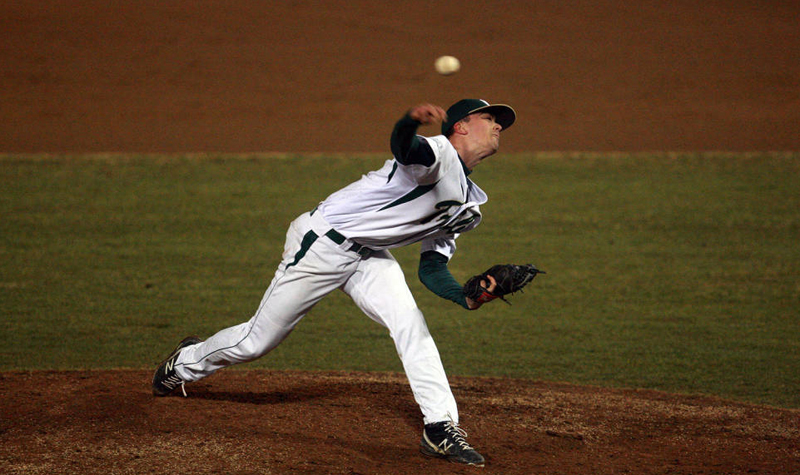 Over the last 72 innings of baseball, the College has pitched 67 scoreless innings.

All told, the College’s offense scored ten runs on 19 hits while leaving 16 runners on base. East Carolina struggled to find a solution to the Tribe bats, using a combination of five pitchers.

Castner walked no one while striking out eight batters in the win over Norfolk State. Collectively, the Tribe’s infield forced out six runners and fielded 13 groundballs.

At the plate, the College couldn’t muster the same offensive production from a night earlier. Nonetheless, the Tribe effectively utilized small-ball tactics to break a scoreless game open in the sixth inning.

Senior center fielder Ryan Brown watched four balls as he took first with a walk. Gould hit a grounder which, thanks to a fielder’s choice, plated Brown for the game’s first score. Hissey’s bunt later in the inning allowed junior second baseball Ryan Lindemuth to score from third base.

Once again, the small-ball strategy paid off, scoring Gould from third base. Hissey would score on a Norfolk State throwing error to cap the Tribe’s four-run sixth inning.

With one of its strongest pitching staffs in recent memory, the Tribe looks to continue the streak this weekend as Plumeri Park plays host to High Point. First pitch is scheduled for 7 p.m. Friday night.