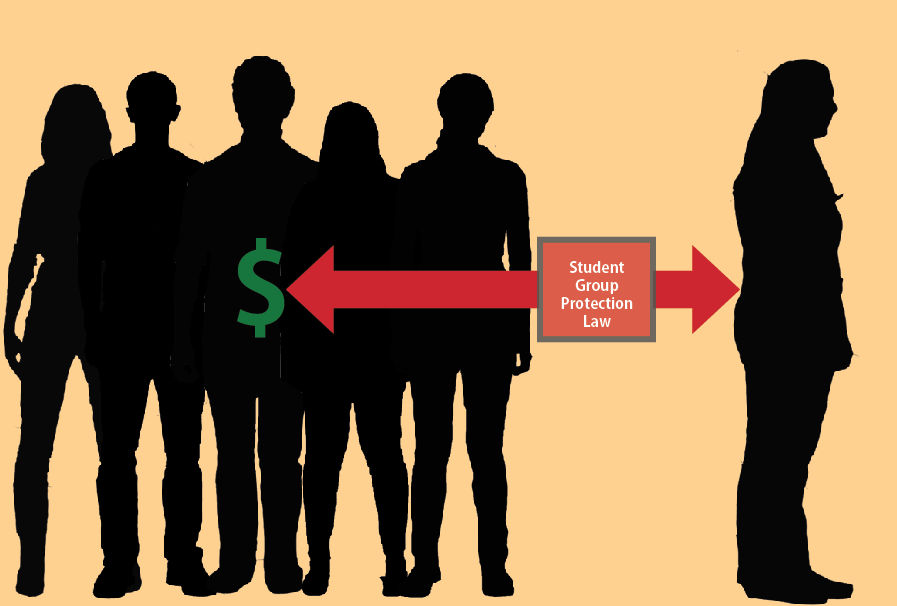 When Jonathan Schouten ’14  came to the College of William and Mary, he was excited to continue his Catholic traditions through Catholic Campus Ministries. By Schouten’s sophomore year, he obtained a leadership position within the club. But when he came out as homosexual midway through the fall semester that year, CCM Priest Rev. John David Ramsey revoked Schouten’s position within the club.

“To be barred from participating in an organization that’s supposed to strengthen my faith was not something I expected,” Schouten said.

A new law in Virginia legitimizes the exclusion of certain individuals from student groups based on religious, cultural or political aspects of membership. The General Assembly passed the Student Group Protection Act into law March 29. The law allows student groups at Virginia colleges and universities to receive funding and remain on campus even if they are not all-inclusive.

The law allows religious, cultural and political student groups to determine their membership based on these principles. While many College  campus groups are not discriminatory in membership, they now would have the option to exclude students and continue to receive state funding.

Section 2a of the University Regulations, Policies and Procedures  states, “Each member of the College community has a right in his/her dealings with the institution, and with members of the College community in the performance of their official duties, to be free from discriminatory treatment with regard to race, creed, gender, religion, national origin, or political belief.”

Additionally, the College’s diversity statement claims the school is “committed to establishing justice.” Opponents of the new law argue it may hinder such equality on campus.

“The two issues that you have are the rights of the individual and the rights of the group, and it’s really a balancing act,” Assistant Director of the Office of Student Leadership Development Trici Fredrick said. “You would hope that good will would make things amendable and students wouldn’t take the situations personal[ly].”

Schouten immediately decided to leave CCM after his leadership position was revoked because of his sexual orientation.

“William and Mary is a very inclusive college and community,” Schouten said. “What bothered me most of all is that CCM was allowed to use the name of William and Mary while being discriminatory. There is a huge inconsistency there.”

Because of the Student Group Protection Act, this action toward students like Schouten still entitles organizations like CCM to receive funding.

“I think what’s important is to recognize that it’s up to the club, and if your primary purpose is to spout a certain belief, it is important to make sure your members reflect that idea, and I think that’s where the policy comes from,” Fredrick said

In order to receive funding from the College through the Student Assembly, a proposed club must present a constitution to the director of student activities at a formal meeting.

“What’s sad is that you don’t want an individual to be offended,” Fredrick said. “We live in a society where we are able to believe what we want. But at the end of the day we can’t please both beliefs and ideals the individual and the group. So you would have to hope that a situation would be amended in a way that is civil.”