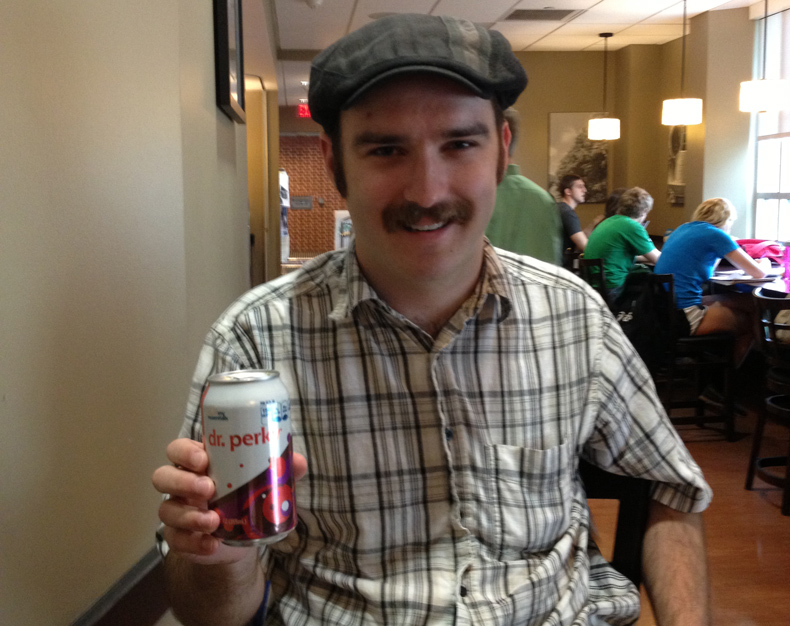 In 1792, all graduates during the commencement at the College of William and Mary gave speeches. Not surprisingly, this is no longer a tradition. Devin Braun ’12 M.A. ’13 is this year’s student commencement speaker for the class of 2013.

“No bribes, I promise,” Braun said, in reference to how he was selected to speak. “We submitted a generic draft of something [we] might say, and from that they selected semi-finalist and finalist groups who would give actual excerpts of things they might say to a committee of students and faculty and administrators. It was actually a much bigger audience than I was expecting. They took us over to Andrews Hall, and there were probably a hundred people.”

Braun is currently in the public policy masters program, and received an undergraduate degree in government and environmental policy in 2012. He was involved in many extracurricular activities on campus, including theatre productions and radio. He also completed the triathlon during his time as an undergraduate.

“Snapping turtles and all in the Crim Dell,” he said.

“Don’t view your activities and your whole experience as being a step on the career ladder,” Braun said. “This is your one chance where, in most cases, you’re being subsidized by your parents to actually do things that you really want to do, and it would be a real shame to waste that.”

“He’s come on my radio show a few times, actually,” Braun said. “We did a radio theater production of ‘Waiting For Godot.’ He’s come on four years in a row, actually, and played a part. We like to say that he played Godot, but that of course would mean that he wasn’t in the show.”

Having both undergraduate and graduate experience helped Braun appreciate opportunities at the College.

“I was on campus all four years of undergrad, so moving off campus for the first time and being in a more professional degree setting is very different,” he said. “The experience is a little more isolated in terms of the campus and environment. I love what I’m studying; it’s great, but it’s definitely given me an appreciation for the great opportunities that people have as undergrads.”

This appreciation is something Braun would like to impart in his speech, which he wrote with two goals in mind.

Despite the fact Williamsburg weather is not normally something students treasure, Braun said when he graduates he will miss springtime in the ’Burg.

“There’s an energy about spring here that’s really quite something,” he said. “Whether it’s people getting outside for the first time in five or six months, optimism about summer coming [or], for upperclassmen, … a feeling of nostalgia mostly contrived but part of it that’s legitimate.”

Braun is not entirely sure of his plans after graduation, but is looking at some government  positions in transportation and energy policy.

Something that will always stay with Braun is the change in outlook he got from his time at the College.

“This sounds absurd because I’m giving the speech, but I’d like to think I’ve become more humble in my outlook at life,” Braun said. “When you’re surrounded by thousands of people who are essentially just as smart, enthusiastic and intelligent as you are, it really changes your perspective.”