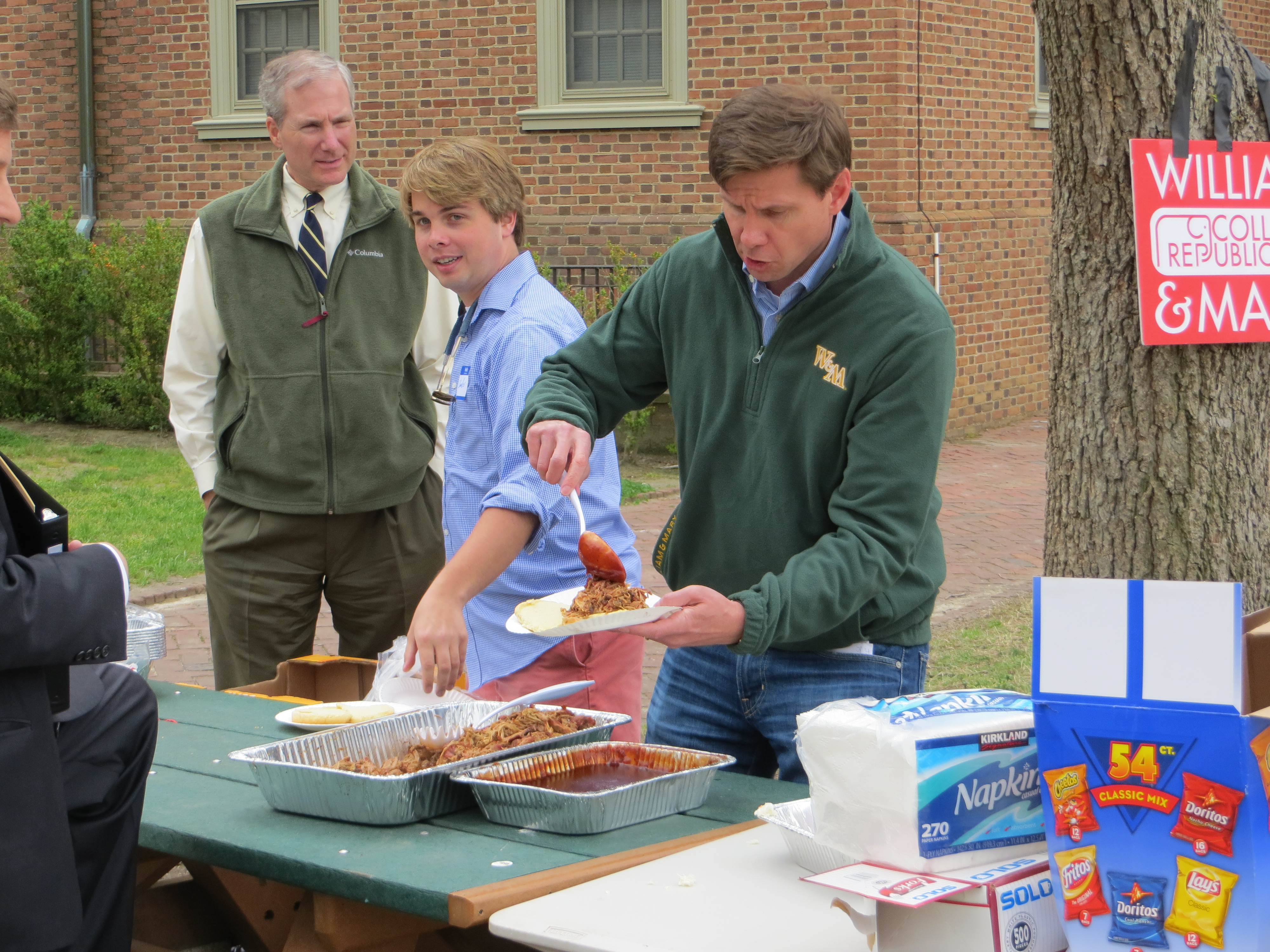 Casually dressed in blue jeans and serving a freshly roasted barbeque lunch, Board of Visitors member and Lt. Gov. candidate Pete Snyder ’94 talked to a group of supporters in the Bryan Complex courtyard April 22. Snyder announced his plan to run last November and has focused his campaign on improving Virginia’s economy and schools with conservative, free-market principles.

Snyder drew on his experience as founder and CEO of New Media Strategies — one of the world’s first social media companies  —  to explain his plans for Virginia’s education system. If elected, Snyder said he would champion charter schools to improve secondary education through market competition.

To strengthen public schools, he plans on reducing administration budgets by approximately 15 percent in order to increase teacher pay, thus drawing in more talented faculty without raising taxes. Snyder also argued for the elimination of the tenure system.

“I take a business perspective — education is a service economy. The end customers are parents and students. The people who drive the whole train are the teachers,” Snyder said. “What I’d love to do in Virginia is pay teachers better than anywhere else on the east coast, if not the country, but do it for performance.”

Snyder also argued the College should do all it can to be financially independent from the federal and state government. He was the sole BOV member to vote against the William and Mary Promise — a new financial model for the College — citing his disagreement with the proposed tuition increases.

“We can’t ask for more from the taxpayers of Virginia,” Snyder said. “I do like other parts of the plan, the efficiencies that they’re having, the heavier course load and increased productivity from our faculty. I do think we ought to be paying our faculty and staff more; I just want to find the resources in a different way than this plan.”

During his talk, he called Virginia’s gubernatorial race an important moment for the Republican Party’s future. He made a joke about President Ronald Reagan to drive home his point that Republicans need to modernize their message and platform.

“How many times did you ever hear Ronald Reagan give a speech about Dwight D. Eisenhower? He never did; he never said let’s dial it back to 1950 and everything will be alright,” Synder said. “He was relentlessly focused on the future.”

Snyder also plans to streamline government processes and foster economic growth, including the elimination of the corporate income tax and the absorption of the office of secretary of technology into the Department of Commerce.

“I would still say I’m undecided, but I was impressed by his energy and friendliness,” McCauly said. “It also seems like his background in social media and business is very strong.”

The Republican Party of Virginia will nominate the party’s candidates at their convention in Richmond.Chris Bond, Snyder’s campaign communications manager, said even though college students may be unlikely to attend the convention, Snyder still wants to reach out to supporters on a grassroots level.

“Securing the nomination has lots to do with how well you can work at the convention, but Pete really wants to grow the pie of voters involved in the primary process,” Bond said.