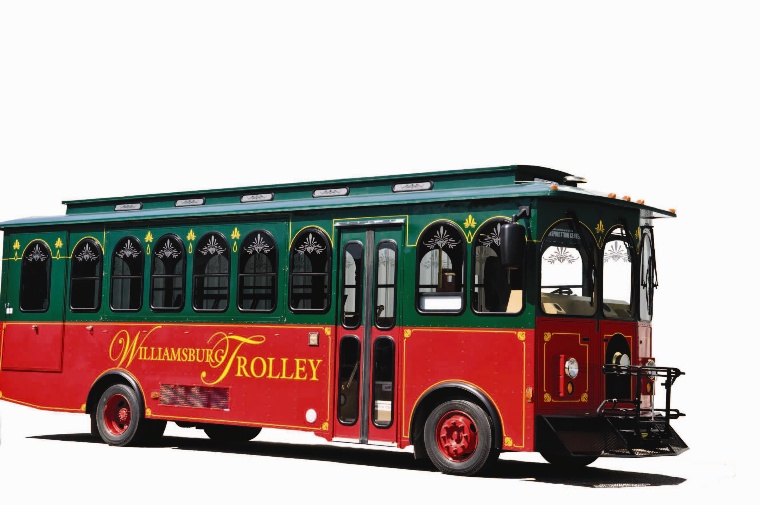 Fans of the Williamsburg trolley can breathe a sigh of relief; it will remain operational until at least January 2014. Fixed route bus service will also be extended. The Williamsburg Area Transit Authority (WATA) had proposed cutting the service due to a funding shortfall.

WATA’s Board decided to keep the programs running due to efficiencies found in their budget and local and national funding. Williamsburg Yorktown Daily reports that a possible federal grant of $42,000 may be awarded in September, which would help offset the cost. It also reported that money was raised from cutting one-hour paid lunches for WATA employees to 30-minute unpaid lunches, saving $100,000.

“The good news is that WATA was able to reduce its $1.2 million shortfall without significantly impacting transit services next fiscal year,” Mayor Clyde Haulman said in an email.

The decision came after public meetings in which community members were able to express their thoughts on the trolley and WATA’s services.

“We heard from many folks about the trolley,” WATA Executive Director Kevan Danker said. “Many people were concerned when they heard that the trolley might be cut.”

Danker says that because of feedback from the community, WATA was able to learn how to make the trolley run more efficiently. Wait time between stops is now shorter. WATA has also added more trolleys during busy weekends for Williamsburg. Three trolleys ran this past Independence Day, while in 2012 only one trolley ran. There will also be extended summer hours for fixed-route bus service through Labor Day.

Danker says the trolley will be reevaluated in December to see if the community is using it. If the WATA Board decides to cut the trolley or to cut back some hours, riders will start seeing changes as early as January 2014.

“Keeping the Williamsburg Trolley is a great thing, and the change to a 30-minute loop, which took effect on June 17, will hopefully make the service more convenient and reliable for students, residents and visitors,” Haulman said.

To read about the community meetings and the debate about cancelling the trolley, read https://flathatnews.com/2013/05/15/wata-considers-canceling-trolley/