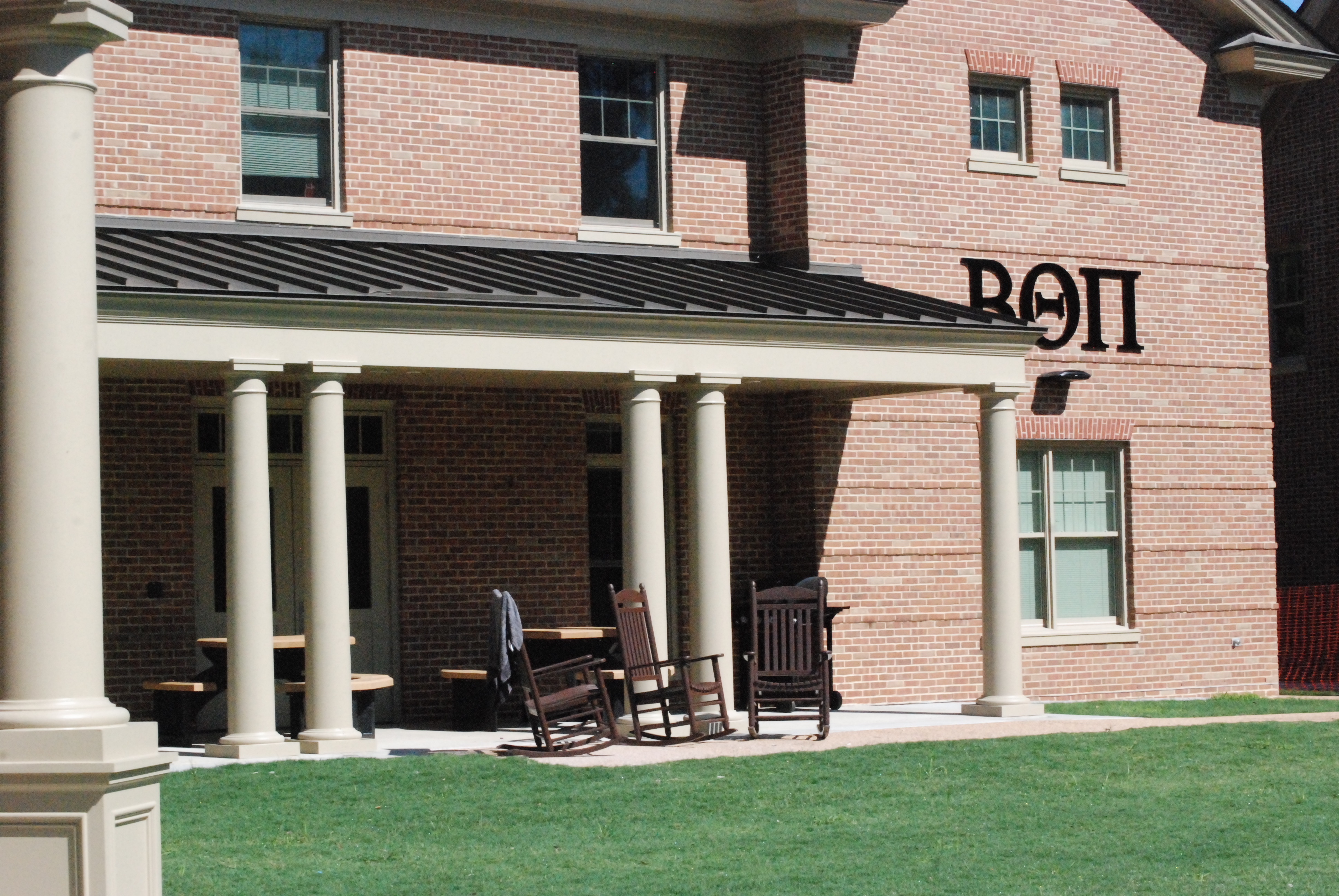 After breaking ground in January 2013, 11 new fraternity houses stand along the College of William and Mary’s Ukrop Way. While the fraternity houses only have enough room for 17 members to live per house, Wanye Boy, director of planning, design and construction, says they were designed so there is enough space for all fraternity members to come together for meetings and events.

“We built the size specifically so they all can be here,” Boy said.

Each house has a living room, a chapter meeting room, a kitchen and an outdoor seating area on the first floor as well as one single and eight double bedrooms.

Currently, only nine of the houses are home to fraternities — the other two were made available to students during the room selection process due to the loss of special interest housing for Pi Kappa Alpha and Lambda Chi Alpha, who also lost their charter.

“I think the most amazing thing is that this job was able to be accomplished in such a short amount of time,” Ginger Ambler ’88 M.Ed. ’06 said.

The fraternity houses have their letters mounted on the front and the back, with the exception of Kappa Sigma, which has its letters on the side. The crests that used to hang in the Units, now called the Green and Gold Village, can be mounted inside the house through a work order system. As of Monday, no fraternity has opted to do so.

Director of Residence Life Deb Boykin said she was wowed when she first entered the completed houses.

“When we did Jamestown, we had the wow factor and this has it to the same degree. I mean, it’s just beautiful. And the opportunity it provides for the chapters to really succeed with what they want to do and not be deterred by what they perceived as not good facilities,” Boykin said. “But with these nice facilities comes responsibility.”

Other features of the houses include motion activated lighting which can be controlled through dimmer switches. Each house may appear to have a wood floor, but they are actually a laminate composite, which is much easier to clean. The outdoor picnic tables are sustainable products that were made from wood pulp and recycled soda bottles. There are elevators in all of the houses.

Delta Phi fraternity has the third floor plan. Omega Alpha chapter Fraternity President Brett Prestia ’14 says it doesn’t feel like just a dorm, but like a real house. The fraternity opted to give the president the single room, which he is “honored to have.” The rest of the residents were voted in by the fraternity, but their bylaws made sure to include space for some of the younger members.

Prestia says that so far, the kitchen has been the most popular room. Many of the brothers opted not to get meal plans in favor of cooking in the kitchen. Another popular spot is their back porch.

“We were out there for hours yesterday,” Prestia said.