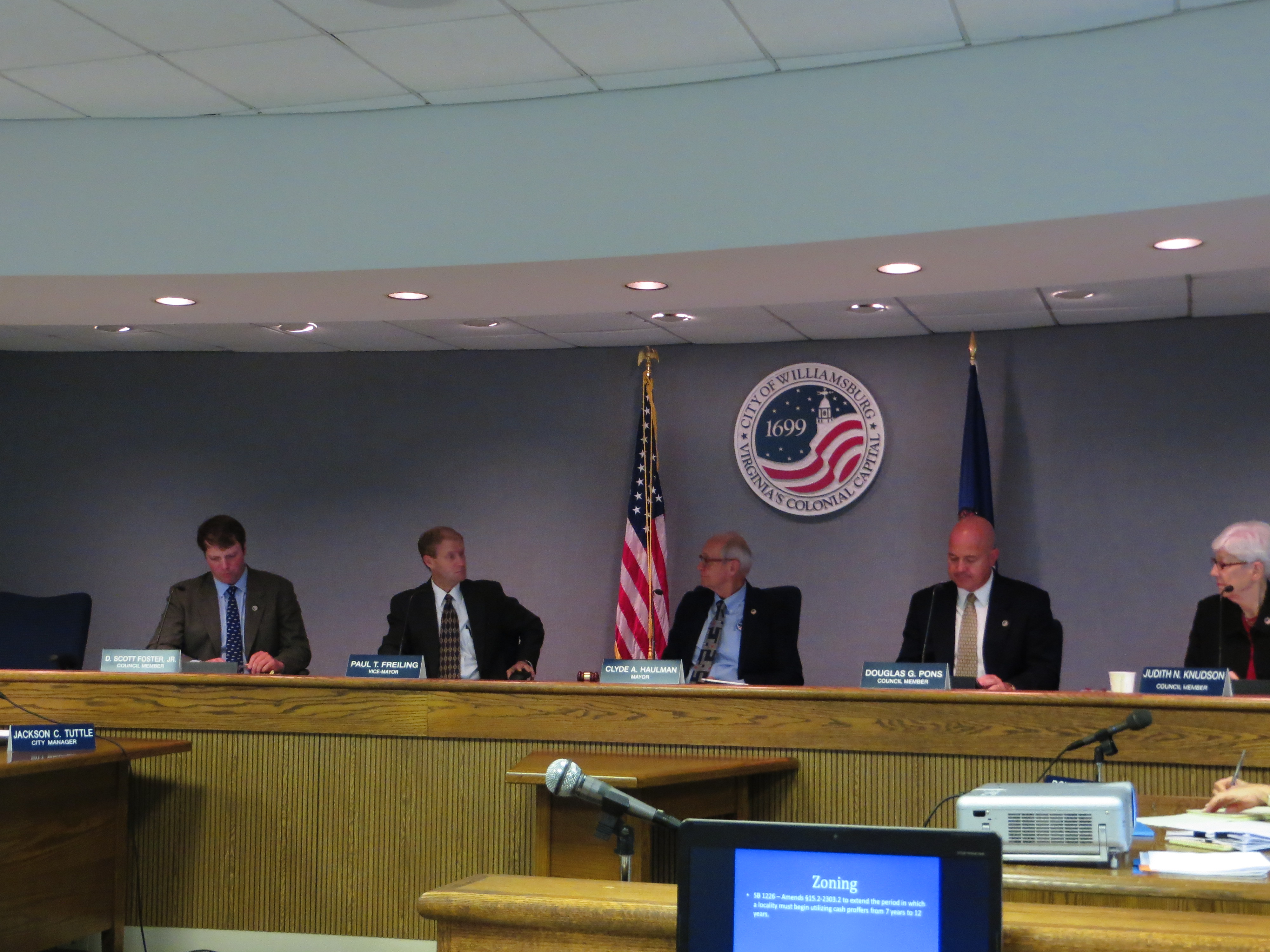 Williamsburg City Council passed measures to continue the development of the new downtown area and accepted a $120,000 gift from the College of William and Mary during its monthly meeting Thursday, Sept. 12.

The College’s gift is designed to help defray the costs of services provided by the city such as fire and EMS.

“It was a very generous gift, especially in light of tight budgets,” Mayor Clyde Haulman said. “It’s a strong statement of community partnership.”

The council awarded a contract to Messer Contracting LLC for $1,362,414 to conduct several pedestrian and street improvements throughout the city. VDOT and the city will share the expenses evenly.

“The goal is to extend the reconstruction to the east and all the way down to the Triangle Building,” City Engineer Aaron Small said.

Small said that the city is working in conjunction with the College of William and Mary, Mad About Chocolate and the Jewish Mother, a new live music venue set to move into the Triangle Building, to ensure the project satisfies those near the street.

The contract also includes seven other sidewalk and street improvements, several of which are close to the College. Lafayette Street from Harrison Avenue to Wythe Street will be narrowed to allow for the installation of a sidewalk, in order to accommodate the street’s large amount of foot traffic. Vice-Mayor Paul Frieling ‘83 praised the plan for making the road safer for cars and pedestrians.

“Because the road is so wide [on Lafayette], it takes a lot of driver restraint to maintain the 25-mile-an-hour speed limit. Narrowing it should make the traffic a lot safer,” Frieling said.

Another new sidewalk will be installed on Richmond Road from Waltz Farm to Patriot Lane, and will complete a sidewalk route from downtown Williamsburg to the Prime Outlets. The sites of other projects are on Bypass Road, Parkway Drive and York Street.

During the meeting a new Emergency Notification System for the city was approved to go live on Sept. 13. The system allows citizens to register for notifications online, and will cost the city $10,000 annually.

The council’s next meeting is scheduled for Oct. 10 at 2 p.m.