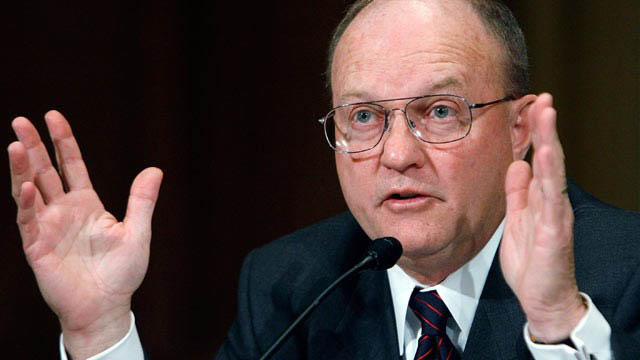 According to a former CIA operative with ties to the College of William and Mary, the United States does not have many options regarding the conflict in Syria.

During Tuesday night’s address, President Barack Obama told the American people he had evidence that “the Assad regime was responsible” for the chemical weapons attacks on the Syrian people.

“It’s really getting ambiguous to find out what the real truth is,” government professor and former Chief of Staff to Secretary of State Colin Powell Lawrence B. Wilkerson said. “Why are they calling it a White House assessment when it should be CIA?”

Raymond McGovern is a former CIA operative and former advisor to President Ronald Reagan. He posits that before Obama addressed the American people, his military advisors recommended he wait for the United Nations inspection report, which will be released early next week, before pushing for military action.

“What the administration spokespeople have is a masterpiece of deception,” McGovern said. “No one doubts that there were terrible casualties around Damascus and that Assad did it. The former is true, but where’s the evidence that Assad did it? Where’s the meat here?”

Except in cases of immediate threat or attack, the President does not have the power to declare war; that responsibility falls to Congress. During his address, Obama stated that “America is not the world’s policeman,” and thus he would ask Congress to postpone a vote authorizing the use of force while the U.S. pursues a diplomatic path.

“What’s worrisome is that they are now shaping the intelligence to fit policy, rather than shaping policy to fit intelligence,” Wilkerson said.

The U.S. has limited legal options until the United Nations releases its chemical weapons report early next week. According to Marshall Wythe Professor of Law Linda Malone, the U.S. should consider humanitarian intervention above all else.

The norms of international law state that whenever a civilian population is subjected to certain war crimes and crimes against humanity, the State has the right to protect itself against such crimes. However, if that State is unable or unwilling to protect its people from such crimes, then the UN Security Council can intervene.

“I really do think that there has to be a solution to this. As complicated as it would be, it goes back to a veto in the Security Council,” Malone said. “The odds of getting an amendment added would not happen in the context of this issue. It’s an outdated system in terms of the realities, but the odds of getting anything changed in the system in the time being is very slim.”

Just 24 hours after Obama’s address to the nation, U.S. officials confirmed that the CIA is sending arms and nonlethal materials to Syrian rebels. On Thursday, Secretary of State John Kerry began talks with his Russian counterpart, Sergei Lavrov, and reiterated his demands that the Syrian government give up its chemical weapons arsenal.

“I always have an answer for the next step, and right now I don’t see one. And no one is planning for one,” Wilkerson said.