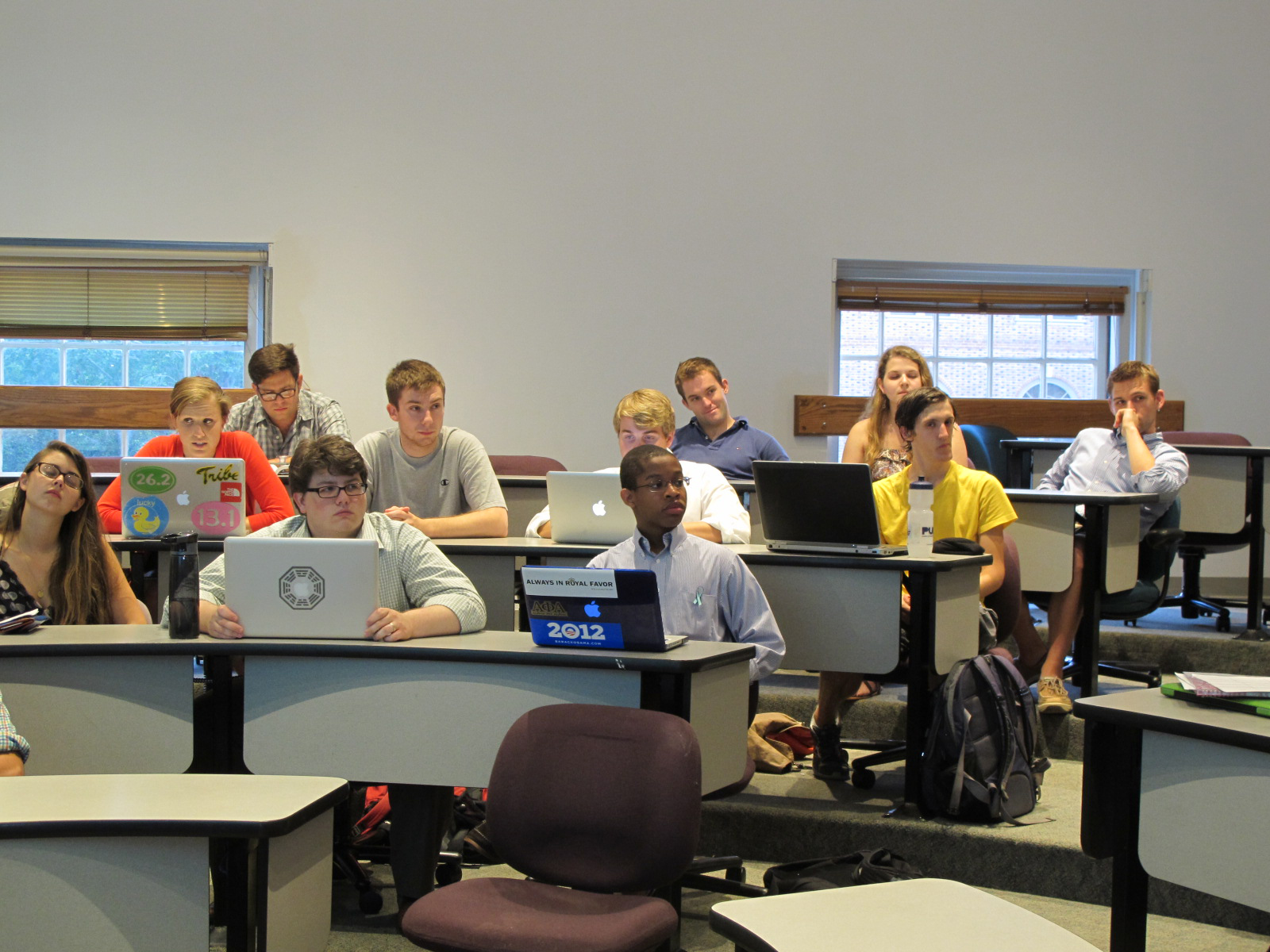 Nine undergraduates were approved to the final appointed SA positions for the 2013-14 school year in Tuesday’s meeting.

Jake Moyler ’15, Natalie Roberts ’14, Thibault Vermeulen ’16, Paul Bryski ’14 and Rebecca Youngdahl ’15 were approved as members of the Review Board, while David Wasserstein ’14 was approved as chair.

“We’re really excited about these seven nominees for Review Board this year,” Chief of Staff Drew Wilke ’15 said. “We’ve already started talking to David about having the Review Board work more on reviewing the code.”

Kate Skochdopole ’14 was approved as undersecretary of public affairs to Richmond. Rachel Brooks ’14 and Sean Sweeney ’14 were approved as the final two members of the election commission.

“For the week of homecoming, different organizations can apply for a grant to run an event for the entire student body,” Ackerman said.

Student organizations can apply for grants of up to $5,000. Senate Chair Will McConnell ’14 assigned the bill to the finance, student life and outreach committees.

The Photobooth Reimbursement Act passed unanimously, allocating $2,400 to pay Phantom Shadow Entertainment for taking pictures at the Convocation ceremony, which took place on the first day of classes.

“It is an outstanding contract, which means we have not paid it and we are in debt,” Sen. Colin Danly ’15 said. “And if we do not pay it, we are liable to be sued. … We should probably avoid this from happening again.”

SA President Chase Koontz ’14 originally planned on using the $10,000 the SA president is allocated in the summer to pay for the photographer’s services. However, a debt for the Dalai Lama’s appearance last fall surfaced, leading to the creation of the reimbursement bill.

“In the future, I hope [the photography] service will be included in the budget,” McConnell said. “I think this is something we should do every year.”

Additionally, the Undergraduate Council announced at the meeting that they received six T-shirt designs and will be using Williamsburg Graphics to print T-shirts in time for family weekend.

“It’s really unprecedented that they are both [coming to] Williamsburg,” McConnell said. “This actually brings us something concrete. We know the people, they know they us, they know what we need. We’ll be able to ask them questions. They’ll be able to confront themselves in front of us.”