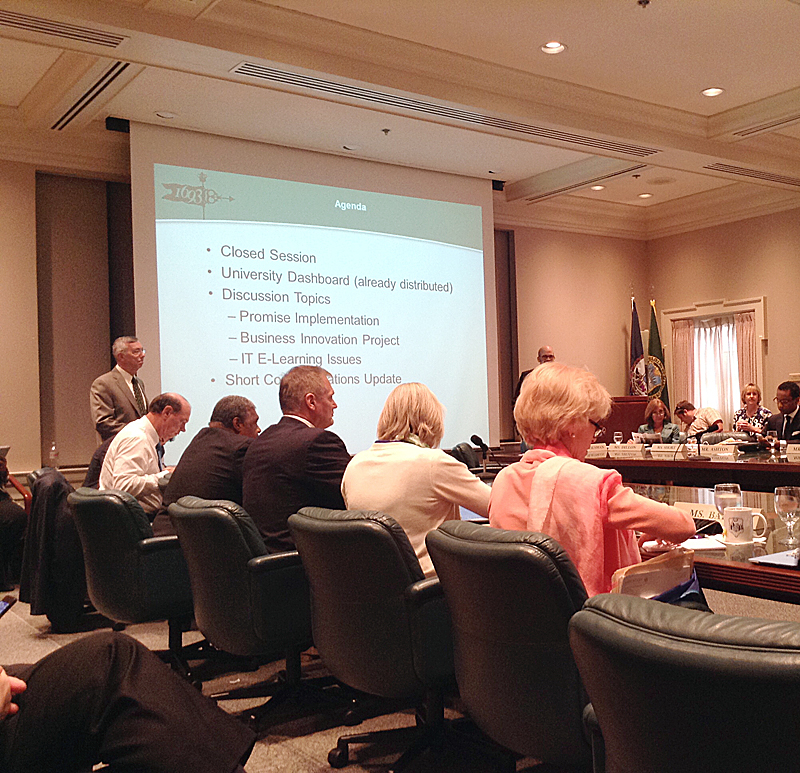 The full Board of Visitors convened Friday to pass resolutions regarding new endowments, construction funding and changes to the Board’s bylaws.

The Board’s Committee on Development discussed the three new endowments during their meeting Thursday and the full Board approved the new scholarships Friday morning.

The Board also approved changes to their bylaws, following new laws passed by the General Assembly regarding Board of Visitors at public universities in Virginia.

During the meeting, Rector of the BOV Todd Stottlemyer ’85 briefed the Board on his recent visits to campus, saying that conversations about the William and Mary Promise, EVMS and partner benefits dominated his visits.

College of William and Mary President Taylor Reveley also addressed the Board, saying the past year was a great time for recruiting and philanthropy.

“In the light of history, the 320th year will be seen as one of the great years in the College’s life,” Reveley said.

Citing the passage of the William and Mary Promise during April’s Board meeting, Reveley credited the past year with helping to stabilize the College’s financial future by combining more earned income with gains in productivity and philanthropy.

“If you get those three streams of revenue in gear, all of a sudden we have enough money to begin to move again,” Reveley said.

Dean Davison Douglas of the Marshall-Wythe School of Law also reported to the Board about the Lewis B. Puller, Jr. Veterans Benefits Clinic at the school.

Law students and lawyers at the clinic help veterans file disability claims with the Department of Veterans Affairs. Over the past year, the clinic has received national recognition, as both Sen. Mark Warner, D-Va., and officials at the White House have asked the clinic to assist in backlogs with the system.

After meeting with officials at the White House, leaders of the clinic were charged with producing a 50-page document in three weeks that detailed how the clinic handled claims. The clinic has since partnered with approximately 15 other universities and plans to continue to reach out to additional law schools.

“We’re in the process of setting up a series of conferences … where we train other law schools how to do these veterans’ benefits clinics so we can expand this outreach,” Douglas said.

Limited staffing remains an issue, Douglas noted, but the clinic plans to look into expanding their staff resources in the future.

The Board concluded their September meetings and will meet again in November.