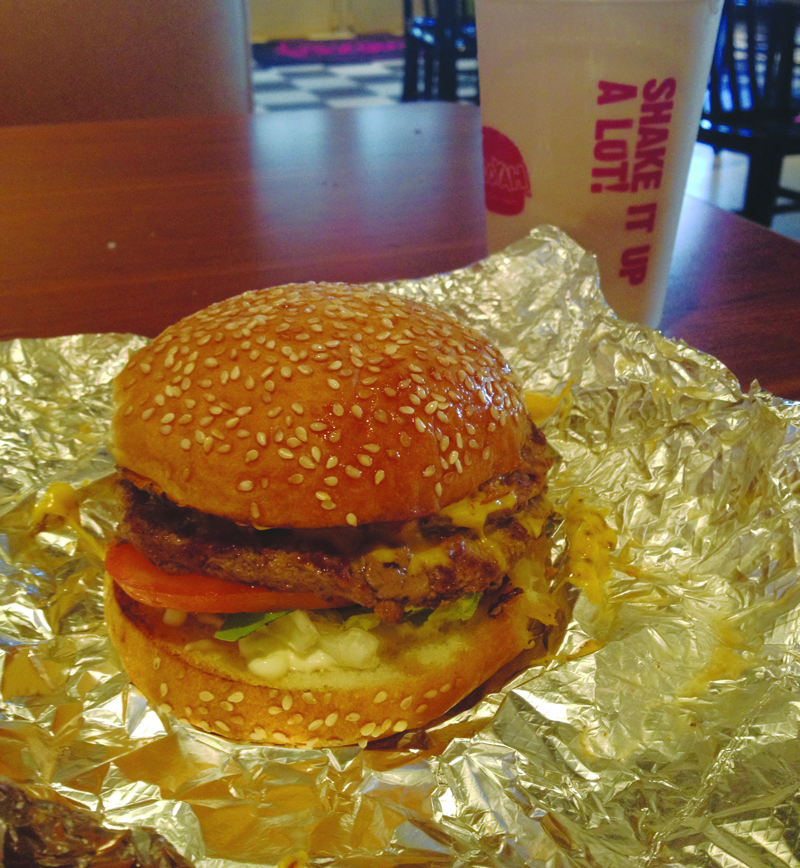 It was one of the first truly cold nights of the school year, but that didn’t stop Nichole Montour ’17 and Emma Douglas ’16 from standing outside of Tribe Square to hand out flyers for their profit share at MOOYAH that night.

“I like profit shares because I think it is a wonderful way to get involved with the community while raising money,” Douglas said.

Profit shares are a fundraising technique used by some student organizations at the College of William and Mary. For a set period of time a restaurant will share their profits with a specific club or organization; the event is heavily promoted to bring in more customers, ideally benefiting both the restaurant and the organization.

Montour and Douglas are committee chairmen for Colleges Against Cancer, which puts on Relay for Life each year.

“I feel like there is a divide between the College and the Williamsburg community sometimes,” Douglas said. “Profit shares help bring them together. People and the businesses are more likely to get involved with Relay now that they’ve been to our profit share.”

“We were just coming out to eat at a restaurant. Now we’ve discovered this foundation that we may not have discovered otherwise,” Dearborn said. “It’s a really good way to also advertise for your charitable organization to get more people involved in it later on.”

“We held a profit share at Aromas.  I stood outside and handed out flyers.  It definitely made a different for us,” Megan Heim ’16, a member of the Alpha Mu chapter of Delta Delta Delta sorority, said.

Institutions including Pita Pit, Baskin Robbins and Paul’s Deli are all open to participating in profit shares. Kendra Jackson ’14 is currently raising money for her medical relief trip to Nicaragua.

“Baskin Robbins gave us 10 percent of the profits for that night without us having to hand out flyers.  Depending on the level of advertisement we do and the percentage of money that the business gives us we can make anywhere from $75 to $200,” Jackson said.

Some places require participants let the businesses know they are there for the profit share while other businesses do not. Jackson said she has been trying everywhere she can think of to hold a profit share to raise the most money.

“Profit shares make a huge difference,” Jackson said. “Sometimes it’s hard to ask for money from your friends and family directly, so profit shares offer a way around that while everyone eats something they like, like ice cream.”