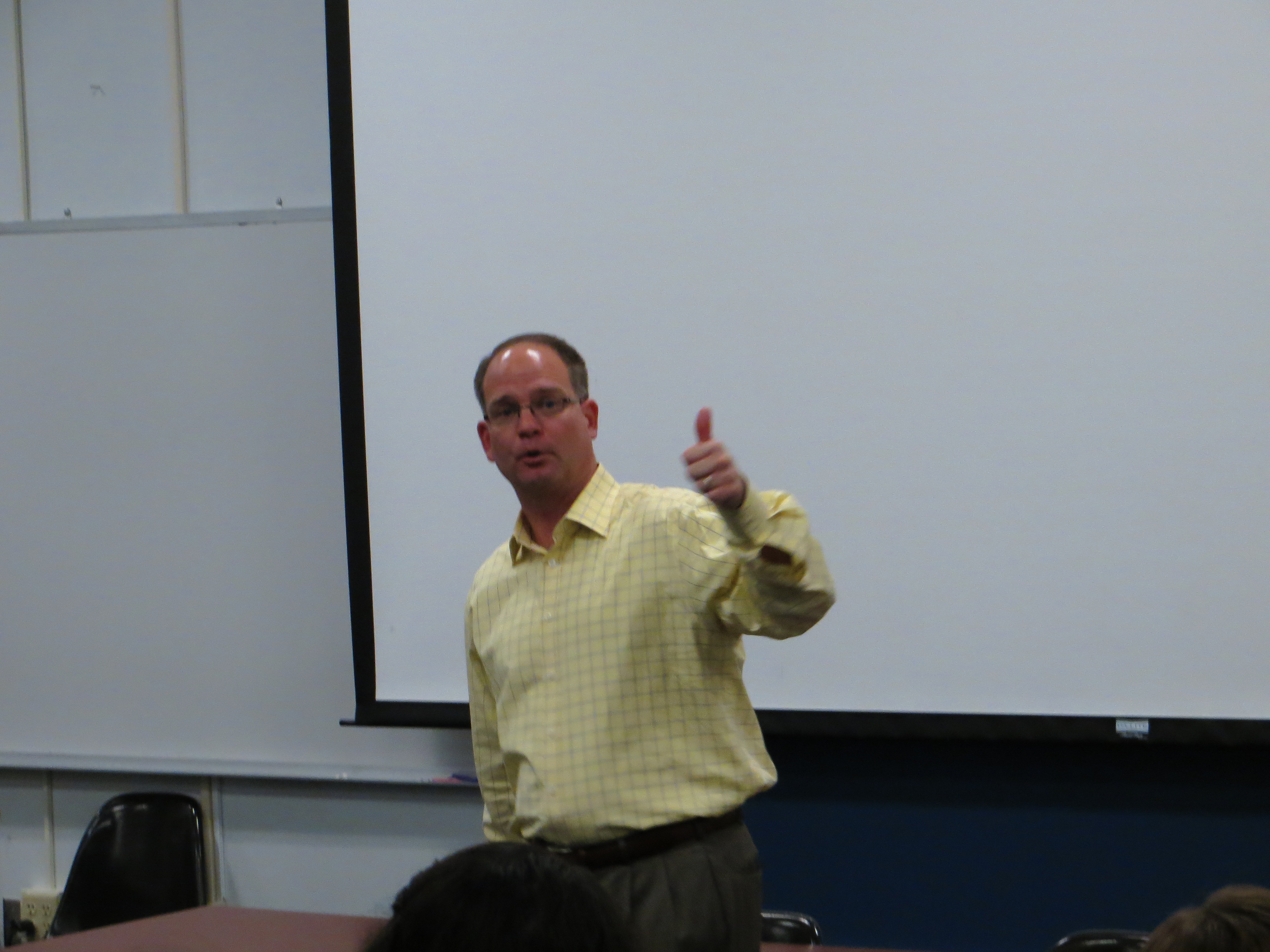 The faculty advisor of the College of William and Mary’s newest student organization, William and Larry, Greenia was the guest speaker at the club’s fifth meeting Thursday, Oct. 24. He spoke about Virginia’s anti-gay legislation and about how it has affected the College community.

The William and Larry constitution states, “The purpose of the organization is to be a gay-straight alliance that will raise awareness of existing discriminatory statutes against gays in the Virginia Constitution as well as the legal code at the College and the Williamsburg Community. The club will lobby the Virginia Assembly for gay rights and to repeal existing discriminatory statutes.”

The group was officially registered at the College Sept. 6.

An openly gay professor, Greenia married his partner 27 years ago in the Wren Chapel. His advice for the new organization was straightforward.

“We don’t want to be partisan, because this isn’t political,” Greenia said. “It’s a human right.”

In 1994, Greenia garnered the support of the William and Mary Faculty Assembly to petition the Faculty Senate of Virginia to recognize benefits for same sex couples at all of Virginia’s universities.

Co-founder and acting President Christian Bale ’14 explained his inspiration for the club.

“I’m from Delaware and gay marriage recently passed, and we noticed that William and Mary had a hole among organizations; there wasn’t a group fighting for gay rights in Virginia,” Bale said. “My experience with William and Mary is that we are an incredibly open and accepting university and we should be one of the leaders in this.”

The club’s Executive Board released an announcement to clarify the objectives of William and Larry at the College.

“We are a bi-partisan issue area organization that wants to make sure that all Virginians are treated equally under the law,” the announcement reads. “Our goal is to make an impact in the legislature. We want the Virginia Assembly to know that William and Mary wants change and we want to be the vehicle for that.”

Co-vice President Rob Marty ’14 noted the group is proud of its reach on campus. After five meetings, the club has attracted membership from all social classes, as well as law, Ph.D., Master of Public Policy and VIMS students.

“It has built momentum quickly because we filled a niche on campus,” Marty said. “If you want to get involved, you can carry the club how you want because you can take ownership.”

One of the founding members and coordinator of campus outreach, law student Bryan Charles Moore ’13 informed the William and Larry members at the meeting of upcoming events. Future meetings will also feature speakers who will discuss LGBT issues from different perspectives.

The club will soon be sporting T-shirts with the logo “William and Larry = William and Mary = Wilma and Mary.” The designer, graduate student Emily Wavering M.P.P. ’15, believes Virginia’s treatment of its LGBT citizens can and should be improved.

“It was actually shocking for me to come and hear from Christian [Bale] about the state of gay rights in Virginia, it was just one state away and I was just shocked,” Wavering said. “That has been a motivation for me personally to say ‘come on William and Mary, come on Virginia.’  It’s time to bring equality to the College and the state.”

In attendance at the William and Larry meeting for the first time, Lillian Fu ’16 commented on the new club’s atmosphere.

“I felt like the environment was electric, there was so much dedication to the club and to the cause and you could just feel it in the air,” Fu said. “It was crazy to see how long Professor Greenia has been fighting for equal rights. I feel like this club, or at least the people in it, are going to change the world.”

William and Larry also hosted General Assembly candidate Monty Mason ’89, who spoke on the importance of promoting LGBT equality in Virginia. The executive board already booked a speaker series for the rest of the semester.

More information about William and Larry can be found on their Facebook page and meetings are every Thursday at 5:45 p.m. in Jones 301.