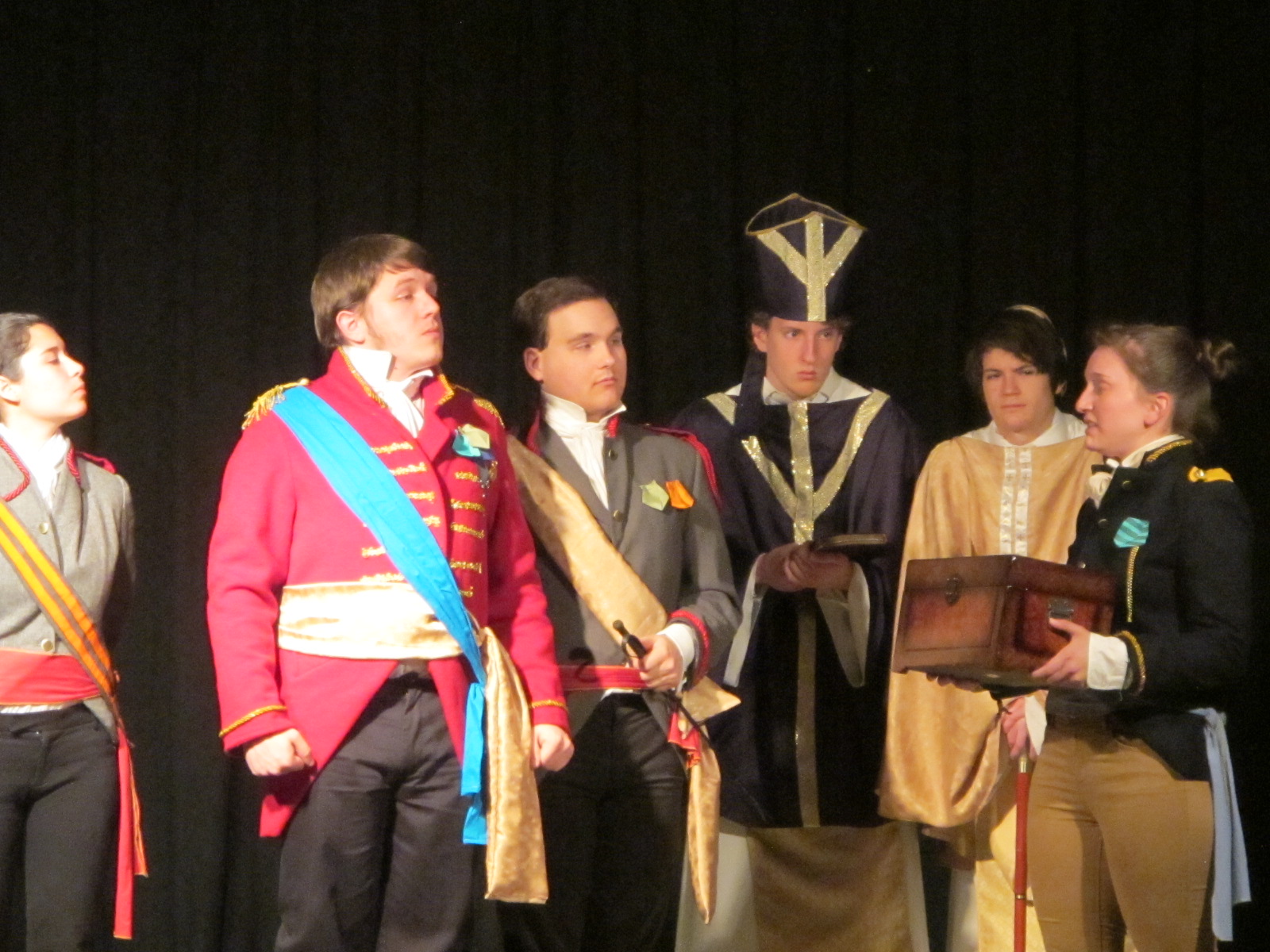 At the turn of the 17th century, William Shakespeare experienced a burst of creativity which led to the production of some of his best-known works, such as “Julius Caesar” (1599), “Hamlet” (1599-1601) and “As You Like It” (1600). “Henry V,” also written around 1599, follows the titular king and his court before and after the 1415 Battle of Agincourt during the Hundred Years’ War.

The College of William and Mary’s Renaissance theatre group, Shakespeare in the Dark, has once again succeeded with its fall production of “Henry V.” The show’s great cast and humorous interpretation of the script made it an enjoyable performance.

Ricky Portner ’14 did an all-around great job portraying the titular king. He brought out Henry’s nuances and delivered his many speeches — including the famous lines, “We few, we happy few, we band of brothers” — with a vigor that did great justice to Shakespeare’s colorful, metaphoric language. Portner should be praised for his successful mastery of the script, as “Henry V” has one of the largest amounts of lines spoken by any one character — and the most if one includes his lines from “Henry IV,” Parts I and II.

Although “Henry V” is largely a serious play, several comic characters broke up the tension brought about by the war and truly made the play a delight. Aaron Stapel ’17 garnered huge laughs from the audience for his portrayal of Pistol, a drunk buffoon in the king’s army. His attempt to hold a French soldier for ransom was particularly hilarious. The king himself is also a source of humor toward the end. After the British win the Battle of Agincourt, the king attempts to woo the French princess Catherine, despite the presence of a language barrier and lack of any ability to charm women.

To keep the play consistently engaging, the cast also turned some of the more serious moments into comedic ones. During the first half, several members of Henry’s court plot against him. Shaan Sharma ’15, Zach Hurst ’16 and Bruno del Alamo ’16 all embodied the traitors as comedic, sly characters instead of being purely malicious. Of course, treason would be no laughing matter during Shakespeare’s day, but del Alamo’s hilarious grins justified their interpretation.

Other supporting members of the cast deserve some compliments as well. Erin McIntyre ’15, who did a great gender-bending interpretation of Dr. Faustus in last spring’s Shakespeare in the Dark performance, gets a nod for her versatility in the play. She took on a number of roles including a French-speaking soldier, Nym — a vulgar companion of the alcoholic Pistol — and the elegant Queen of France, Isabel. Elizabeth Perry ’15 did a nice job as Fluellen and Sir Thomas Erpingham, two officers in the King’s army, successfully alternating between an enthusiastic officer and an older companion to Henry.

Another facet of the production that deserves praise was the costumes. Shakespeare in the Dark often chooses an anachronistic costume theme, and this production was no exception. Rather than wearing military garb from the early 15th century, the cast opted for uniforms that one would expect to have come from later centuries, with soldiers touting muskets instead of swords. The bright colors of the uniforms and the differing colors not only between the two nations but also among rank really helped audience members to distinguish who was who.

If you have never read a Shakespeare tragedy, whether it’s because the language seems too daunting or you just fell asleep during tenth grade English class, I’d encourage you to check out Shakespeare in the Dark’s winter production of “Macbeth.” With costumes and sets from the roaring ’20s, the show is sure to live up to the strong reputation Shakespeare in the Dark has made for itself.