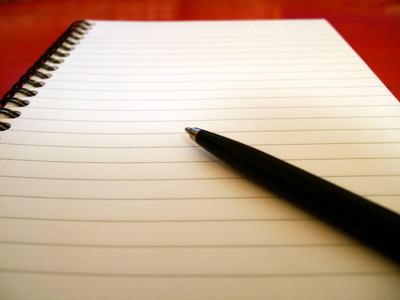 There’s much more to a well-written paper at the College of William and Mary than good ideas, although even those can be hard to come by.

“I tell students when they’re writing a paper, they’re not magically entering some new world where they have to sound scientific or Latinate or long-winded — it’s best just to say things as plainly as possible,” English department chair and professor Adam Potkay said. “This, of course, means you have something to say.”

Potkay prefers students write the subject-verb-object sentences they speak in everyday conversation. These types of sentences lend themselves to the clear, concise prose that professors favor.

Clear prose and interesting ideas are linked, according to English professor Henry Hart, who teaches poetry and literature courses. Like good scholarly prose, word choice is very important in poetry.

“You want to come up with language — metaphors, imagery, music, whatever — that stimulates the reader,” Hart said. “I think, literally, you’re trying to stimulate the neurons, and the problem with dead metaphors, clichés [and] archaic language is that you’re not stimulating.”

When writing scholarly essays, students should try to stimulate readers with “conceptual newness,” according to Hart.

“When you try to adopt a tone or a kind of sophistication that you don’t really own … I can see it,” Melfi said. “Unless [students] really use a word in [their] daily life and have used it for awhile, [if they] try to force it into a sentence because it sounds more impressive, I can spot those things and it’s not impressive because it means that they’re not being themselves and haven’t found their own voice.”

Some students may use a thesaurus to make themselves sound more sophisticated, but others use words without looking them up in a dictionary.

Religious Studies Department John Morreall sees students use the word “tenant” instead of “tenet” when discussing religious teachings.
According to the Oxford Dictionary, “tenant” means “a person who occupies land or property rented from a landlord.” “Tenet” means “a principle or belief.”

Melfi said that she has seen students misquote authors by transcribing the punctuation incorrectly or leaving out a word or article.

“Learning to honor the words of another author [is important], especially if you’re going to quote them and attempt to illuminate them,” Melfi said. “To quote somebody inaccurately or sloppily or carelessly, I think, is really a serious problem. It leads to misrepresenting what other people have said.”

Potkay said students can fix most grammatical errors by giving themselves enough time to revise their papers.

“At least half of what I see is wrong, you will [also] see is wrong once you’ve put it away,” Potkay said. “… If you just avoid writing something at the last moment, giving yourself time enough to look at and revise it, you’re so far ahead of the game.”

Melfi said that grammatical errors disappear when students enjoy what they write about, so she often has students choose their own paper topics.

Hart said that practicing improves writing, just as it improves a person’s ability to play basketball or a musical instrument. Students can practice writing not only by writing often but also by reading good writing often.

“The way I’ve learned how to write scholarly prose is by reading scholars who write well,” Hart said. “I think what happens is … your mind gets tuned into a voice. Maybe when you’re writing — as so many creative writers say — you’re channeling voices, or you’re channeling a voice. In a way, what they’re saying is that you’ve read something you admire and you try to imitate it.”