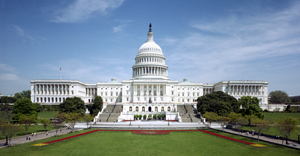 What would it take to put 57 million children in schools? Rachel Cason ’14 spent Nov. 1-5 at the Global Education Conference in Washington D.C. learning the answer to that difficult question.

During the conference, Cason learned about the Education for All Bill, which called for the United States to participate in promoting affordable global education. Cason spent her time at the conference honing her advocacy skills for the chance to lobby on Capitol Hill.

“The bill would be coordinating all the efforts that are coming from the United States so that we can really make a lasting impact on the globe,” Cason said.

The act would enable the United States to work with other nations in order to combat the lack of education around the world. Cason stressed the fact that this program would not cost extra money, but would instead be a reallocation of funds.

Cason got the chance to speak with the foreign policy staff of Congressman Jim Moran, D-Va., who is already on board with the bill in the Senate. She also met with staffers in the offices of Senators Tim Kaine, D-Va., and Mark Warner, R-Va.

“They both seemed interested, but I will have to follow up and make sure they know more about the bill,” Cason said.

This act hits close to home for Cason, as she is interested in going into the field of education, and she is especially interested in special education. She currently works in a class at Head Start, a national child development program that provides resources to children that promote academic, social and emotional development for income-eligible families.

“There is a child with autism in my class, and I see how much he is able to grow from the one-on-one attention he can get,” Cason said. “Globally, 98 percent of students with disabilities in developing countries don’t go to school at all. I care about us being able to give resources and time in order to train teachers so that students not only have access to education but have access to quality education that will allow them to reach their maximum potential.”

Cason was asked what she was going to do with all of the new information and skills she had learned.

“I want to start working with the Students for Education Reform, and even the office of Community Engagement,” Cason said. “I would like to develop some sort of constituents care program where students can talk about whatever issue they care about. Together we can write to our Senators, or our House of Representatives [members], just so that we know that our voices matter.”