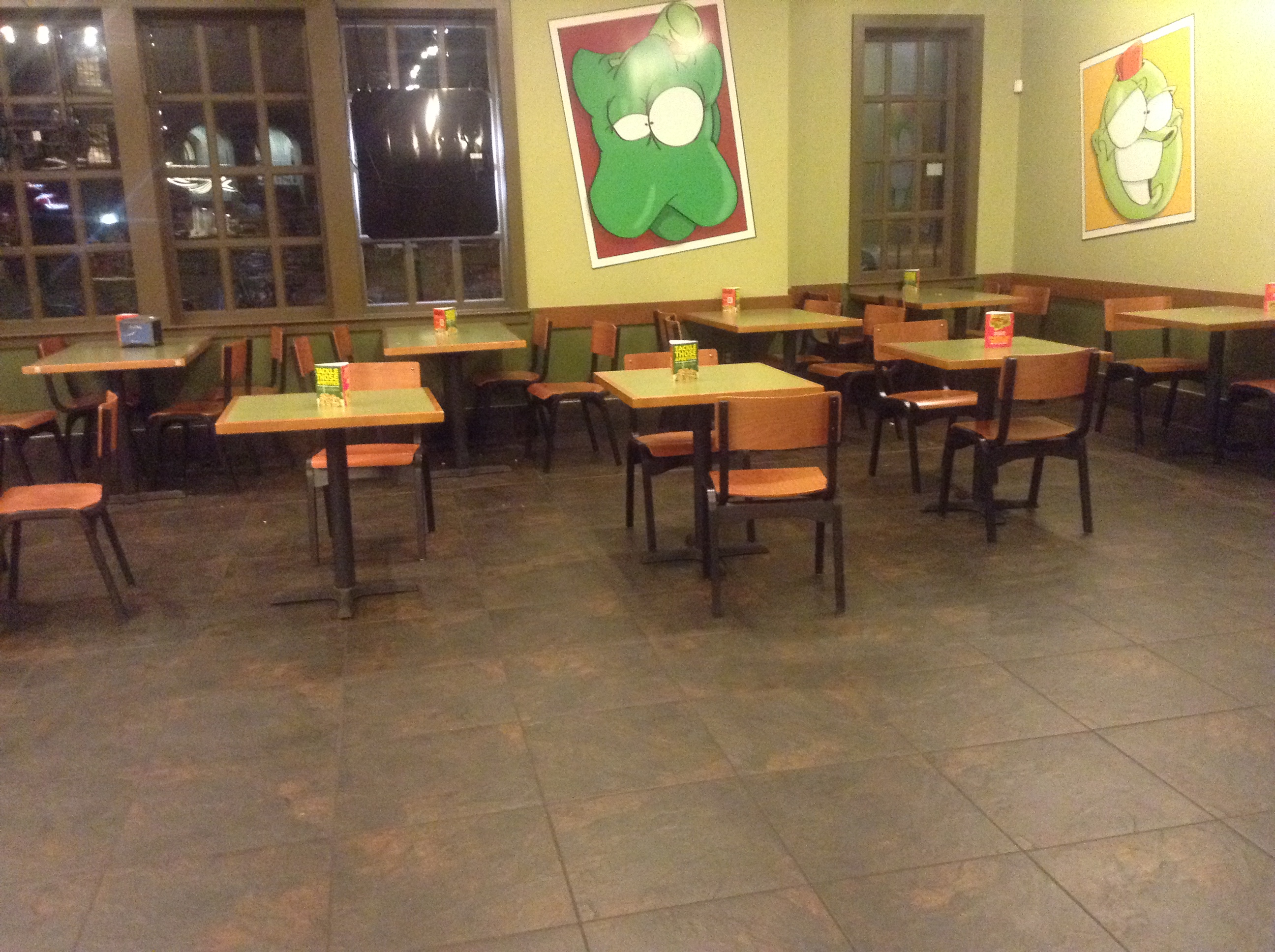 MOOYAH owner Alpen Patel estimates that sales at his Tribe Square restaurant have dropped $10,000 over the past year. He blames the revenue loss on the College of William and Mary’s mandatory on-campus meal plan for freshmen, sophomores and juniors that was put in place two years ago. Tribe Square eateries are not incorporated in the meal plan.

“If you follow up with the College, their spokesman is going to say the reason for our decline in sales is maybe the service isn’t that great, or the students don’t like the food,” Patel said. “If the food and the service aren’t that great, then how was MOOYAH able to win ‘Best MOOYAH Ever’ last year?”

Patel explained that his restaurant’s fate will be in jeopardy if he fails to make a profit this semester, as the summer months are especially quiet on campus.

Pita Pit owners Brandon and Kim Twine — winners of the 2013 “Battle of the Pita Pits” — also expressed frustration over what they perceive as a lack of communication from the College. They have contacted the offices of local politicians, including Rep. Rob Wittman, R-Williamsburg, about the situation.

“Hopefully, we’ll come to a resolution that will be amicable for everyone,” Twine said . “But we can’t move forward or negotiate out, because nobody’s talking. There’s no information. We just want to talk about their plans. We feel like we’re being shut out.”

The exclusive dining contract with Aramark extends until June 30, 2014. The College does not intend to extend a meal plan option to Tribe Square eateries. Nonetheless, Williamsburg City Council member Judith Knudson expressed hope that a compromise can be reached.

“Town gown relations are quite good right now and I hope they will not be harmed by this action at the College,” Knudson said in an email. “I would be interested in knowing whether or not the other restaurants near the College have also been harmed by this new policy.”

Associate Vice President for Communications and University Relations Brian Whitson pointed out that the Tribe Square restaurants are technically not located on-campus.

Representatives of the Real Estate Foundation actively encouraged Patel and the Twines to set up shop in Williamsburg when Tribe Square was first built in 2011. The owners expressed frustration with the fact that, around this time, the plan to require a mandatory on-campus meal plan was underway.

City Council member Scott Foster ’10 believes this confusion indicates a lack of communication between the College and the Real Estate Foundation. He expressed hope that a compromise can be reached between the local businesses and the College.