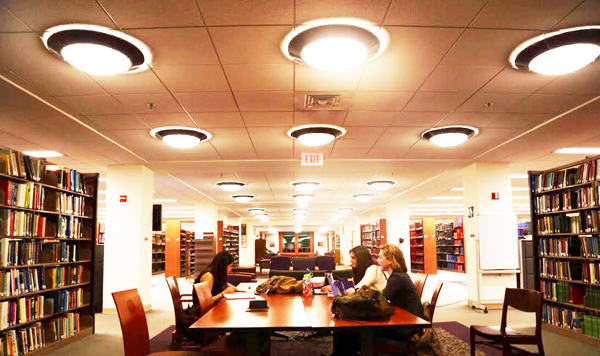 Although the past few weeks have seen many students return to campus to begin their spring semester, a few recent arrivals are only just beginning their academic careers at the College of William and Mary.

Each year, thousands of students in the United States make the decision to transfer colleges due to unmet expectations, the pursuit of a different educational experience or a variety of other reasons.

According to the College’s website, around 200 students are accepted as transfers for the fall semester and another 70 are accepted for the spring semester.

The appeal of the College varies from one transfer student to another: some are attracted to the academics, others to extracurricular activities.

Dale Golden ’15, who transferred to William and Mary from Indiana University-Bloomington in the fall of 2013, was attracted by the College’s attitude toward its students.

“As I was researching the school, I really liked how the mindset of the school was ‘we want you to be here’ not ‘we’ll let you be here,’” Golden said. “I think that’s a big difference.”

Similar to the process freshmen undergo when applying to schools, the transfer process involves an application. Its questions are more transfer-specific, and it is submitted after freshmen applications are collected. The College also offers a transfer orientation period for accepted students.

Transfer orientation is something that Sarah Boegner ’17, who transferred to the College from the University of Notre Dame this spring, credits with helping her transition into the College community.

Alia Prasad ’17 transferred to the College this spring from Vanderbilt University. She said current students assisted her in adjusting to the College.

“The students who are already here… have been very helpful [with] showing me where to go, helping me with the nuances of different buildings and things like that,” Prasad said.

Some transfer students cite the course registration process as one of the most difficult aspects of transferring to the College.

Transfer students register later than most current students, often only a few days before classes begin, meaning they have a smaller selection of open courses, as most of the student body has already chosen classes.

“[Course registration] was the most stressful part of transferring, but now that I’m a William and Mary student and I’m here and I register with everyone else, it’s not as difficult,” Golden said.

Making the choice to transfer schools is not necessarily an easy one. Golden explained that for her, it was a challenging decision that took time.

“There was a definite possibility of me being really unhappy, but I had to take that chance,” Golden said.

Golden, Boegner and Prasad all said that so far, the transfer process has gone relatively well.

“It has been a lot easier than I expected just because people have been so welcoming,” Prasad said.

Golden leaves some advice for other students that are contemplating transferring institutions.

“Transferring is really scary. … Really trust that you know who you are and that you know what you need and don’t be afraid to ask for it because it’s more scary to be somewhere that isn’t right for you,” she said.