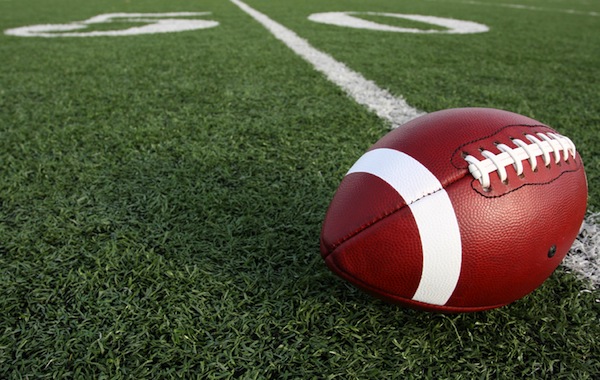 This week you were faced with countless tweets, headlines and Facebook posts about the upcoming Superbowl. You thought, “Wait, the Superbowl is already happening? Didn’t it, like, just happen?”

Since you have come to college, you may not have actually watched a Superbowl. I mean, why would you? The best commercials just get posted on Facebook anyway.

If this sounds like you, you are part of the Sports Illiterate. You are the Americans who just can’t get into watching sports on TV for entertainment. You, like me, normally write these games off, don’t bother to learn the names of players, and pay little attention on the whole. Maybe this year is different.

This year, you were invited to an actual Superbowl party and told to bring the chips.

This year, you have to pretend like you actually care.

Let a fellow clueless “football fan” help you through this troubling time with this handy guide for the athletically ignorant.

It is Superbowl XLVIII. It is the championship game of the 2013 football season. The two teams playing are competing for the title of best football team of the 2013 season. The winners get some fresh bling or something.

Seahawks: This team is from Seattle. You are caught up wondering what a sea hawk actually is. Forget about that now. You can Google it later. Focus. They will be wearing the uniform with blue on it.

Player you might recognize: Richard Sherman, the defensive back who recently made news by trash-talking some other player. Who knows whether he is actually any good, but think of him as the current Miley Cyrus of football — known for saying something controversial and getting too much attention for it.

Broncos: They are from Denver and will be wearing the uniform with orange on it.

Player you might recognize: Peyton Manning, the famous quarterback (heck, even I know him), is heading to his third Superbowl. He is basically ancient in terms of active football players — a whopping 37 years old — but the masses seem to believe in him.

In the Metlife Stadium in East Rutherford, N.J. Apparently this is a big deal for the New York and New Jersey areas.

Besides the beloved commercials, the halftime show is the best part of the game for the unfamiliar football fan. Unfortunately, the performer will not be as exciting as at last year’s Superbowl. Or, as I refer to it, the Beyoncebowl, because, let’s face it, Queen Bey was the most important part of the Superbowl last year. This year, the halftime performers will be Bruno Mars and the Red Hot Chili Peppers.

Things to Say To Sound Like You Know Things About Football:

1. “Yeah, I really wanted the Seahawks for my fantasy team, but I got shafted in the draft.”

a. And if you’re asked any follow-up questions, just say you ended up getting the Chargers, who were OK, and you got six out of 10 in the league.

2. “Can you believe this is the first outdoor, cold weather Superbowl?”

3. “Man, can you believe that the first two states to legalize marijuana are playing each other in the Superbowl? How funny is that?”

a. This might lead the conversation away from football and, hopefully, in your favor. It also proves to your friends that you totally know where these teams are from.

4. “Peyton totally deserves another ring” (only if you/your friends are rooting for the Broncos).

5. “Well, whatever he says off the field, Richard Sherman is a good player” (only if you/your friends are rooting for the Seahawks).

6. If other people are upset, just mimic that behavior. They will never know that you have no idea why they are upset.

Things Not to Say to Sound Like You Know Things About Football:

a. It is apparently a touchdown, not a goal.

2. “Who do you think designs their costumes?”

a. Apparently people get offended if you don’t call them uniforms. Also, no one else apparently cares about these mysterious designers.

3. “What do those numbers at the top of the screen mean?”

a. They are the points or something. Don’t worry about it.

4. Repeating “futbol” in a Spanish accent over and over until someone throws chips at you.

For those about to endure an evening of football, we salute you. Goodbye and good luck.

Leave a Reply to Have No Idea What You Are About To Watch? | The Right To Bear Liberal Arts Cancel reply