Home Variety Profiles Once upon a TWAMP 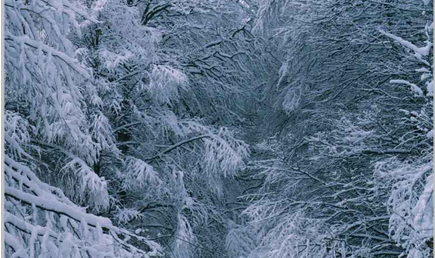 Chris Folk, a 1999 graduate of William and Mary, just published his debut novel: “Missing Winter.” Folk, who received his Master’s Degree in Education from the College, wrote the vast majority of his novel during his time here.

The novel follows the protagonist, Anthony, as he recounts his early life story to a “listener.” The novel explores the narrator’s experiences with love, loss and dealing with death.

“The story follows Anthony as he tells his early life story from about age seven to age 12,” Folk said. “He deals with things all sorts of young people experience: meeting new friends as a child, watching a divorce, losing a family member at a young age. You can see him experiencing each of these things as the story progresses and he talks to the ‘listener.’”

Folk drew a considerable amount of inspiration from his time at the College. Interestingly enough, the novel’s opening scene shows Anthony leaving Earl Gregg Swem Library. Folk wrote many scenes for “Missing Winter” while sitting on a bench next to the sundial garden, and he based the novel’s main setting on the College’s campus. Specific sites of inspiration include the sundial garden outside of Swem Library and the iconic Crim Dell.  There is even a setting that Folk likens to Merchant Square in Colonial Williamsburg.

“The book itself is shaped by William and Mary in so many ways,” Folk said of his inspiration. “There was just something about the campus that was too beautiful not to be in this book.”

Folk began the writing process that eventually became “Missing Winter” during his undergraduate years at George Mason. When the idea came to him for the novel, Folk then sat down and rigorously planned for several months from late 1997 to early 1998. After graduating from George Mason, Folk sat down in the summer of 1998, when he had some time before heading to the College for graduate school. That was when he really started writing.

Despite living at the College for his Masters program for less than two years, the College’s impact on Folk and his novel cannot be denied. The entire writing process, from concept to first draft, took about three years.

When Folk finally held a physical copy of his completed novel, the real work began. Folk spent the next twelve years editing, revising and rewriting his novel, putting it away for years at a time and revisiting it for heavy editing.

“It was a long editing process that, from start to finish, took about 12 years,” Folk said. “I would put it away for a few years, but then always come back to it. These last few years, I really committed to the novel and just focused on making it the absolute best that it could be.”

Twelve years later, Folk had polished his novel to perfection, and the next stage in his journey began: the route to publication.

“As an English teacher, I had had my students sit down and read Stephen King’s “On Writing,” Folk said. “When I finished editing, I sat down and re-read the book for myself. I realized that rejection is a part of this game, but I wasn’t going to let that stop me.”

Once his novel was formatted and edited to his standards, Folk decided to self-publish via Amazon’s Kindle Direct Publishing. He purchased a how-to guide and successfully published his novel online.

Folk was able to decide every aspect of his book’s publication on his own terms: from the specific format, to designing the cover art, to even deciding in which countries the novel would be distributed. The entire process of reformatting and editing for Kindle took a little over a week, and at the end of his journey, Folk could finally see his dream become a reality: His book was published and ready for sale to the masses.

“It was a long process, but also incredibly enjoyable,” Folk said.

”Missing Winter” can be purchased on Kindle. Chris Folk lives with his family in Charlotte, Virginia and currently works as a high school English teacher.