Home Opinions The Sigma Chi email does not define us 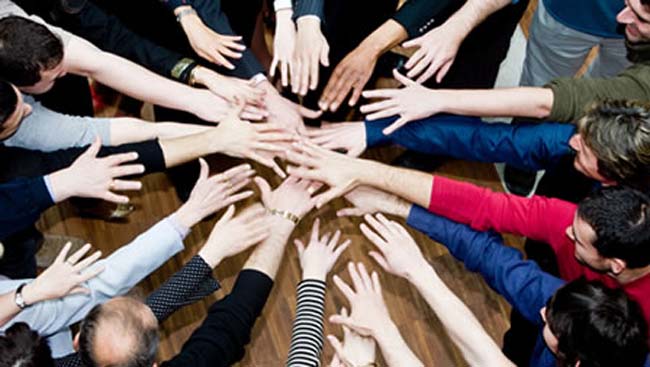 This is a difficult column for me to write, not simply because it is a sensitive topic, but because I want to approach the topic from a different angle; instead of ranting and raving at the monstrous statements written recently, I want to talk about how we will not let ourselves be defined by this incident. I will not refer to this event as ‘The Recent Sig Chi Outrage’ or ‘The W&M Frat Scandal,’ as most online discussions are labeling it, for one simple reason: It is not a reflection of Sigma Chi’s identity, of Greek Life’s values or of the College of William and Mary’s morals. Rather, I want to dedicate this column to reminding you all that the chauvinistic perspective of one person (although there is a possibility that the message sent out was a twisted ‘joke’) is just that: one person — one person out of a little over 8,000 gentle, diligent and compassionate students on campus.

Did you know that Sig Chi took the time to “reflect and honor those who have made the ultimate sacrifice in service to our country [and to] also remember our brothers and the many men and women who are currently deployed” on its Facebook page on Veteran’s Day? Or, did you know that Sig Chi recently ran a fundraiser to earn money for Children’s Miracle Network Hospitals — an organization dedicated to supporting research, training, equipment and care for children who are battling severe illnesses?

Did you know that the College is ranked as the No. 1 university for fostering service-oriented careers? The College is also home to one of the most beautiful organizations I have encountered — William & Mary Stands with Survivors of Sexual Assault.

The email sent from the Sig Chi listserv asserts nothing short of a horrifying perspective that women are simply “the lesser sex” and that men of the campus should overlook “the 99% of horrendously illogical bullshit that makes up the modern woman” and instead pay attention to the purely sexual aspects of women. However, we as the students of the College have an obligation to weigh the ignorant and disgusting statements made by one student against the 1,536 who have shown their support by liking the William & Mary Stands With Survivors Facebook page. According to W&M SWS’ mission statement, the group is “dedicated to showcasing allies who support sexual assault survivors and refuse to perpetuate rape culture, or the attitude that normalize and sustain assault.” So, here we have 1,536 individuals who have taken the time to support survivors, and fight against the perpetuation of rape culture and the normalized casual attitude toward assault, and what is likely one individual with (what I hope to be) a disgusting sense of humor who encourages men to essentially view women as sexual commodities with no other valuable assets.

We need to address this recent issue with more than outrage and disgust, because now that the objectification of both women and men is being discussed, we as a Tribe have the responsibility of letting people know that the horrifying comments made by one person are not who we are. We are accepting, diligent, caring, loving and supportive. We are a strong family, and we will forever remain advocates for both sexes receiving love and equality, and not being objects for sexual conquest.

I encourage you all to take supportive action (such as sending photographs to standwithsurvivors@gmail.com, as I know I will later tonight) because the recent discussions surrounding the Sig Chi email may be worsening the struggle of those who have been affected in some way by sexual assault or rape on campus.

We stand with survivors because we are William and Mary.