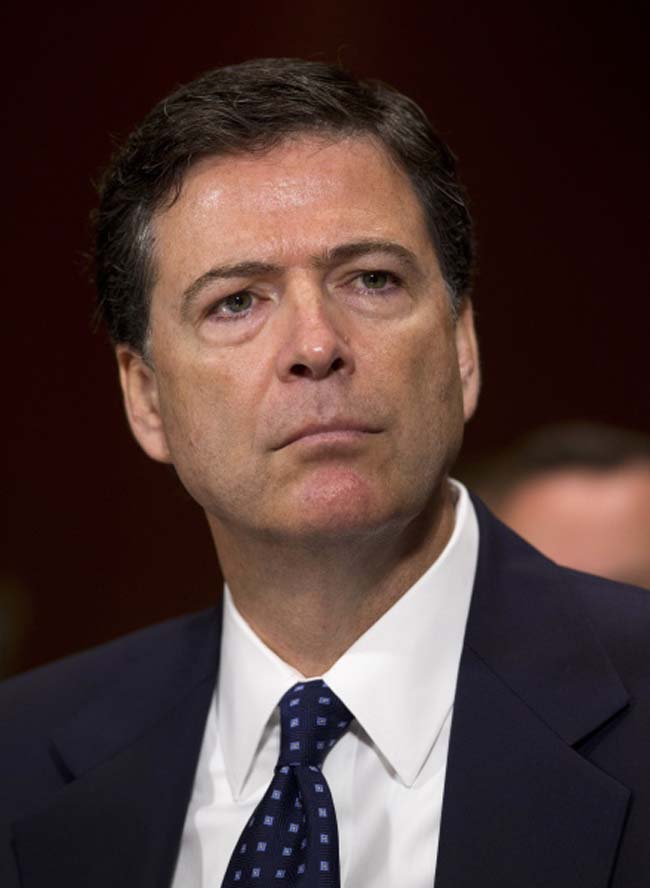 I heard that you will be joining us on campus for Charter Day, and I would like to welcome you back to your alma mater.

The last time you spoke here, five years ago, your most senior government role had been Deputy Attorney General for the Bush administration. There, you became known for your strong defense of the Constitution.

In one instance, while Attorney Gen. John Ashcroft was hospitalized, you refused to sign an NSA surveillance order granting the collection of email metadata. When you learned that officials had been sent to the hospital to obtain authorization, you remained by Ashcroft’s bedside to prevent that from happening.

That experience likely informed the speech you gave at the College of William and Mary in 2009 about what was happening in the real world. In spite of the danger and stubbornness of the real world beyond campus, you said we must hold true to the ideals of this country’s founders.

Five years later, you’ve switched your position. Speaking to reporters recently, you lauded the NSA surveillance you once put yourself at political risk to prevent, even as leaked documents reveal that NSA surveillance has expanded far beyond the collection of data you opposed in 2004.

Moreover, while most people associate the Edward Snowden leaks with the NSA, it is the FBI that has been serving gag and surveillance orders to American corporations, and which seeks to apprehend Snowden for prosecution under the Espionage Act.

Privacy activists are confused. One such group, the Restore the Fourth Foundation, said that your new position is “baffling” and “behaviorally disparate.”

So why the sudden change of heart?

You have defended your position by saying that mass surveillance is both useful and legal, arguing that all three branches of government have taken a role in oversight. Your claims, however, contradict those made by two independent White House investigations and an increasing amount of evidence made available by Snowden.

For one, the evidence suggests that mass surveillance is not, in fact, useful. Both White House investigations have found that surveillance is “not essential in preventing terrorist attacks” and that there has been “no instance in which the [collection of telephone metadata] directly contributed to the discovery of a previously unknown terrorist plot or the disruption of a terrorist attack.”

Writing for the district court in Klayman v. Obama, Judge Richard Leon said, more generally, that the government has not presented a single instance of mass surveillance completing any of its goals of protecting Americans.

The recurrent claim of “oversight” lacks solid foundation as well.

In the judicial branch, the only court with jurisdiction over the NSA programs has been the Foreign Intelligence Surveillance Court — a panel that, we now know, the government has consistently lied to. The chief of that court said in one secret opinion that his regulations were “frequently and systemically violated,” and lamented the court’s inability to investigate the government’s claims.

This secret court has granted government requests at a rate well above 99 percent — yet the FBI retains other methods to spy on Americans that require no court oversight at all. Using National Security Letters, the FBI compelled service providers to give up information more than 20,000 times in 2012. A White House panel said, “We are unable to identify a principled reason why NSLs should be issued by FBI officials.”

Even if these programs followed the law exactly, inaccurate representations by members of the intelligence community have made thorough Congressional oversight impossible.

Director of National Intelligence James Clapper has lied about the government’s metadata program, and later retracted his statements. At the NSA, Lt. Gen. Keith Alexander admitted to ballooning the number of terrorist plots supposedly prevented.

Although both intelligence officials have admitted to presenting false information to Congress, no official public investigation has been launched — by the FBI or otherwise.

So why do you, the same person who once rushed to a hospital room to prevent just one piece of the current surveillance apparatus from going into effect, remain solidly behind these illegal and ineffective programs?

Is the real world you told us about five years ago that much scarier than you thought it was? If it is, what, exactly, should we be so afraid of? What must we give up to feel secure? Who gets to make that decision?

Five years ago, you told us that what made this campus different from the world outside was that here you can “step back, and figure out if you are still on the right side.” It’s time to take your own advice.

PS: I encourage you to make any response public. However, if you plan to respond personally, I support encrypted communication and my PGP short ID is B1C7866C.