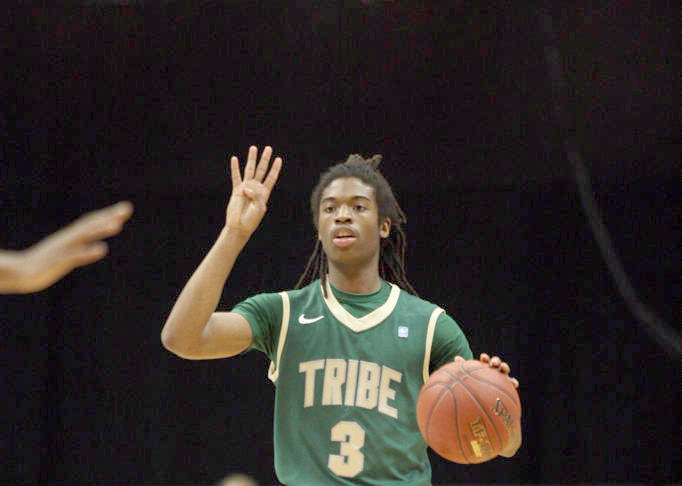 “To say we came out flat, I think, is an understatement. We really didn’t come out with much energy at all, and sometimes that happens when you get too excited to play and too ready to play,” Northeastern head coach Bill Coen told Northeastern Athletics. “I thought William and Mary really came out of the box and executed. They’re a great execution team.”

Junior guard Marcus Thornton and senior center Tim Rusthoven benefitted from the Huskies’ lax defense in the early going, combining for 13 of the Tribe’s first 15 points as the College built a 15-4 lead six minutes into the contest.

Thornton finished with a game-high 25 points, his eighth straight game with the most points on the team, alongside a team-high five assists and career-high five steals. Rusthoven turned in a productive outing, recording 13 points on 6 of 9 shooting in 19 minutes.

“We kind of fueled the fire with 10 first-half turnovers,” Coen told Northeastern Athletics. “When you give [William and Mary] points in transition and allow them to run their stuff, and obviously they’re going to shoot a great percentage, they got very, very comfortable in a hurry.”

The College shot 60.7 percent from the field, including 62.5 percent from three-point range, in the first half to race to a 45-18 halftime advantage.

While limiting Northeastern to a 23.1 percent field goal percentage, including no made three-point shots, the opening period marked the seventh half of the season in which the Tribe has shot at least 60 percent.

“I thought defensively we were terrific for the first 20 minutes. That’s where it all started. I would love to see this team … play a great 40 minutes. I look forward to the day where we play 40 great minutes,” head coach Tony Shaver told Tribe Athletics.

Having led by as many as 29 in the opening 20 minutes, the College didn’t ease up early in the second. Thornton found senior forward Kyle Gaillard for the duo’s second alley-oop of the contest to extend the College’s lead to 33.

Despite the deficit, the Huskies turned in a strong second-half performance to cut the Tribe’s lead to as little as 10.

Cooling off from its first half, the College shot 47.4 percent from the field and hit only two of its nine three-point attempts.

Meanwhile, a rejuvenated Northeastern team shot 54.1 percent from the field and, having missed all 10 attempts in the first half, managed to sink six three-pointers in the second.

“We didn’t do a very good job in that stretch of walking the fine line of being patient with the clock yet staying aggressive,” Shaver told Tribe Athletics. “We really passed up scoring opportunities and didn’t attack the double team as well as we should have.”

Converting 15 of 16 free throws over the final two minutes, however, sealed the Colleges third consecutive win and fourth straight on the road. Freshman forward Omar Prewitt, who ended with 13 points, made each of his 10 free throws.

Senior guard Brandon Britt, continuing to perform well coming off the bench, hit all six of his free throws and ended with 12 points.

“Guys like Brandon Britt, Omar Prewitt, are [like] starters on our team. It helps our substitution patterns, our rotations when we bring them off the bench,” Shaver told Tribe Athletics. “I love the firepower of the kids coming off the bench. It is a deep team.”

With three road wins behind it, the Tribe takes a week off before returning to action against Colonial Athletic Association foe Towson, who sits a half game above the College in the conference standings.

“What a week. What a week for this team. We’ve been on the road for seven of the last nine days. We’ve won three road games in this league since Sunday,” Shaver told Tribe Athletics. “It impresses me, it really impresses me.”

The two programs’ first meeting of the season will tip off at 4 p.m. Feb. 15 at Kaplan Arena. The programs split last season’s series, including a double overtime loss at home.