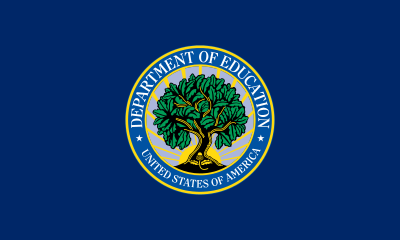 Last month, the Department of Education released a proposal designed to help universities across the country comply with new requirements for dealing with crimes related to sexual assault.

The Clery Act, which deals with crime disclosure on campuses, underwent significant changes in Congress in March 2013, resulting in stricter requirements for crime reporting.

The Education Department’s proposal recommended full compliance with the guidelines set by the Office for Civil Rights, which requires campus judiciaries to use a certain standard of evidence in on-campus hearings: a “preponderance of the evidence,” which is a lower standard than “clear and convincing.”

The College of William and Mary has been using the lower standard of evidence since 2011.

“The standard of proof was changed to ‘preponderance of the evidence’ following the ‘Dear Colleague’ letter in spring 2011 from the U.S. Department of Education and the White House,” Associate Dean of Students Dave Gilbert said in an email. “In that letter, colleges and universities were urged to adopt the preponderance standard, the same standard used by the courts of law in civil litigation cases, and we did so.”

However, the decision to change the standard of evidence was not so simple in many cases. The change was seen in some cases as an unfair disadvantage to the accused parties in cases of sexual assault.

Dean of Students Marjorie Thomas emphasized the College’s obligation to protect both parties to the best of its ability and to make all students feel supported.

“I know from the top down we’re very committed to the idea of how we educate, support and ensure a process that is fair, informative, that doesn’t create an adversarial situation between the person that’s making an allegation and the person that’s being accused,” Thomas said.

HOPE Vice President of Healthy Relationships/Sexual Aggression Jordan Taffet ’16 said he thinks harmful effects of a lower standard of evidence would be minimal, since false reporting of sexual assault is uncommon.

“I don’t think that [false reporting] is really an epidemic or an issue,” Taffet said. “I think people on the opposite end of the spectrum like to think so.”

Taffet said that while he would like to see more focus on the prevention of sexual violence, he believes that the College’s current policies for dealing with assault survivors on campus have been effective.

“Working with the health promotion office on a near daily basis and having met with survivors … I don’t think I’ve ever heard an instance when a survivor had a really difficult time with the administration,” Taffet said.

Director of Compliance Kiersten Boyce tied in the Clery Act with the Violence Against Women Act. The reports required by the Clery Act were already covered by Title IX requirements. VAWA made more specific the College’s obligations to inform the public of programs and procedures in place to prevent and deal with sexual violence.

“VAWA also adds new Clery Act obligations,” Boyce said in an email. “It adds to the list of crimes that we need to track and report. Although the Department of Education is still working on definitions of these crimes, some of which, like ‘domestic violence,’ are tricky in the higher education setting, we will be including these new categories in our next annual safety report.”