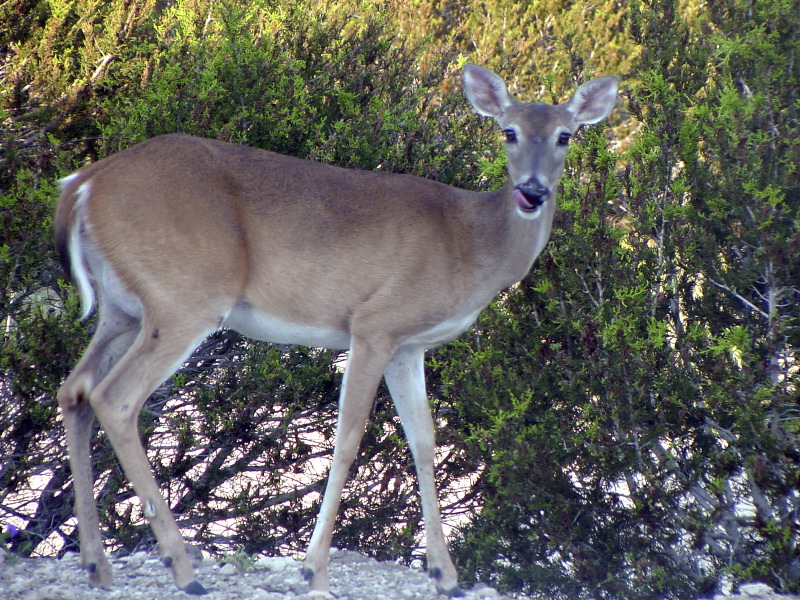 The explosion of Williamsburg’s deer population in recent years brought the Neighborhood Council together last Saturday to discuss the issue’s societal and ecological implications and to talk about potential solutions to the problem.

Virginia Department of Game and Inland Fisheries biologist Todd Engelmeyer said that the deer population has been on the rise for about 20 years, resulting in increased car accidents and damage to the region’s ecology.

“Virginia is now being ranked number seven in the country for deer-related automobile collisions,” Engelmeyer said.

Environmentally, the increase in the deer population has affected neo-tropical migrant birds that nest in shrubbery, since deer consider their habitat a meal. By tracking deer pellets, Assistant Professor of biology at the College of William and Mary Matthias Leu found that as the deer population increases, the population of these birds decreases.

Additionally, and perhaps of greater relevance to Williamsburg’s human residents, Leu found that with more deer come more ticks. These ticks have the potential to transmit diseases between deer and other mammals, including humans.

He attributed this discrepancy to the urbanization of the region and the elimination of the deer’s natural predators. In a more industrialized area, fewer deer can reasonably be sustained, but without predators — like wolves — the population can grow unchecked.

Ideally, Leu said, these natural predators could be introduced back into the population to control the deer.

“We removed the predators,” Leu said. “There is an ecological imbalance now and we need to bring that into balance again.”

While there are several options to consider, the meeting’s speakers concluded that one of the most viable solutions to the overpopulation of deer is bow hunting. They agreed that archery is sustainable, cost-effective and safe.

Toby Lane spoke on behalf of bow hunters as a citizen member of the Neighborhood Council panel. Though he does not hunt, he allows hunters to kill deer on his property and views bow hunting as the superior method for deer control.

“In my neighborhood, I organize people that do bow hunting on various properties. I allow bow hunters to come on my property and kill deer,” Lane said. “Other people have the perception that that’s very dangerous and they’re concerned about safety about having a bow hunter in the neighborhood.”

Lane pointed out, however, that casualties from bow hunting are extremely rare, and the risk to community members is virtually nonexistent. Engelmeyer agreed, saying that since deer are generally shot at close range and from elevated lookout points, the only people at risk are the hunters themselves.

“We’ve only had two accidents related to archery hunting since the 1960s, whereas with firearm hunting they occur every year [in Virginia] … and those [the two accidents] were archery hunters hurting themselves,” Engelmeyer said.

Other methods for deer control are sterilization, fencing and/or use of deer repellent and “trap and transfer.”

Sterilization, according to Engelmeyer, is very expensive and has not been studied enough to be proven effective.

Fencing — which Leu practices in the College Woods — is useful for protecting plots of land or keeping deer off roads, but it does not directly address overpopulation. Engelmeyer also added that fencing and repellent require diligence in order to be successful.

“Trap and transfer,” which involves capturing deer and releasing them outside of the region, is problematic for several reasons: first, Engelmeyer noted the potential spread of disease. It is also costly and ultimately inefficient, since the trauma that deer experience in the process is so great that the majority die anyway.

Lane noted the importance of increased education and awareness of deer overpopulation. Engelmeyer expressed his hope that Saturday’s meeting will inspire future action.

“I think potentially it could lead to further discussions with the city and with the College to think of better ways to manage the deer population there,” Engelmeyer said.