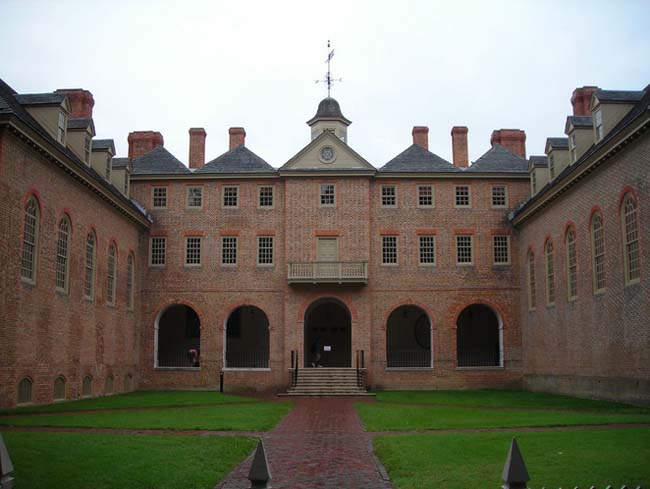 I can’t even tell you how fancy I was this year.

Just listen to the way it sounds: the St Andrews College of William and Mary Joint Degree Programme. Did you accidentally lilt a little in your head? That’s the point. We’re designing a coat of arms just to fit the name on a sweatshirt.

Of course, different people call the program [sic: ‘programme’] different things. Among ourselves, we are “Wamstas” — the type of Twamp-like acronym people hardly believe you don with pride. Trust me, we do.

On my transcript, in an interview, or to my mom, I was an “International Honours” student, and don’t you dare forget the ‘u,’ peasant. To my friends and girlfriend, the program was called “that thing where Tucker is leaving forever and never coming back.” As it happens, that did not fit on a sweatshirt either.

Why, then? After all, in addition to being fancy (we got to compete in trivia with Fulbright scholars!), the program is an awesome academic opportunity. As an international relations major, I would take at a minimum more IR credits than I’ll be able to take at a maximum now. Even though the program is only in its third year, the College and St Andrews are two of the oldest and most respected institutions for international relations in the world. Did I mention the legal drinking age in Scotland?

For an international relations nerd — this is also true for English, history and economics — the program is an unrivaled opportunity to cast aside the academic distractions that are meant for students who arrive here undecided. As a high school senior, I was fed up with distractions. Calculus is great, but I wanted politics.

The problem that I faced once I got here was the notion that, in college, academic distractions aren’t really distractions at all. I don’t mean general education requirements: Those are sadistic. I’m referring to campus organizations. I found that while certain aspects of learning might benefit from movement, the activities that make campus life here vibrant — in my case, activities like performances and publications — could not be expected to travel well. Neither could the relationships with faculty that make this particular college such a community.

In short, I found that the same weird, potentially monomaniacal personality traits that got me interested in the program made me want to leave it. I wanted to study international relations fully and in depth (isn’t college all about mastery over a body of knowledge?), but I began to worry about experiencing college incompletely. College, I began to think, might be about other things, too. Knowledge comes in many forms.

In my eagerness to dive deeply into a subject area, I was only going to be able to dip my feet into life here at the College. Staying active in groups that I joined this year would be a tenuous balancing act.

Starting a group, as I plan to do next year, would be out of the question. A year here, another year there, a college experience split between continents: It didn’t feel like two and two would add up to four. Though I loved the program and its Wamstas, these four years are brief: We all have to decide what to do with them.