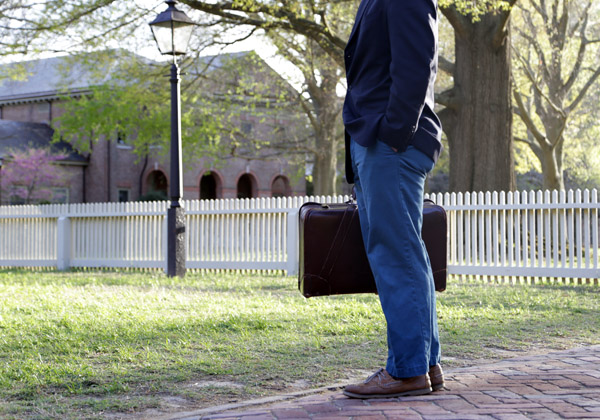 This time next year, the first graduating class of the St Andrews Joint Degree Programme — a partnership between the University of St Andrews and the College of William and Mary — will walk through either the College’s Sir Christopher Wren Building or St Andrews’s Younger Hall and enter into their post-collegiate lives.

But not all 30 original members will receive the dual-sealed degree. As of April 17, 19 program students remain in the College-based Class of 2015 and 11 have dropped.

“[We] found that some students, some of those 30, didn’t really understand what the joint program was — again, it was brand new,” Associate Professor of English and Faculty Director of the Joint Degree Programme Colleen Kennedy said. “Some of them weren’t, for various reasons, very suited to it.”

Kennedy said the most common reason students leave the program is the split educational experience. The program divides the four-year college experience between Scotland and Williamsburg, Va. Participants choose where to spend their junior and senior years.

“[It’s usually] the transition for various reasons — falling in love [with one institution], homesickness, some prefer one academic style to another,” Kennedy said. “The students who have stayed over there for two years, I think, if you’re two years at one place it becomes a little difficult to leave. … We have one who’s thinking about [staying in Scotland].”

Alongside reasons attributed to the transition process, Kennedy said some students had to leave the program for reasons they could not control. Three students have left the program entirely, not transferring to either institution.

“It’s not really for everybody, obviously. There have been a lot of students that have dropped and it’s not a bad program,” College-based program participant Steph Gaber ’17 said. “It’s just, it’s not for them. And so you have to find that balance and you kind of have to think about it before you join the program.”

Chase Hopkins, a former class of 2015 College-based program participant, offered his reason for leaving the program and transferring to St Andrews.

“My experiences in both Williamsburg and St. Andrews were valuable beyond measure, but ultimately the latter proved itself better-suited to further my specific academic, professional, and social interests,” Hopkins said in an email.

In the program’s first year, all students who applied to the program and were accepted to the College received admittance. After the original 30 — ten more students than Kennedy anticipated — entered the program, administrators instituted a review process for the joint degree applicants that took place after the candidates’ acceptance into the College.

“Next year, we’re seeing the absolute reverse trend,” Kennedy said. “Most William and Mary students are planning to return here for their junior year.”

The program has changed since it began in 2011. Participants may now use one internship for major credit and are allowed to use College summer school for their major requirements. Other ongoing adjustments include finding the corresponding 202 language level at St Andrews and the possible addition of official minors based on the College’s minor system.

Looking at the future of the program, Kennedy listed some aspirational goals, including enrolling a 20-person St Andrews-based class and increasing international student participation. Of the first eight St Andrews-based students, two were not from the United States.

“American students remain the main draw for the program so far and we think the main reason for that might be that we haven’t graduated a class yet,” Kennedy said. “We think that, once we graduate a class and we can say, ‘Here’s what those students are doing,’ we’ll get more and more applicants.”

As the program grows, Kennedy said they are looking into adding more programs of study, though nothing has been finalized and the earliest this would occur is 2017 or 2018.

“The fact that it’s a commitment of two years of study in another country and required negotiating the different academic culture, the different ‘culture’ culture, being strong enough to miss your friends and yet know that you’ll see them again — we think that’s going to produce a certain kind of character,” Kennedy said.