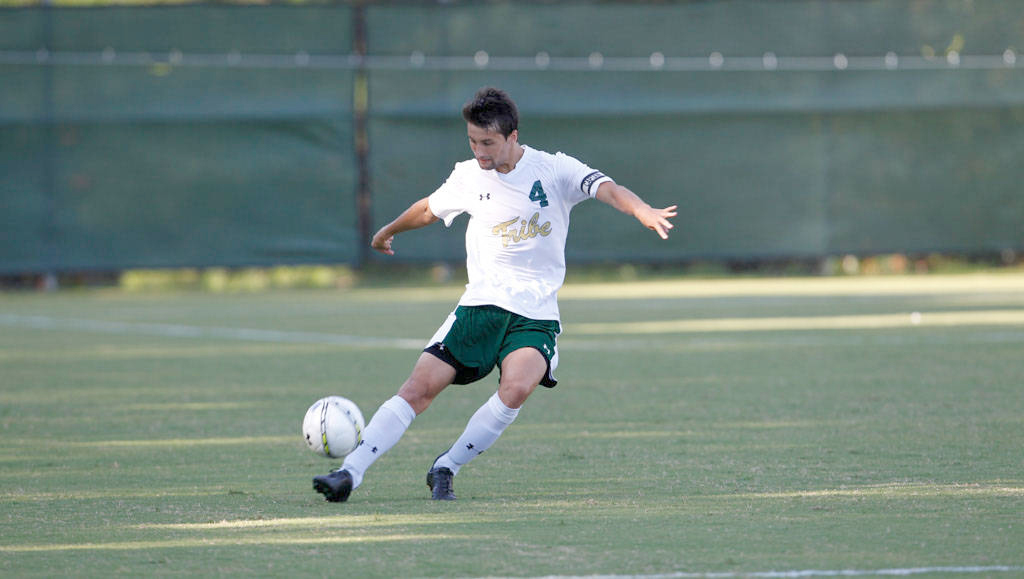 Tribe soccer turned in a mixed weekend, with a 3-2 loss against East Tennessee State University in the season opener and a 2-1 victory over Farleigh Dickson University. Both games, which took place Friday and Saturday, were held at Martin Family Stadium.

William and Mary (1-1) and East Tennessee State (2-0) played competitively right from the start and were tied 1-1 at the half. The even match-up didn’t come as a surprise, as both teams qualified for the NCAA playoffs last year and had similar records, with the College finishing 11-5-3 while the Bucs finished 10-6-4. The Tribe struck first only three minutes into the match, as senior midfielder Marcus Luster and sophomore forward Reilly Maw threaded the Bucs’ defense with a give-and-go, and Maw sent the ball in for the first goal.

The Tribe had an exhilarating series of shots at the 24th minute as senior midfielder Chris Albiston’s attempt was saved, then rebounded to senior forward Josh West, whose shot was also saved. The third time was not the charm as junior midfielder Ryan Flesch sent the final rebound just high of the net. In the 32nd minute, ETSU’s shot narrowly escaped senior goalkeeper Bennett Jones to knot the game up. Jones finished the game with three saves.

The second half proved to be the Tribe’s undoing, as ETSU stormed out of the locker room with two goals in just four minutes. A goal kick soared over the entire Tribe defense and was shot into the net by East Tennessee State’s Joao Romalho. Then, at the 50th minute, the Bucs found the goal again with a crossing kick from the left back post, earning a 3-1 lead over the College.

The Tribe fought back, and 33 minutes later, the team’s efforts paid off as senior forward Zachary Montebell headed in a score off a corner kick from Albistion. Despite a 17-11 shot advantage, the College’s offense came up just short in the waning minutes, and the Tribe fell 3-2 to start the weekend with a loss.

Against FDU (0-2), neither team could manage a fast start, and the first half ended scoreless. The Tribe offense suffered a case of deja vu in the sixth minute, with another rebound series failing to score right at the goal. Freshman forward William Eskay’s shot was narrowly saved, the rebound shot by Albistion also met the goalkeeper, and junior midfielder Jackson Eskay’s final shot sailed wide. Though the half ended 0-0, the Tribe controlled the half with an 8-2 shot advantage and a 3-0 advantage in shots on goal.

Finally, in the 65th minute, the College pulled ahead off of a header from senior defender Michael Tieman, set up by a corner kick from Flesch. FDU rallied back with a pair of shots on goal, both stopped by Jones.

“Bennett’s been the most consistent all through the preseason,” head coach Chris Norris said. “He’s earned the opportunity to start … and he deserved a shut-out today.”

In the 82nd minute, Flesch added his second assist on a long pass to Albiston, who juked out the FDU keeper for a 2-0 lead. However, the Tribe wavered some in the final stretch. FDU finally scored on a wide-open cross just a minute after the Tribe’s second goal, cutting the Tribe’s lead to 2-1. The College held off the comeback bid and secured the first victory of the season. The Tribe outshot FDU 13-10, with a 6-5 advantage in shots on goal.

“It was a good performance, relatively patient and, up until the last 15 minutes, it was relatively mistake free,” Norris said, “We didn’t do a good job killing the game off, and the kids are well aware of that.”

Up next the Tribe finishes the home game streak with a Sep. 5 match-up against Pittsburgh (1-0). Pittsburgh struggled last season with only a single victory in a 1-11-4 campaign, including an October 2-0 loss to William and Mary. However, the Tribe is focused solely on improving, Norris said.

“College soccer is not about who plays the prettiest soccer, but it’s about who makes the fewest mistakes,” Norris said, “[Reducing mistakes] will be our theme going forward.”