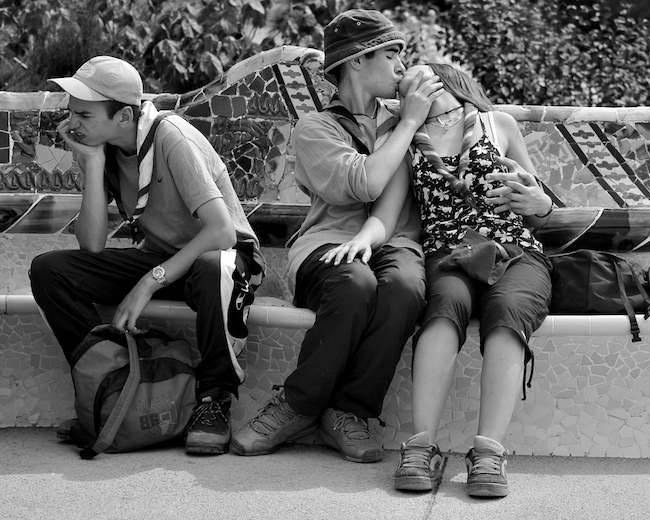 The fall semester has officially begun. Add/drop has ended, the leaves are changing, and Homecoming is just around the corner. Sweater weather is approaching and “basic” biddies are celebrating the return of pumpkin spice lattes. As the temperatures lower and optimal “cuddle weather” begins, I think it’s vital to the College of William and Mary community to remind the student body about public displays of affection or PDA.

Although I’m not a fan of PDA, it needs to be said that public displays of affection do come from a really good place. Being in a relationship is a fantastic thing. Healthy relationships can be fun and exciting and totally worth bragging about. It’s when this bragging becomes a public display of foreplay rather than affection that I choose to draw the line.

Some PDA is good, some PDA is bad, and some PDA falls within a gray area of appropriateness. For example, holding hands is a form of PDA that’s good and generally accepted. Hand-holding is the equivalent of someone calmly telling you, “Hey, you see this person here? I think they’re pretty neat.” On the other side of the spectrum, making out is a PDA that screams, “I like this person so much I want to stick my tongue down their throat!” Less aggressive kissing or touching can fall into the in between. A peck on the cheek or lips might be considered acceptable when you’re walking around campus, but not so much if you’re in class.

There are also places where PDA is more widely accepted than others. The number one place that is appropriate for showing affection is in private. As a close friend once told me, “Judge me not by the contents of my bed, but by the content of my character.” By keeping your affections behind closed doors —pun intended— you leave no opportunities for others to be filled with rage over your relationship while they sit sulking over their “singledom.” I’ll be the first to admit, however, that abstaining from PDA completely is pretty much impossible. Relationships often make us want to find the nearest talk show and profess our love Tom Cruise style.

So, if you’re not a robot and want to be affectionate in public, there are some general guidelines that you should keep in mind. It’s important to remember that there are some places that are just not meant for hugs and kisses. The stacks in Earl Gregg Swem Library are a great example. Though cuddling up to your significant other between shelves of books on Stonewall Jackson and the Civil War might fulfill some sort of sexual fantasy, there’s a good chance one of the 6,000 students on campus wants to actually use those textbooks. That student would prefer to find  those texts without having to push through a make out session.

There are also plenty of places where PDA is usually a little bit more accepted, and sometimes even expected. The most tried and true example of this is the good ol’ movie theater. My experience with going to the movies has taught me that you’re likely to be sitting in a five seat radius of a couple being excessively cuddly regardless of whether you’re seeing a rom-com or thriller or even an animated movie. Keep in mind, however, that to get a little freaky at the movies costs about ten dollars apiece, and that isn’t even counting the large soda you’ll need to rehydrate after swapping spit.

If it wasn’t evident enough already, PDA is something that makes me uncomfortable. Don’t get me wrong, I love displays of love, but that doesn’t mean I need to see you express your love by grabbing your boo’s junk. When it comes down to it, however, PDA is all about what you and your significant other feels comfortable doing in public. The ultimate moral of the story is to “do you” when it comes to PDA — as long as it doesn’t involve public indecency. That’s illegal, after all.

Mallory W is a Behind Closed Doors Columnist who secretly approves of the “PDA in the stacks” scene in the classic Rom-Com The Prince and Me.