Home Sports Features Volleyball: Tribe currently off to a 4-6 start this season 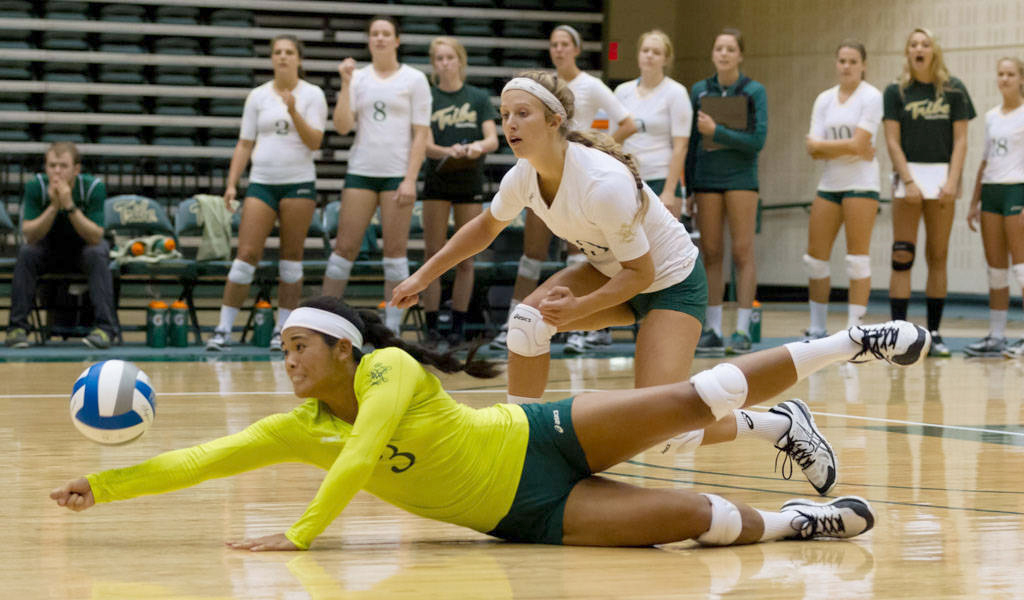 Ten games in, William and Mary sits one game improved from last season. At 4-6, the College enters this weekend’s Wolfpack Invitational with a chance to improve to a winning record.

After topping Iona 3-0 in the season opener, the Tribe dropped matches to Texas Christian University and No. 1 Penn State. Returning to Kaplan Arena, the College stormed past Hampton in its home-opener Sept. 2.

Despite dropping seven of its ten first sets, the College has won six of its second sets and five of its third sets. Including fourth and fifth sets, the Tribe trails opponents by only five sets, 21-17, through its ten matches.

Still, the College trails in points per set in all five sets so far this season.

Individually, redshirt sophomore Michelle Heath leads the squad both offensively and defensively. Through 25 sets, Heath has averaged 2.96 kills per set, 2.28 digs per set and 3.36 blocks per set. The Rustburg, Va. native was named to the Colonial Athletic Association all-rookie team last season, in which she started 14 of the Tribe’s 28 matches.

Head coach Melissa Shelton, two seasons removed from a CAA Tournament run, enters her sixth year at the helm. With a third of the season complete, Shelton and company have 21 games remaining before the conference tournament.