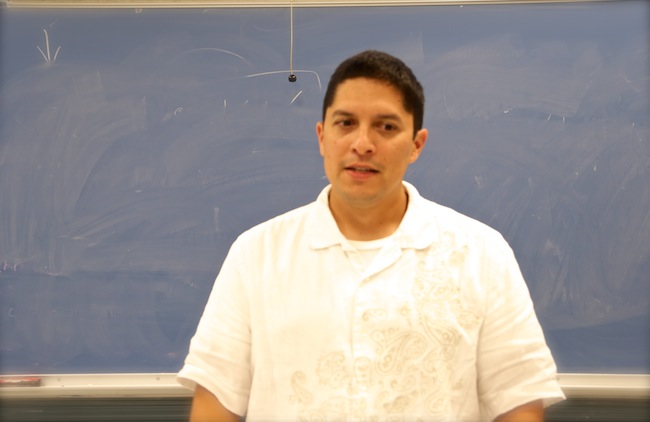 It’s arguable that most people have encountered “phenomena of unintentional negligence” in their own lives. This includes anything from forgetting to look across your shoulder for people behind you while backing out a car, missing birthday wishes for a close family member, or even neglecting to show appreciation for a good deed others have done on your behalf.

Although you might not have meant to ignore anything,  repeated trivial negligences can grow to bite both you and people around you. From there you may wonder what really caused these unintentional negligences — aside from your own will, that is.

Philosophy, it seems, speaks to your concern.

On Sept. 14, the philosophy department at the College of William and Mary held a colloquium focused on these phenomena, and culpability for non-volitional omissions.

Manuel Vargas, professor of philosophy and law at the University of San Francisco, presented the topic of negligence and social self-governance throughout the two-hour colloquium.

In his talk, Vargas drew on the philosophical tradition of moral responsibility to explain the phenomena. He noted that in this paradigm, either humans have some moral defect or limited ability to make informed moral decisions.

Although the colloquium was focused on a philosophical approach to these problems,  the topic pertained to students of all interests and majors.

“Even if it [the colloquium] was aimed at the people who specialize in philosophy, the topic was of interest to the wider university,” philosophy professor Chris Tucker said. “The most important thing I think that philosophy has to give to the student body is not necessarily the subject matter, but the kind of the critical thinking skills that are valuable.”

Vargas asked if humans possess the capacity to recognize times we react negligently. Could they do something differently the next time in a similar situation?

A popular account of these phenomena is to consider the objective conditions. For example, most people know when to do what, but some can’t recognize situations where they should react differently.

There appears to be a distinction between the two accounts, as the former emphasizes an un-exercised capacity and latter an absent capacity; however, an individual’s moral responsiveness may depend on his or her context. Given this variance, a “blamers and blame” system has developed to help regulate  decision-making.

“Blame triggers guilt which enables people to rebuild their motivation and improve,” Vargas said. He continued to say that society sets a threshold for people’s responsibility capacities, from “could have recognized” to “did recognize.” We sometimes need to push ourselves to foster recognition and cultivate the ability to recognize social responses.

“Negligence is accounted for by vindicating the thought that there was an un-exercised capacity that was present,” he continued. “Cultivate the ability to recognize social response is an approach to building better beings.”

Max Miroff ’16 left the colloquium with a positive experience. “The colloquium is well organized and informing, and ideas are voiced in a clear form,” he said.

The philosophy department is sponsoring a series of colloquiums for the duration of the semester. These talks are open to both students and faculty.