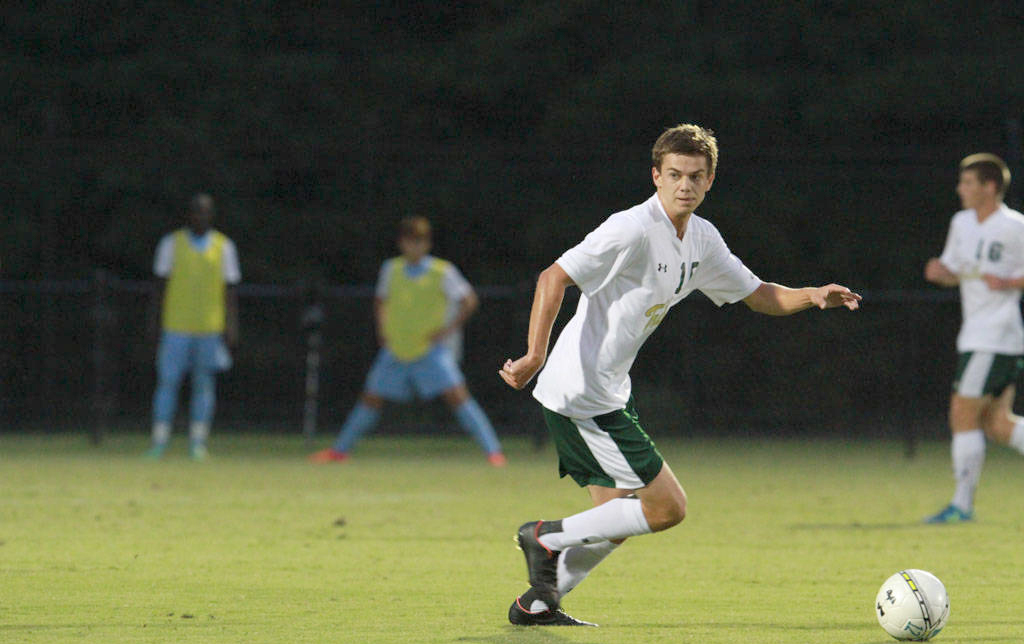 All appeared right with William and Mary’s offense Sept. 5. The College had scored eight goals in its first three games, including a 4-0 rout vs Pittsburgh at Martin Family Stadium. In the four games since, however, the Tribe has four losses and not a single goal to its name. The skid continued Sunday afternoon, as the College fell to No. 13 Georgetown, 1-0, in Washington, D.C.

“We fought hard and executed our plan pretty well against a Georgetown team that I believe is a national contender,” head coach Chris Norris told Tribe Athletics. “If we don’t allow our current frustrations to get the better of us, and play with the same determination with which we did today, I’m confident our fortunes will turn.”

Norris’ optimism couldn’t have been much consolation on Sunday. The Tribe (2-5-0) managed just one shot on goal and only seven in total, barely threatening the Hoyas (4-3-1). The College’s defense was steadfast against Georgetown’s attack, allowing just eight total shots, but once again the defensive effort wasn’t enough to lift the struggling offense.

The Tribe generated the first shot of the game, as junior midfielder Jackson Eskay fired a strike past the Georgetown net in the sixth minute. Senior forward Chris Albiston also threatened in the 17th minute, but the shot sailed harmlessly wide of frame as the game was scoreless for most of the first half.

The College nearly earned its first goal in 16 days in the 31st minute, when Eskay launched an on-target shot towards the goal. Georgetown goalkeeper Tomas Gomez cut off Eskay’s strike, however, keeping the game at a 0-0 deadlock with his only save of the day.

Just moments later, in the 34th minute, the Hoyas notched a goal with a complex offensive sequence. Georgetown’s Josh Turnley sent a long cross to forward Alex Muyl, who slipped the ball to substitute Arun Basuljevic. Basuljevic, who played just 41 minutes in the game, fired the ball past Tribe senior goalkeeper Bennett Jones to give the Hoyas a 1-0 lead that the team carried into halftime.

The College’s offense battled throughout the second half, but was unable to get a shot on goal. Eskay misfired a header in the 48th minute, and sophomore forward Reilly Maw’s attempt soared over the crossbar in the 51st minute. Albiston sent a shot toward the Georgetown net, but the Hoyas’ defenders knocked the ball off course. The 75th minute deflection turned out to be the Tribe’s last chance to tie the match, and the game ended in a 1-0 shutout loss.

The loss was the College’s fourth in a row, continuing a skid that has derailed the early stage of its season. The Tribe has allowed just five goals in that span — thanks in part to Jones’ 17 saves — but the offense has been devoid of any spark. With 11 games remaining on the Tribe schedule, the College has time to turn its season around, but it will have to start that process soon.

The College’s road trip continues on Wednesday, when the squad faces UMBC in Baltimore, Md .at 7 p.m. The Tribe returns to Williamsburg Friday, where it will host UNC-Wilmington. Kickoff is set for 7 p.m. at Martin Family Stadium.