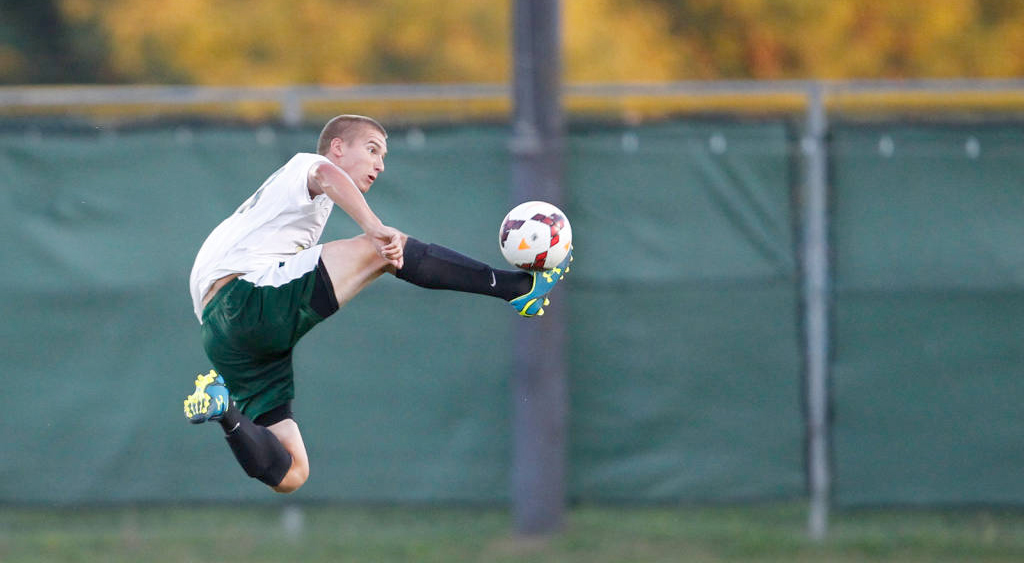 William and Mary fans had concerns about the College’s defense this season, particularly given the recent graduation of two three-year starters on the backline, Will Smith and Roshan Patel. The Tribe’s defense dispelled any concerns, allowing just one goal in its past two games. The offense dominated on Friday night, sprinting to 4-0 romp over visiting Pittsburgh University (1-1) at Martin Family Stadium. However, that same Tribe attack failed to strike on Monday night, as the College fell to North Carolina State University, 1-0.

The Tribe was nonetheless impressive against Pittsburgh, an offensive performance that signals the shift of the program’s centerpieces from back to front. Senior forward Chris Albiston and sophomore forward Reilly Maw scored two goals apiece against the Panthers, each player’s first career multi-goal game.

Maw, who showed flashes of impact play in the second half of last season, also contributed an assist to Albiston as part of his career day. The assist increased Maw’s point haul to five in the match, despite playing just 53 minutes. Senior forward Josh West added two assists to the effort.

Albiston and Maw are leading the Tribe’s deep stable of offensive-minded players so far on the season with three goals each. Albiston leads the team with 11 points. The offensive’s early production is reassuring to many fans after the switch of junior Jackson Eskay from forward to midfield following his electric 2013 campaign. Eskay’s scoring instincts were essential to the success of last year’s squad, as he led the team in goals, shots-on-goal, and points. Eskay has been limited to just four shots so far, far below his average from last year.

Senior goalkeeper Bennett Jones played every minute College’s first four games, even though sophomore goalkeeper Mac Phillips started all but one game at the position last year. Jones was sharp in goal Friday, earning two saves and his first clean sheet. Senior defender Michael Teiman looks to anchor the backline this year, after three years of playing with Patel and Smith.

Maw needed just over five minutes to get his first goal against Pittsburgh. West placed a superb corner kick pass into the scrum, while Maw picked it out and put it home with a header. That quickly placed the Tribe on top against the newest member of the Atlantic Coast Conference.

Pittsburgh’s only chance of the first half came in the 32nd minute, as the Panthers’ Romeo Charron stole the ball from a defender inside the Tribe’s defensive third. His screaming shot whizzed harmlessly to the right of Jones’ goal, and the Tribe headed into halftime with a tenuous 1-0 advantage.

Five minutes into the second half, Albiston gave his team some breathing room, scoring two goals in nine minutes to signal the rout with a 3-0 College lead. The first of the two goals came off a Pittsburgh turnover that allowed Maw to make out down the left side and find Albiston unmarked just inside the box. Albiston beat Panthers’ goalie Dan Lynd from 10 yards out for the goal, a feat he would duplicate minutes later.

The College’s final, exclamation point goal came in the 84th minute from a West steal and assist to Maw, whose upper-90 goal extended the chokehold to 4-0 and ended his team’s season opening home stand in emphatic fashion.

The College’s attack screeched to a halt against NC State on Monday night, however. The Tribe (2-2) placed just nine shots in the match, a figure that the Wolfpack (2-1-1) matched. NC State managed five shots on goal to the College’s four, and neither squad managed to muster any offensive potency in the rainy conditions. Tribe head coach Chris Norris attributed part of the team’s struggle to the rain.

“The weather definitely played a part and affected us on the offensive third of the field, but it was still about as even played a match as it could be,” Norris told Tribe Athletics.

There’s no doubt that the game was close. The decisive goal came in the 22nd minute, when a Wolfpack player sliced behind the Tribe’s back line and drew a foul in the penalty box. Roland Minogue stepped up for NC State, ripping a penalty kick past senior goalkeeper Bennett Jones to put the Tribe in a 1-0 deficit.

“Unfortunately for us, [the Wolfpack] made the most of the one defining moment of the match,” Norris told Tribe Athletics.

The Tribe had a few scoring chances of its own. Senior forward Josh West fired a sharp pass to senior midfielder Marcus Luster near the goal, but the Wolfpack defense blocked his shot. The College also rallied in the second half, putting two shots on goal in a quick sequence. The Wolfpack’s Alex McCauley turned away shots from senior forward Chris Albiston and junior midfielder Jackson Eskay, keeping the Tribe scoreless and salvaging the Wolfpack’s victory.

The Tribe will travel to St. Francis Friday for a 4 p.m. match, and will return to Martin Family Stadium for a showdown with North Carolina next Tuesday. The match-up with UNC will start at 7 p.m.