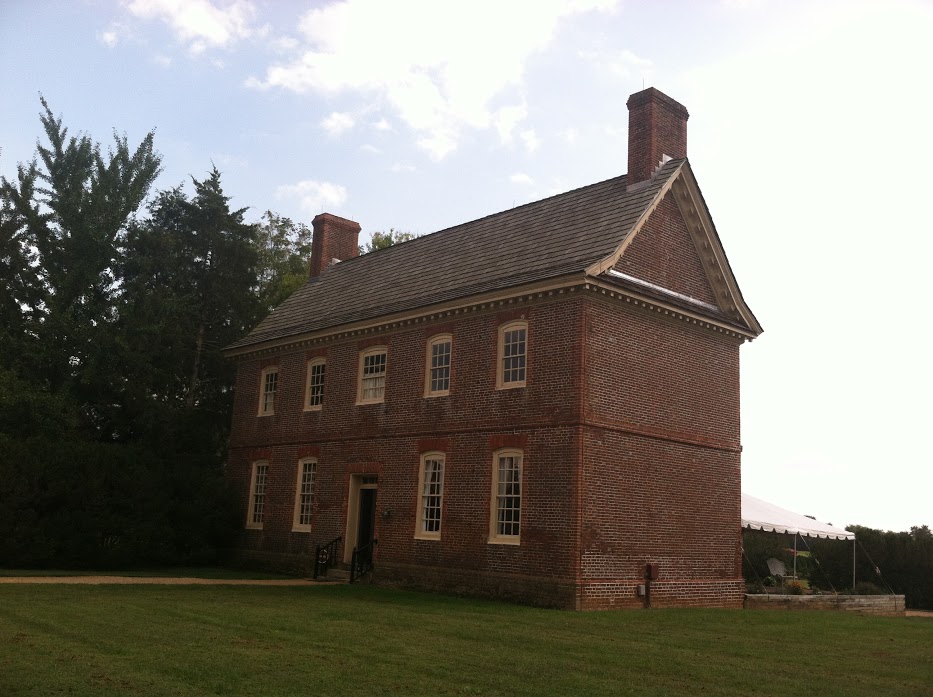 Although most students and faculty greet Friday as an end to a busy school week, for history professor James P. Whittenburg and the students in his freshman seminar, “Virginia in the Age of the American Revolution,” class takes place all day Saturday — and not in the traditional classroom.

Together, Whittenburg and his students spend their Saturdays from 8 a.m. to 4 p.m. visiting historical sites such as Monticello, Yorktown Victory Center, Westover Plantation and the Frontier Culture Museum.

Whittenburg is also teaching an upperclassmen course this semester called “From the Founding of Jamestown to the American Revolution,” which travels to historical sites and meets all day on Wednesdays.

“We had just moved into James Blair Hall – I think that was ’95 – and I was having a discussion walking across the parking lot with Helen Campbell Walker, who at that time was in charge of the undergraduate schedule for the history department,” Whittenburg said. “[She] said we were short on freshman seminars and I said, sort of out of the blue, ‘Well, I’ll do one but I have to do it all-day and on Saturdays.’”

Since then, Whittenburg has developed three all-day courses, two of which he is currently teaching. The other focuses on the American Revolution through the Civil War.

“I started with the Jamestown through the Revolution one and I was having so much fun that I wanted to come up with another course,” Whittenburg said. “And I thought, what the heck? We’ll just go from the American Revolution through the Civil War.”

These three all-day courses have also led to opportunities for high school students, as well as other college students, in the form of summer programs.

“When we began [the National Institute of American History and Democracy] in 2001, the all-day courses became the model for the W&M Pre-Collegiate Summer Program,” Whittenburg said in an email. “They were also incorporated as ‘core’ courses in the Semester-in-Residence Program that brings students from other colleges and universities here to study for a semester or a year

Graduate of the NIAHD pre-collegiate program Kelsey Mathern ’18 is currently enrolled in the Saturday freshman seminar.

“I loved it then and still love it now,” Mathern said. “In my past pre-collegiate experience it was spread over three weeks in the summer and our days were filled with fieldtrips and those sort of things.”

Graduate student Amy Stallings ’06 serves as the teaching assistant for the all-day Wednesday course and is a previous student of Whittenburg’s all-day courses.

“For me as a freshman, his classes were not only the ones in which I felt the most comfortable, but also over the course of my four years of undergraduate work they remained the classes I remembered the most information from,” Stallings said. “Also the experience of being on site rather than just sitting in a classroom gives the information an entirely new spin and a new perspective.”

“For me there is nothing like that class offered anywhere, and no better place to take it than here,” Stallings said.

Mathern agreed with this sentiment.

“It explores history in a way that most students don’t really get to experience and I would consider a much more realistic approach to history, definitely more of the historian side where you gather your information from what you see in front of you, the primary source, the actual location, which makes a difference in how you actually think about it,” she said. “Honestly, I couldn’t imagine spending a Saturday any differently.”

According to Whittenburg, the idea for these courses came through his relations with departments such as the Old Virginia Research Center of Archeology, as members of the department would contact Whittenburg for any available labor to help with archeological projects.

“I would round up students — initially it was just graduate students because I was director of the graduate program in history — and then undergraduate students, as well,” Whittenburg said. “My job was to get them out there, wherever this job was, and I was introduced to the power of historical sites and material culture and being on location.”

Through these events Whittenburg began to change his teaching methods by encouraging these hands-on experiences in his classes.

“I started working fieldtrips into my bread-and-butter courses and I would take students on an entirely voluntary basis on field trips on Saturdays,” Whittenburg said.

Since then, Whittenburg’s three courses have taken students to historical sites ranging from the close proximity of the Williamsburg community to as far away as Gettysburg, PA.

According to Whittenburg, the experience of visiting these sites is far more valuable than any two-dimensional text or media.

“If you go to, not all, but some places and just visualize what went on there, what does that have to tell us about people in the past and society in the past?” Whittenburg said. “That’s what I’m shooting for, what these sites can bring to the imagination.”