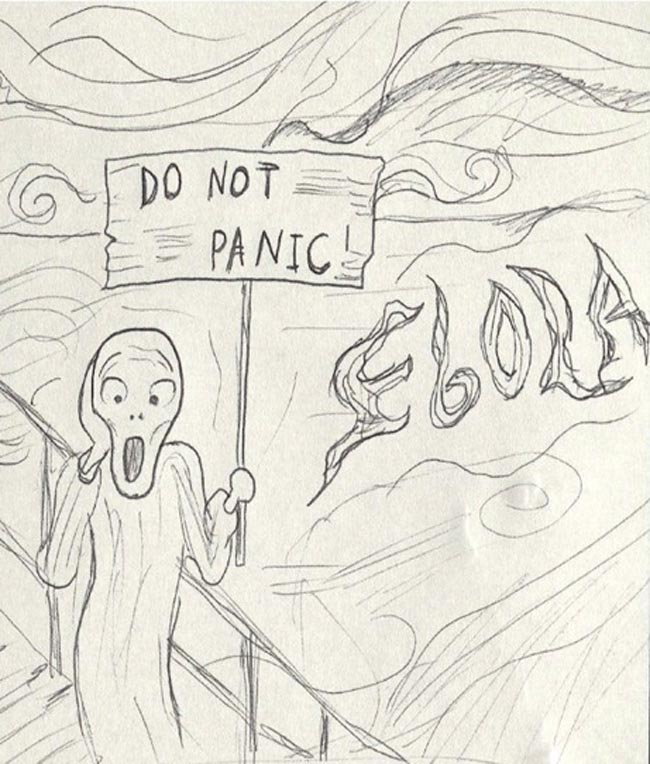 Every day, we see a new batch of headlines similar to “Ebola in America: Who’s Being Watched Most Closely,” “Ebola: Five Ways the CDC Got it Wrong,” and “Ebola Unease Hangs Over Dallas.” As the crisis worsens in West Africa and cases are discovered in the United States, panic is reaching new heights.

This panic has now spread to one of the nation’s universities. At Syracuse University, Pulitzer Prize-winning photojournalist Michel du Cille was uninvited from an upcoming journalism workshop due to his recent coverage of the Ebola outbreak in Liberia. This was in spite of the fact that du Cille has been in the U.S. for three weeks and has passed the 21-day incubation period without showing symptoms of the disease.

A university is meant to be a place of reason and learning, not a breeding ground for mounting hysteria. While I understand the worries of the Syracuse administrators, those worries are not based in fact. If du Cille has already passed the incubation period and is still asymptomatic, there is barely any chance that he is carrying the disease — and even less chance that he could pass it on to someone else.

Nevertheless, quickly growing concern amongst students and parents pushed Syracuse to look past these facts. Instead, fear took precedence over reason, and where caution would normally be applauded, here it may only make things worse.

The University’s administration has fed into the irrational fear we are seeing throughout the country. Where it could have shown a commitment to reason, it chose to bow to pressure. It is fair to ask: What will Syracuse do if a student from Liberia catches a cold or the flu and sneezes in class?

This may seem like a silly hypothetical, but with flu season approaching, Syracuse’s level of anxiety could prove to be a total nightmare. Many of the flu’s symptoms are similar to the early warning signs of Ebola: fever, body pain, vomiting and diarrhea. Where should our universities stand then? How far should they let their caution take them? What minimal amount of pressure will lead them to an extreme response?

Ultimately, the students at Syracuse were denied a valuable learning opportunity. There’s a sad irony in the fact that an individual with so much first-hand experience with Ebola was prevented from sharing his knowledge by panic over the disease.

If we follow the same path as Syracuse, Ebola will rob us of more than our peace of mind. It will substitute fear for reason and obscure the learning opportunities that can actually help us to combat a disease that could be with us for some time.