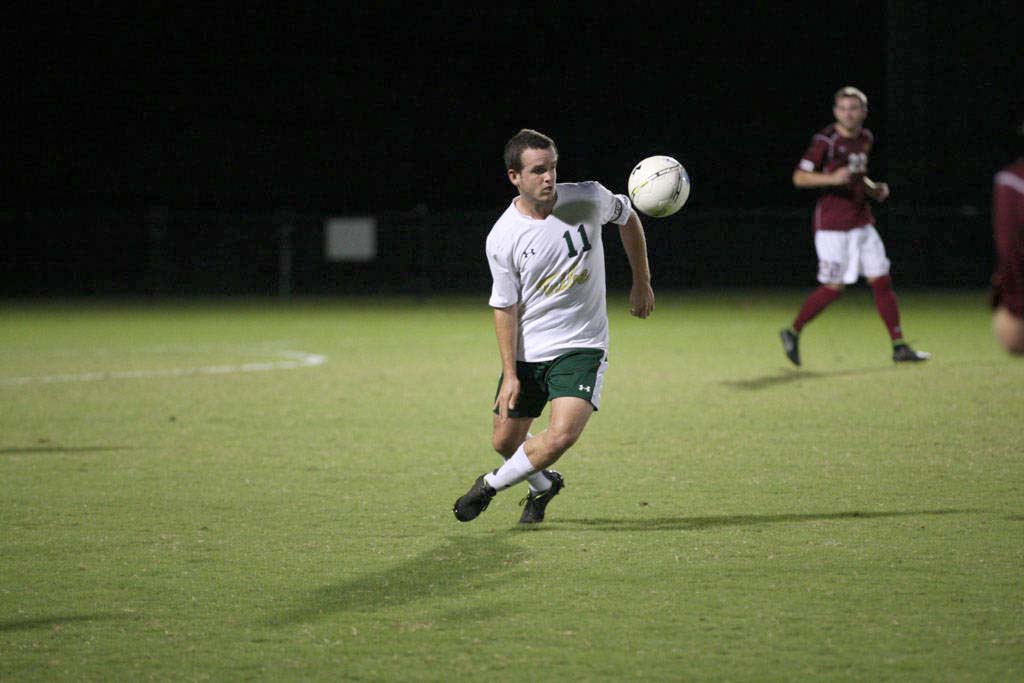 While the 3-1 score line may suggest otherwise, William and Mary remained competitive for the full 90 minutes in a loss to conference foe Delaware.

The College (5-9-1, 2-3-1 CAA) had plenty of offensive chances, including five shots and two corner kicks, but failed to produce any goals. Delaware’s (10-4-0, 3-1-0) tight defensive line forced the Tribe to commit offside infractions five times, including one call that wiped away a goal in the 82nd minute.

“We started in a way that wasn’t 100 percent. It was maybe 85 percent, 90 percent of what we wanted,” head coach Chris Norris said. “What we were really missing wasn’t tactical, it was a little bit of belief, a little bit of energy, and urgency. When you get into tight games like this, you need players to make plays on both sides of the ball. That inspires other players to make plays, and I think we lacked that.”

Norris said he felt part of the lack of energy may have stemmed from conceding the first goal. For 38 minutes, neither team gave an inch.

But a costly turnover allowed the Blue Hens’ junior midfielder Joe Dipre to take possession. Dipre fired a shot outside of senior goalkeeper Bennett Jones’s range in the 39th minute, registering the first score of the night. Dipre had an excellent night for Delaware, earning four points off two assists and a goal. The Blue Hens went up 2-0 in the 68th minute, scoring off a header by sophomore midfielder Guillermo Delgado.

Freshman forward William Eskay scored the Tribe’s lone goal of the night in the 76th minute, his fourth of the season. Eskay ranks second on the team in goals scored.

Another freshman, defensive back Adam Crenshaw, was credited with the assist, his first point of the year. Crenshaw delivered a perfect cross into the penalty box, and Eskay fired the ball into the net.

“I was just sort of hanging back, waiting for a deflection or ball to come through and basically that is exactly what happened, just dropped right onto my foot,” Eskay said.

Still, being in the right place at the right time was enough to dig into Delaware’s lead, making the score 2-1. After being shut out twice in its previous three games, the College was able to avoid another blank slate. Shortly thereafter, however, the Tribe allowed its third goal of the night.

Despite conceding three goals, Jones made some nice plays in the net, including a fantastic diving save in the 27th minute. He finished the night with four saves.

The Tribe’s next match, a home game against rival Old Dominion this afternoon, will be its last home game of the year. The game kicks off at 7 p.m., and will be televised locally on the Hampton Roads Sports network.

“It’s going to be a bittersweet moment,” senior captain Michael Tieman said on the prospect of playing his last game at Martin Family Stadium. “I’ve had a great, great four years here. Every senior can tell you when the last game comes you have to reflect and you want to look back over your four years positively. So it’s going to be something we’ll enjoy, as it’s our last chance here.”