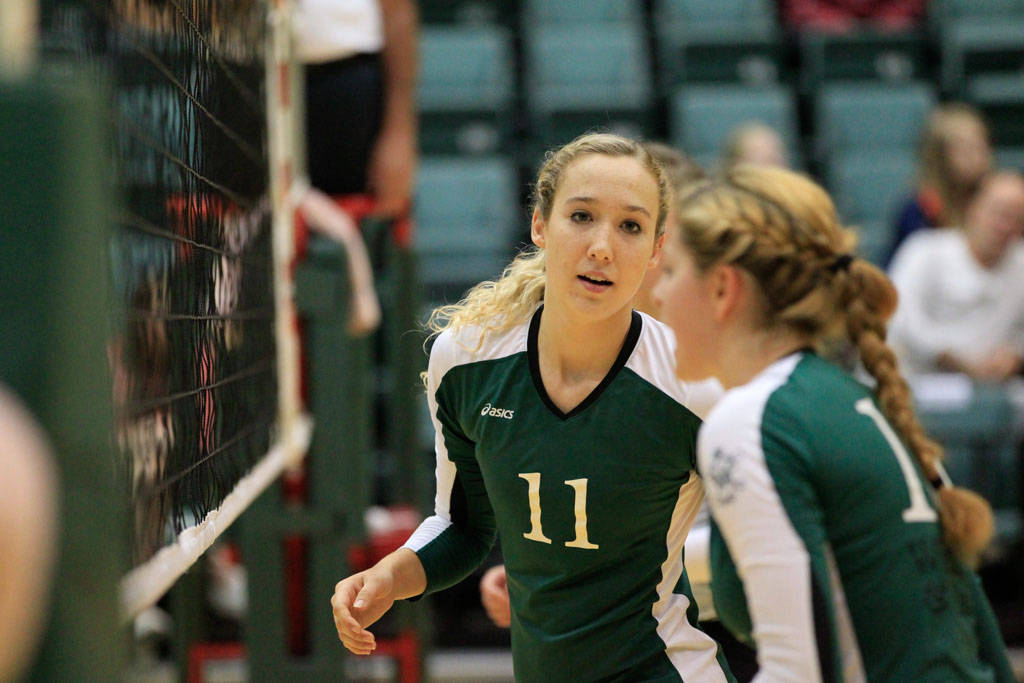 William and Mary (6-23, 2-12 CAA) wasn’t able to close out its final home stand quite the way the team would have liked, but the future appears to be brighter.

In the first match, the Tribe played a strong first set but eventually fell 28-26 to the Tigers. Despite managing 13 blocks, the College dropped the next two sets by margins of 25-23 and 25-18.

Junior Dessi Koleva had 12 kills and 23 digs, while sophomore Gabrielle Pe led the team with 22 assists, but their efforts weren’t enough to hold off Towson.

Saturday was senior night, and the team honored seniors Monica Stanciauskas and Liz Brown. With only two members of the team graduating, the ceremony partially signified the Tribe’s youth, which bodes well for the future.

Despite the pre-match festivities, the College fell to a tough Delaware squad led by Chandler Bryant.

“We really struggled slowing down number 10 tonight: Chandler, she’s fantastic,” head coach Melissa Shelton said. “We struggled with her at their place too.”

Shelton was impressed with Koleva, who had eight kills to go along with 17 digs.

After dropping the first two sets by scores of 25-18 and 25-19, the Tribe played Delaware to a 23-23 score line in the third set before surrendering the final two points.

“We really don’t match up very well with them, but tonight we saw a lot of really great defense from our team,” Shelton said. “When we combined that with great offense in the third set, we were really close.”

The Tribe’s next game is Friday against Northeastern in Hempstead, N.Y. at 7 p.m.