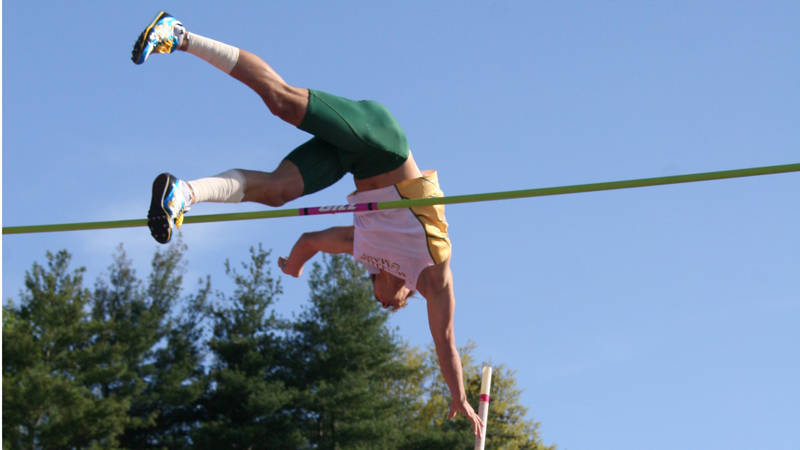 William and Mary traveled to Blacksburg, Va. for the Hokie Invitational, its second indoor meet of the season. The Tribe men came away with three Intercollegiate Association of Amateur Athletes of America qualifiers while the women garnered five Eastern Collegiate Athletic Conference qualifiers.

During Friday’s men’s action, freshman Dylan Anderson broke the College’s freshman records for the 60-meter hurdles and the 300-meter dash, recording times of 8.56 and 36.03 seconds, respectively. Sophomore Alex Hendrick also had a successful day in the sprints, with his 7.17 second 60-meter dash earning him 10th place on the College’s all-time list.

In the middle distance and distance departments, sophomores Troy Sevachko and Trevor Sleight produced impressive results. Sevachko ran the second-fastest 600-meter race in Tribe history, covering the distance in 1:24.71 seconds, while Sleight placed sixth overall in the 3,000-meter with a personal best 8:26.80.

Sophomore Lukas Wratschko tied for eighth in the unseeded pole vault event with a 4.52-meter mark. Fellow sophomore Derek O’Connell vaulted over the 16-foot mark for the fifth time in his indoor career, reaching a height of 4.92 meters and earning an IC4A qualifying mark in the process.

On the women’s side, junior cross-country standout Emily Stites placed second in the 3,000-meter in a time of 9:25.52, qualifying for both the ECAC Championships and the USA Indoor Track and Field Championships. Senior Dylan Hasset also ran her way to an ECAC qualifier with a 9:52.84 mark.

Junior Ashley Woodwards eclipsed her own school record in the 300-meter dash by over a second, placing 18th overall with a 40.82 second finish.

Senior Carolyn Hennessey produced another impressive performance in the distances for the women, smashing her personal record in the mile by over 17 seconds and placing third overall. Her time of 4:49.24 was the eighth fastest in school history.

Senior pole-vaulter Lizzie Powell, who transferred from host Virginia Tech to the College in 2013, was in action Saturday. The former Hokie set a record with a vault of 3.95-meter, the sixth-best indoor mark in Tribe history.

Both the men and women head to Newport News Saturday to take part in the Christopher Newport Captain’s Invitational.