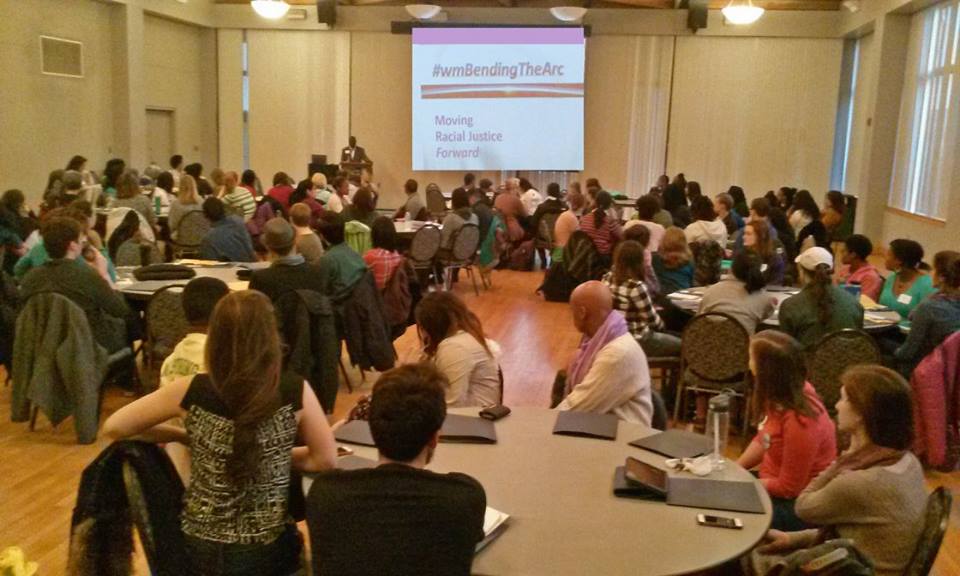 The goal of WMSURE is to increase opportunities for those at the College of William and Mary who add diversity to the student community — for example, members of underrepresented groups or those who are the first in their family to go to college.

The seminar began by explaining the idea of a “New Discourse in the South.” This new discourse is defined by “social justice language,” language that fosters an environment where relationships can be repaired instead of language that accuses and tears down both sides of the issue. As explained in the seminar, an important resource in beginning this new discourse at the College is the Racial Climate Survey provided by the Student Assembly.

Thomas presented solutions to modern-day racism through restorative practices. The goal of restorative practices is to mediate conflict and tension by building upon and repairing relationships, ideally generating social capital and greater community harmony. For example, using affective statements — “when you said that, I felt hurt” — is a more effective way of solving interpersonal problems rather than using accusatory statements — “you said that to hurt me.”

The workshop ended with an open discussion and dialogue about race and discrimination, specifically at the College. Monica Griffin ’88, director of community studies and engaged scholarship, director of Sharpe Community Scholars Program and executive associate professor of education, reflected on how the seminar itself said a great deal about how much times have changed since her undergraduate years at the College.

“This used to be a dorm room level conversation,” she said.

Griffin also mentioned parallels between issues like Affirmative Action in the 1980s present at her time at the College and current issues like Ferguson that affect today’s student body. In a question-and-answer session about how to speak up in situations where racist language or ideas are being purported, Griffin encouraged listeners to continue to have strength.

“It’s always going to take courage to engage,” she said.

Chon Glover ’99, ’07, Chief Diversity Officer, said racism in the contemporary world is persistent, even at a school like the College.

“We aren’t in a post-racial society, and William and Mary is a microcosm of society,” Glover said. “We want to have [an] on-going conversation.”