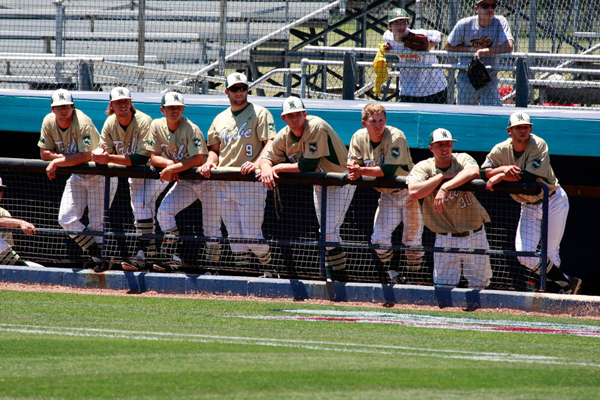 Last season saw the College win its first-ever Colonial Athletic Association regular season title and advance to the CAA Championship for the second consecutive season. Head coach Brian Murphy took home the conference Coach of the Year award in his first season and Michael Katz earned the Player of the Year nod.

“Last year was certainly a good step to solidify ourselves as a contender in the league year in and year out,” Murphy told Tribe Athletics. “We accomplished a significant goal by winning our first-ever regular season title. Looking back on that, it shows just the consistency we played with throughout the year. We had contributions from a lot of people, and the postseason awards really showed that.“

Murphy and the College enter the 2015 season with no definitive favorite for the conference title. The College finished third in a preseason coaches’ poll, behind the College of Charleston and North Carolina-Wilmington.

UNC-Wilmington finished third last season and missed the CAA Championship thanks to a 12-6 loss to the Tribe in the tournament. Historically, the Seahawks have placed well, winning the conference in 2012, 2006 and 2004.

Elon, a newcomer from the Southern Conference, figures to vie for the title as well and placed fourth in the preseason poll. Despite a 27-26 record a season ago, the Phoenix is regarded as one of the top programs in the competitive Southern Conference.  Head coach Mike Kennedy has earned a winning record in 16 of his 17 seasons with Elon.

Murphy will deal with losing a core of players to Major League Baseball: Michael Katz (New York Mets, ninth round), Nick Thompson (St. Louis Cardinals, eighth round), Ryan Lindemuth (New York Yankees, 37th round) and John Sheehan (Colorado Rockies) all signed contracts after the season’s conclusion. All told, the College has sent seven players to the pros over the last three seasons.

Katz and company look to join Will Rhymes ’05 in the majors. Rhymes most recently played for the Tampa Bay Rays.

“I think as you try to continue to maintain consistency in a program, some of [the] people that have been through the winning seasons, and been key contributors, and having them back — makes it transferable,” Murphy told Tribe Athletics. “They know what it takes, and they’ve done it before, and we have had those experiences. Obviously each team needs to learn how to win on their own, but having guys that have done it before is a big help.”

The College opens on the road against the University of Mississippi for a three-game series. The teams last played in the 2013 Raleigh Regional, where the Tribe topped the Rebels 4-2 and 4-1. First pitch is set for 5 p.m. Friday.