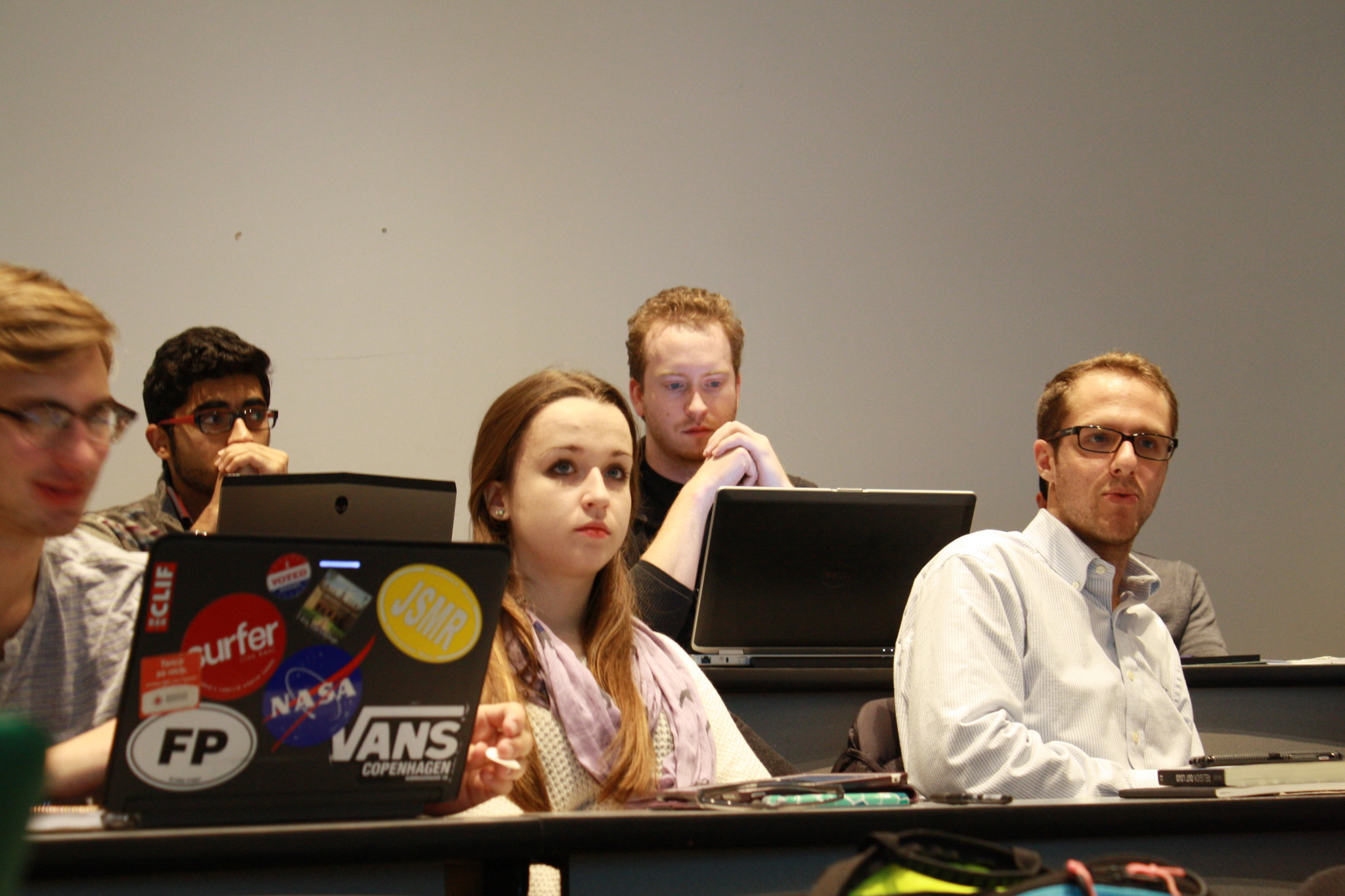 During the Student Assembly Senate’s Mar. 17 meeting, the legislative body heard requests from WCWM — the College radio station — and Someone You Know, a sexual assault prevention group on campus. Although the Senate voiced support for these two groups, they ultimately could not pledge the full requested amount because of the weight of past spending this year.

WCWM appealed a denied activities and events request for $18,700 to fund the WCWM Fest, a music festival held once a semester.  WCWM initially submitted its request Feb. 7 for the April 25 event.  During the meeting, WCWM amended the request to $10,000.

WCWM station manager and Media Council representative Sarah Henry ‘16 said the Media Council did not respond positively to past requests for funds for the music festival.

However, the strong student attendance at past WCWM Fests encouraged the senate to consider paying a portion of the requested $10,000.

“Keep in mind that we have this conversation every single year,” Chief of Staff Drew Wilke ’15 said. “Yes, we have a month and half left, but at the same time, how much is really coming up still? This event, to me, is probably going to be more successful and have more student attendance than anything else happening in the next six weeks.”

“I strongly, strongly recommend $6,500,” Jordan said. “I think that we would be splitting hairs to battle between $6,500 and $6,000, and we should especially give them that $500 because they have been waiting since February.”

$1,500 would be taken from the activities and events fund and the remaining $5,000 would be from the SA reserves.  The senate unanimously passed the motion to provide WCWM with $6,500.

Someone You Know, in partnership with the Healthy Relationships branch of HOPE, also submitted an activities and events request.  The group asked for $5,500 to bring Nancy Donoval, an award-winning storyteller and sexual assault educator, to campus April 1 and 2. Donoval also spoke here last year and Someone You Know expects that approximately seventy-five people would attend.

“I do think this is a great event, and this is a cause that is worth our attention and our promotion, but that’s not why I’m about to say what I’m about to say,” Sen. Danny O’Dea ’18 said. “I could not, in good conscience, vote for this bill at $73 per perspective student attending … because I don’t think that there are many events worth justifying that cost per student.”

Chairman of the Senate Dan Ackerman ’16 motioned to provide Someone You Know with $1,000.  The motion passed with unanimous consent.

The Senate also practiced frugality with its own bills.  The Richard Cornish Speakers Series Act, which originally requested $2,900, passed by unanimous consent after a friendly amendment cut $250 from its advertising budget.

The Vans Vans Baby Act also passed by unanimous consent.  The bill funds $800 from the Student Activities Reserve to pay for vans to off-campus baseball and lacrosse games.

Additionally, Sen. J.C. LaRiviere ’17 introduced the Honor System Policy Accountability Resolution.  The resolution addresses the relationship between the Senate and the Undergraduate Honor Council and calls for a reform of the Honor Council’s policymaking authority and its method of selecting its members.

Ackerman assigned the resolution to all of the committees.

Walker introduced the Equal Representation Committee Act.  The bill will create a standing committee to determine how to improve communication between the Graduate Council and the Senate and how to ensure the Student Assembly represents the Graduate Council’s interests proportionally.